How to Potentially Fix ODU’s 2020 Schedule Under COVID-19 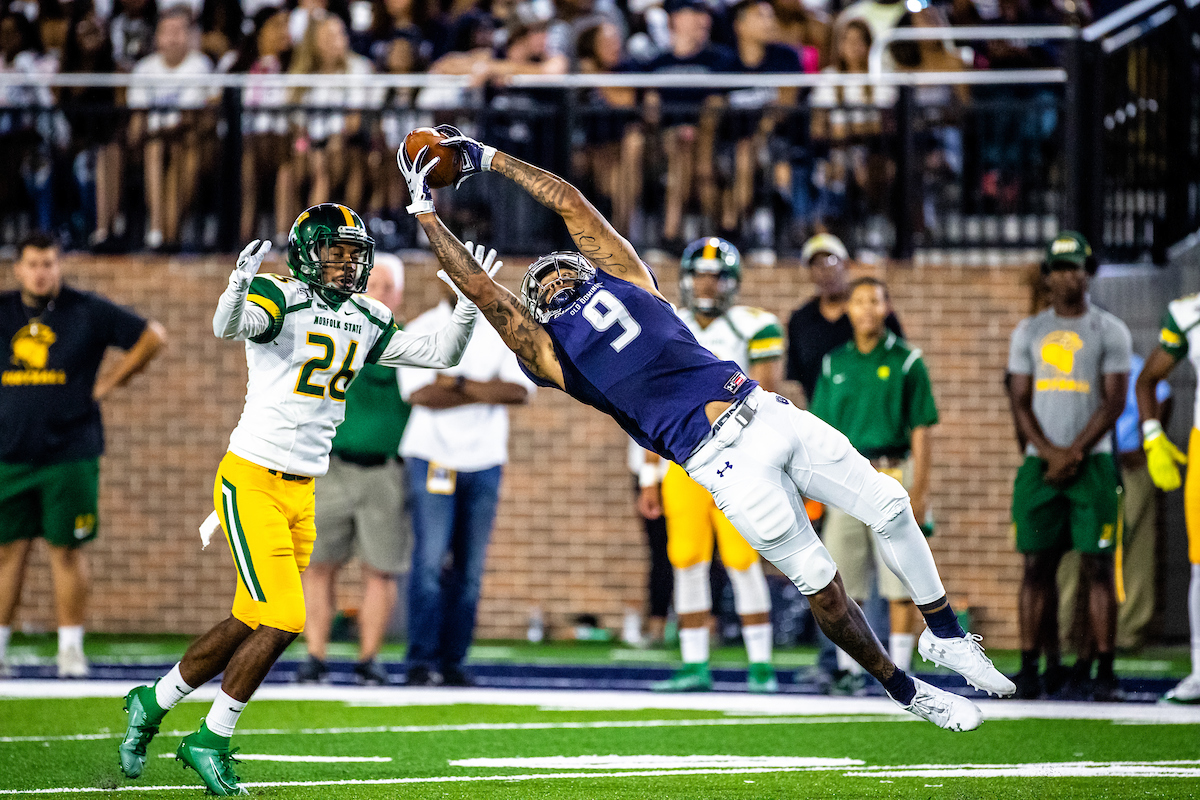 We are sitting, give or take, 60 days away from the start of the college football season. Let’s set the table for you: the Big Ten has canceled all non-conference games and the ACC is reportedly shifting to an all-conference schedule. The Pac-12 probably isn’t far behind in making changes.

At the time of writing, those are the only changes.

But let’s just say Conference USA follows suit, which one could reasonably believe that each conference will. Old Dominion would lose its Week 1, 2, 5 and 8 games against Wake Forest, Hampton, Connecticut, and Virginia, respectively.

But even inside C-USA, there are some strange scheduling issues. Wake (179 miles), Hampton (13.4 miles), and UVA (165 miles) are all closer to ODU than most of its 2020 conference opponents.

Week 3 foe Florida International will be traveling 967 miles for its game at ODU. Middle Tennessee will have a 688-mile trek for its Week 4 contest.

ODU travels to UTSA in Week 7 — a 1,600-mile trip. In Week 9, the Monarchs are set to play Western Kentucky, 734 miles from Norfolk. UAB will have to travel 711 miles to ODU for its Week 10 contest, while Charlotte, one of the closer schools in the conference, hosts ODU in Week 11. That’s 316 miles from ODU.

The next week, ODU is set to travel to Florida Atlantic, a 920-mile trip, before finishing its season with a visit from Marshall. The Thundering Herd will have to travel 456 miles to ODU.

While Charlotte is the only school in Conference USA less than 350 miles from ODU, the Monarchs can’t just play them eight times. So how do you play a conference-only schedule while still limiting travel?

While ODU can’t play Charlotte eight times, they could maybe play twice. A lot of NAIA schools have been scheduling teams for home-and-homes this season. While there is more money involved in Conference USA than in NAIA, maybe we can learn from that idea — at least for this season.

If we limit schools to 750 miles of travel which is still a lot, that means ODU could play Charlotte twice, Marshall twice, Middle Tennessee twice, and Western Kentucky and UAB once each, only losing conference games against FIU, FAU, and UTSA.

But what happens to the other four weeks?

ODU can keep the Hampton game as it’s only 13 miles away and replace the assumed-canceled Wake Forest game with Liberty. The Flames are only 208 miles away and Liberty would also have a hole for Week 1 as it is scheduled to go to Virginia Tech. Those two could play again on Oct. 3 as Liberty currently has Bowling Green on the schedule. If the MAC goes to conference-only, that could be a good solution for both.

Another potential game could come against James Madison as the Dukes would need to replace a game against North Carolina on Sept. 19.

The rule regarding two FCS wins for bowl-eligible teams will need to be scrapped, if we even have bowls.

This schedule allows ODU to keep already scheduled games with teams inside the 750-mile radius, while also playing eight conference games. It also creates a much-anticipated showdown with JMU and a fun series against Liberty while allowing ODU to keep its seven home games scheduled for 2020.

While this is just fantasy booking, to use a wrestling term, many parts of this schedule could work and actually would be fun to see. It would fix most problems. Whether or not all schedules could line up to produce this, is another story.

While the above schedule works for ODU, for some in Conference USA, it wouldn’t. That’s where the idea of geographical scheduling in 2020, and possibly 2021 comes into play.

Along with those, there are a plethora of FCS teams like JMU, Hampton, William & Mary, Norfolk State, Elon, Richmond, North Carolina A&T, Delaware State, and VMI.

While currently, the Big Ten and ACC are on conference-only schedules, those don’t necessarily work when you break down travel within those conferences but across the country. For the most part, geographical scheduling would work. It would also mean a much tougher schedule than ODU originally had.

If done, Wake Forest, Hampton and Virginia could remain on the schedule.

These are all hypothetical schedules, but all could work for their given situations.