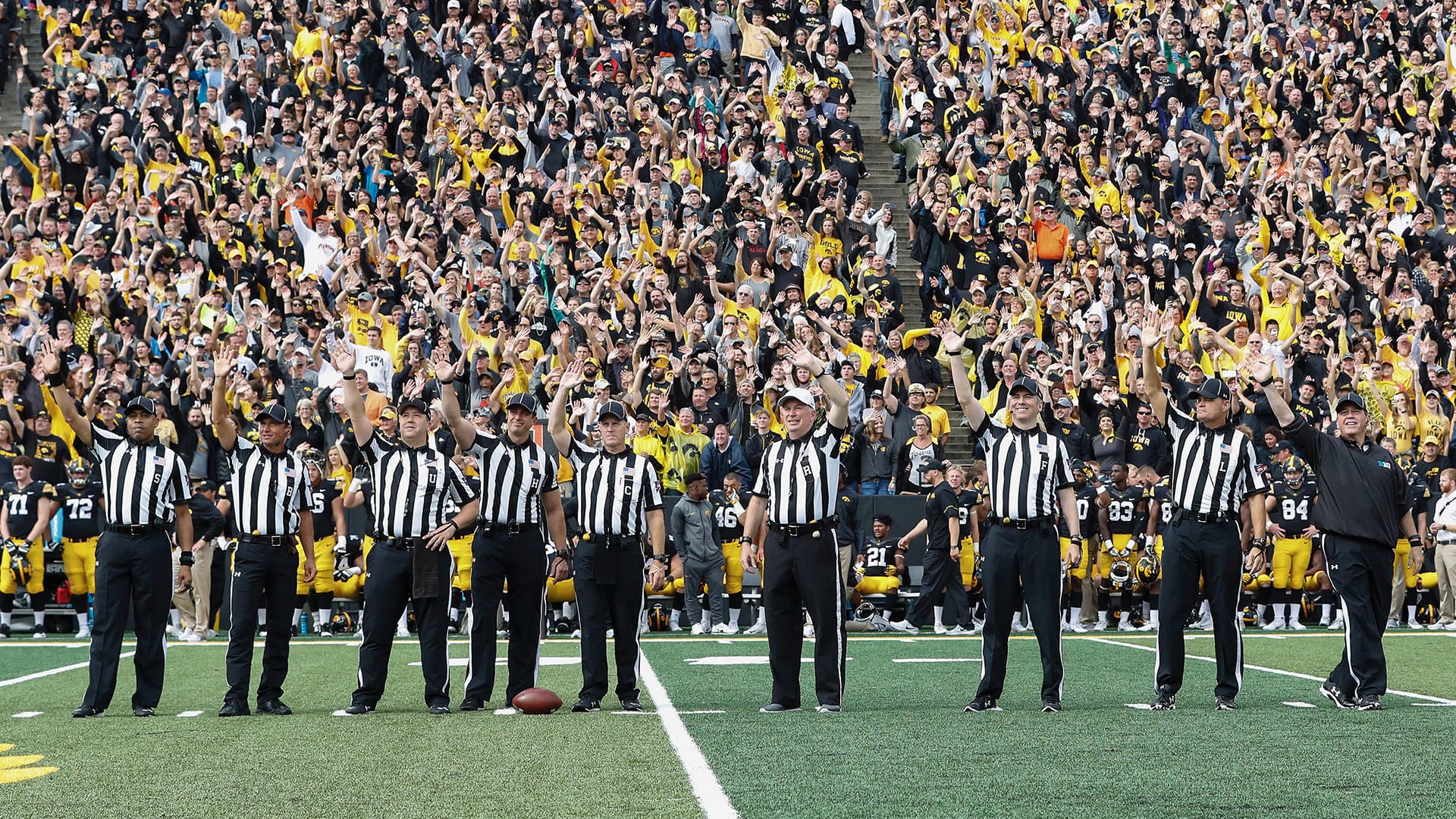 In this installment, he talks traditions and bowl games.

Q1: What are the best traditions you’ve seen live?

With so many fantastic college traditions, it’s difficult to say which are the “best”. I’ll do my “best” and narrow it down to my favorite five that I’ve seen in person:

5. Baylor – Baylor Line: Dating back to 1970, the Baylor Line is one of a kind. Right before kickoff, hundreds of freshman students line up in the tunnel and sprint across the field directly to their seats behind the Baylor sideline. It’s crazy to see this massive mob running wild. Baylor could easily sell these prime seats for good money, but instead it rewards its students. Props to the university for this great tradition.

3. Hawaii – The Ha’a: Calling the Hogs invokes an animalistic feel, while The Ha’a brings out primal human feelings. Ha’a, or Ha’a Koa, translates to “Warrior Dance” and involves the collaboration of Hawaiian language, movement and thinking. The entire team performs a “bent-knee dance” and shouts out a traditional Hawaiian chant. Hawaii football has such a connection to the islands and this team chant embodies the Hawaiian spirit. It is powerful experience to witness in person.

2. Virginia Tech – Enter Sandman: Here’s another tradition that makes you “feel” something. This Metallica song came out when I young and I was kind of scared of it growing up. A lot of kids probably felt that way, but I think we liked that it made us feel scared. It’s something morbid I guess. The way that Virginia Tech connected that fear factor to its football team is amazing. They let the instrumental play for 30-45 seconds; the entire crowd hops up and down and they release the Hokies from the tunnel. It gave me goosebumps and is one of the most intimidating things I’ve seen.

1. Iowa – Iowa Wave: This Iowa tradition hits you in a whole different kind of way. The University of Iowa’s Stead Family Children’s Hospital overlooks Kinnick Stadium and the top floor has a “press box” for pediatric patients to watch Iowa games. During the break after the first quarter, the entire crowd turns and waves to the kids (patients are typically ages 0-21) watching the game. These kids/patients and their families wave back to the crowd, which you can see when I zoom in at the end of this video:

If you’ve spent any time in a children’s hospital in your life, you understand the incredible work these hospitals do. Taking part in this tradition is one of the highlights of all my travels.

There is one more tradition I want to highlight and it’s because I’ve been “cheated” out of seeing it — twice. Ralphie’s Run at Colorado is one of the most iconic traditions in college football. A real life buffalo storms down the field leading the team out of the tunnel and it is awesome.

Both times I’ve been to a game in Boulder however, Ralphie did not run due to weather/field concerns. Instead, they had the costumed mascot Chip run out on the field. Talk about a letdown! The whole crowd booed like crazy. Ralphie V just retired, so I’m hoping I can go back soon and see Ralphie VI actually run on the field.

Q2: What is your favorite bowl game experience?

For full disclosure, I have not attended many bowl games. Bowl games and neutral fans don’t mix very well. These games are designed as one final celebration for the teams/fans and everyone wants to know who I’m rooting for. When I say I don’t care who wins, people give me crazy eyes.

Bowl games are also usually played at a neutral site and those don’t add to my goal of seeing a game at all 130 FBS home stadiums. I really enjoy the home-road team dynamic, which is why I started going to more FCS playoff games during bowl season instead.

I’ve been to a few bowl games though and my favorite is the 2017 Arizona Bowl. I was actually in Arizona, mainly to go to the Fiesta Bowl between Penn State and Washington, but went to Tuscon the see this game the night before.

Utah State played New Mexico State and both teams were 6-6. They’re not exactly heavyweights, but it was an even match-up. The first quarter featured back-to-back kickoff returns for touchdowns — one for each team. Savon Scarver went 96 yards for a Utah State score and it was immediately followed by a 100-yard touchdown return by Jason Huntley of New Mexico State. It was the first time in my life I’d ever seen that happen.

The game remained close throughout and ultimately went into overtime tied at 20. Utah State had the ball first and quarterback Jordan Love could not convert a first down. Utah State settled for a 29-yard field goal attempt, which was no good. This opened the door for New Mexico State and running back Larry Rose III capitalized on the opportunity:

Rose’s touchdown gave the Aggies a 26-20 overtime win and the program’s first bowl victory since 1960. And who did New Mexico State defeat in the 1960 Sun Bowl? Utah State of course, 20-13. It was definitely a fun night and cool to see a program win something significant for the first time in 57 years.