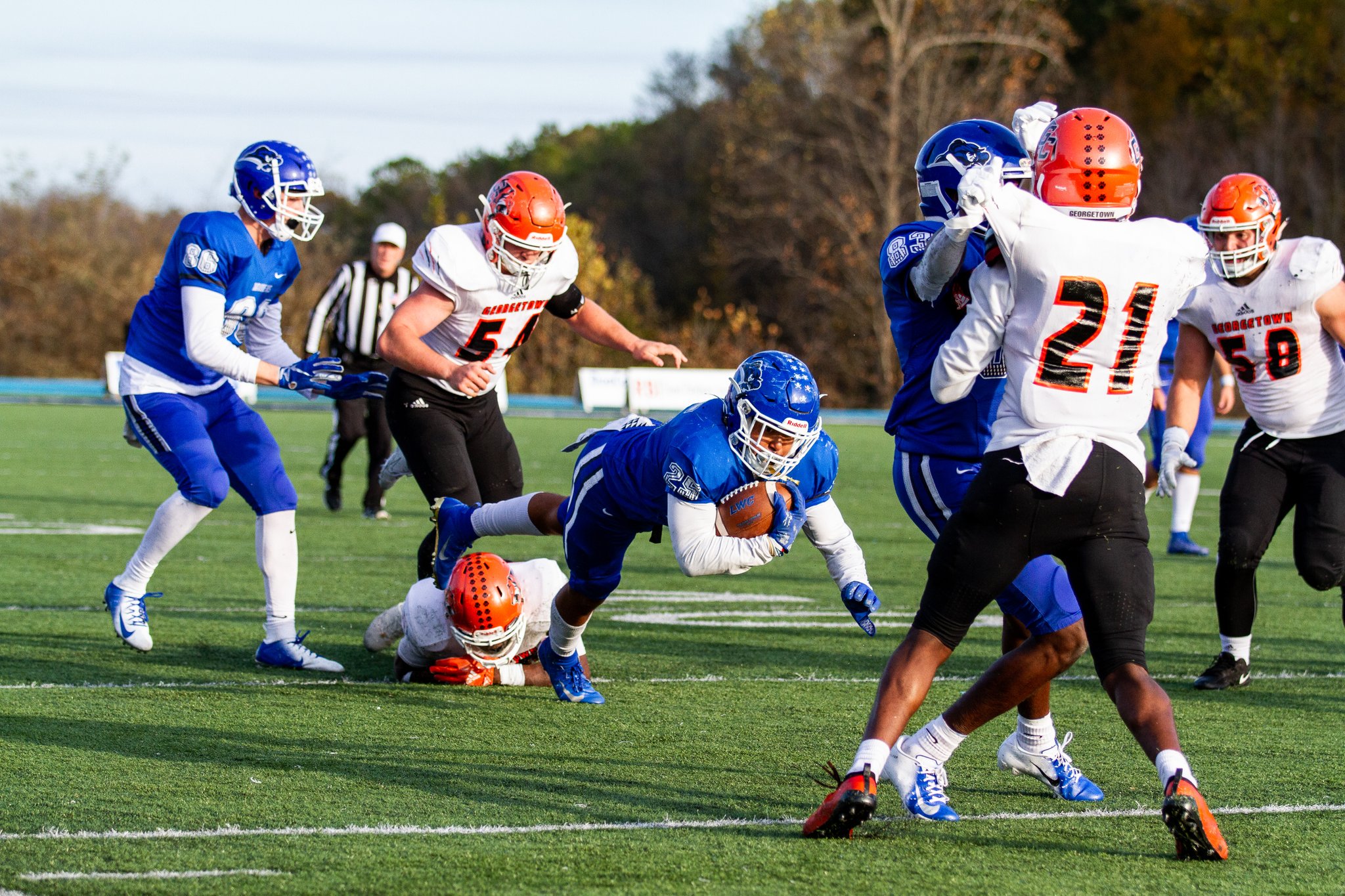 Even though the NAIA season has been over for the last couple days, the content never stops.

Here at Fifth Quarter, even with it being the offseason, we will still have consistent NAIA content to give you. Usually, our Fun Fact Friday’s are focused on the big boys. Today, we focus on the men.

If you didn’t know, NAIA stands for National Association of Intercollegiate Athletics and offers a healthy alternative to the NCAA. In the NAIA, there are 98 universities that sponsor football (first fun fact) and unlike the NCAA’s Division III, they offer athletic scholarships.

The NAIA could be considered a hidden gem in college athletics, and the awareness surrounding the league is growing. So, pay attention to the fun facts and memorize the names of these universities.

1. Morningside has not lost a regular season conference game since 2014

The Morningside Mustangs have been nothing but short of amazing. They are the standard currently in NAIA football. The Great Plans Athletic Conference is the home for the Mustangs and they have won the conference going on 11 years straight now.

2. It has been 2,252 days since Lindsey Wilson has lost to an instate opponent

While Morningside is the current standard for all of NAIA football, 2020 national champion Lindsey Wilson is not far behind. Lindsey Wilson has dominated the Bluegrass State of Kentucky. The Blue Raiders have won 28 straight games against instate opponents.

The program started back in 2010. Fast forward to almost 2022 and it has absolutely taken over the state.

Anyone who has spent some time around the NAIA knows that the landscape does not stay the same. Some programs grow, and others grow substantially like Troy. The Trojans are based in rural Troy, Ala. and are just one hour south of current NAIA member Faulkner University.

While Troy has defeated big-name programs like LSU and Oklahoma State, a few decades ago, it was an NAIA power. In 1968, the Trojans were the NAIA national champions.

Cumberland (TN) has wins over Alabama, Georgia, and Florida State. Bethany (KS) has multiple wins against Oklahoma. Believe it or not, many NAIA programs have been around for some time and have storied histories.

5. Baker partook in the first-ever collegiate football game in the state of Kansas

Did you know that the first-ever college football game played in the state of Kansas was in 1890? It featured the Baker Wildcats and the Kansas Jayhawks. Baker won the game, 22-9.

If you have enjoyed the content above, consider joining the Fifth Quarter Discord or Message Board.