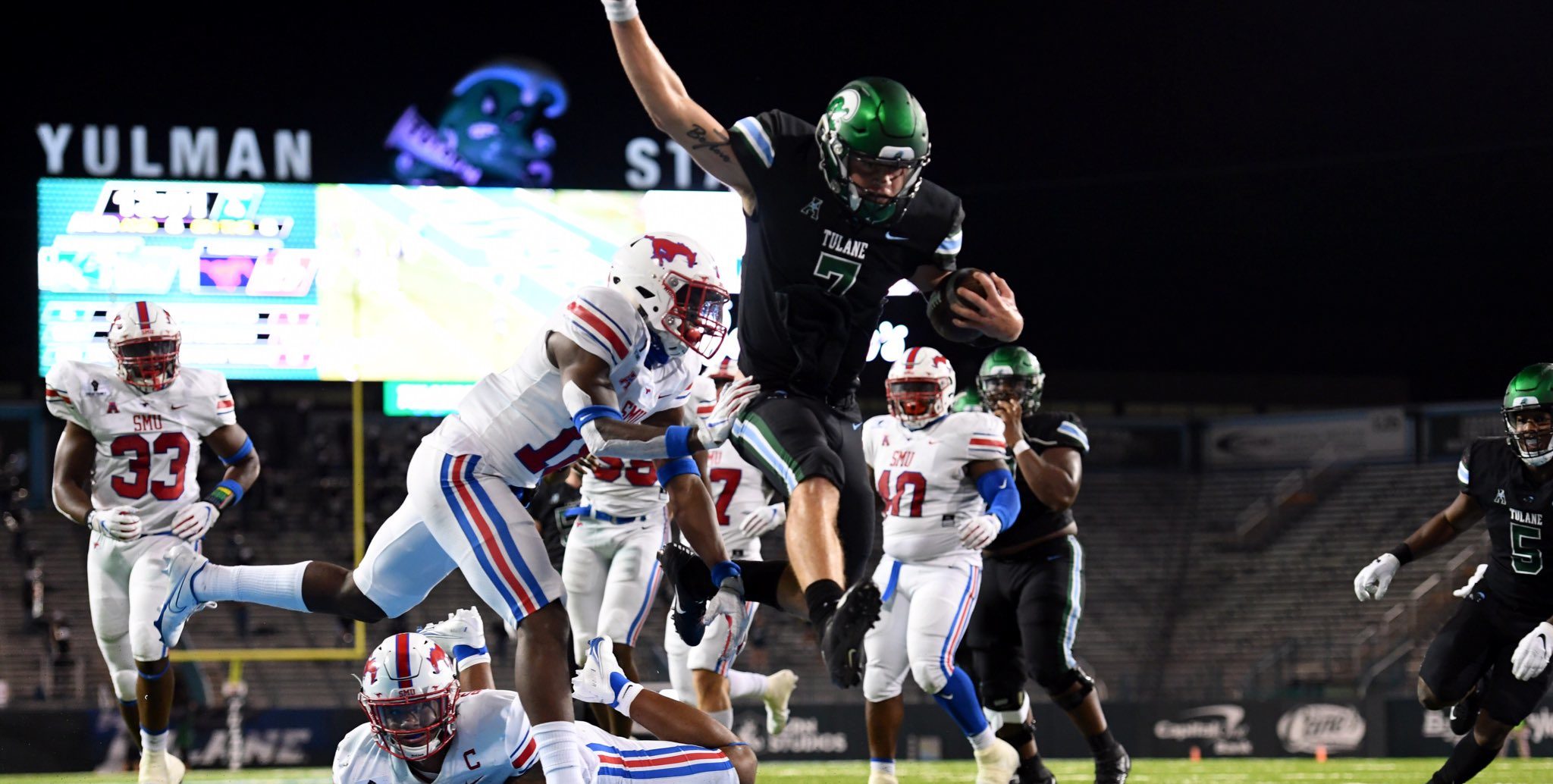 Fortunately for you, we have a slew of talented writers that know their team inside and out. To give fans a better understanding of what the Knights will look like against the Green Wave, we talked to FQ Tulane’s account manager and writer, Joe Foster, on what he sees with this Saturday’s match-up.

I think Tulane fans have mixed feelings on this one. It was disheartening to see the Wave fall to SMU in overtime last week. It was good, though, to see that we could at least hang with a ranked team. However, performances against Houston and Navy have left a bad taste in many fans’ mouths, showing that Tulane has major issues preserving a lead. UCF has had its own problems this season, so we will see what happens. I expect it to be a closer game than the spread (Tulane +19) suggests.

Tulane is coming off an overtime loss to SMU. How do you think the offense responds after only having 192 passing yards and overtime interception?

I think we will see season-highs for the young quarterback, with at least 250 passing yards and three total touchdowns. UCF gave up 438 yards to Tulsa and a ridiculous 703 yards to Memphis. I think the Wave offense will strike early and often to keep up with UCF’s high-octane passing attack.

On offense, it’s crucial to control the clock using good old-fashioned smash-mouth football. If the Wave want to have any chance at keeping up with UCF, Tulane will need to find its stride on the ground. The 3-headed monster of Stephon Huderson, Cameron Carroll, and Amare Jones must step up and make consistent yardage on every play. Against SMU, Tulane’s offensive line couldn’t create a clean pocket for Michael Pratt on passing downs. The young quarterback was constantly running for his life. If the offense gets into rhythm and stays ahead of the chains, it’ll set up the deep passing attack later on.

On defense, Tulane will need to be more conservative in its play calling. Against SMU, I saw that, all too often, it was calling blitzes with one, sometimes zero men playing deep coverage. On these plays, Tulane paid the price with SMU converting on 3rd-and-long more than once. I think that Tulane will need to “bend, don’t break” to have a shot at slowing UCF down. That means softer coverage, less blitzing, and more men covering the deep zones.

UCF 48, Tulane 37. As confident as I am in Tulane’s continued improvement, UCF’s Dillon Gabriel will be too much for the Wave defense. The Tulane secondary has been picked apart by teams with proficient passers, and it’s something the Wave simply have not been able to surmount this year. I think that Tulane will put up respectable points and yardage on offense, but it simply won’t be enough to keep up with UCF. I hope I am very, very wrong.