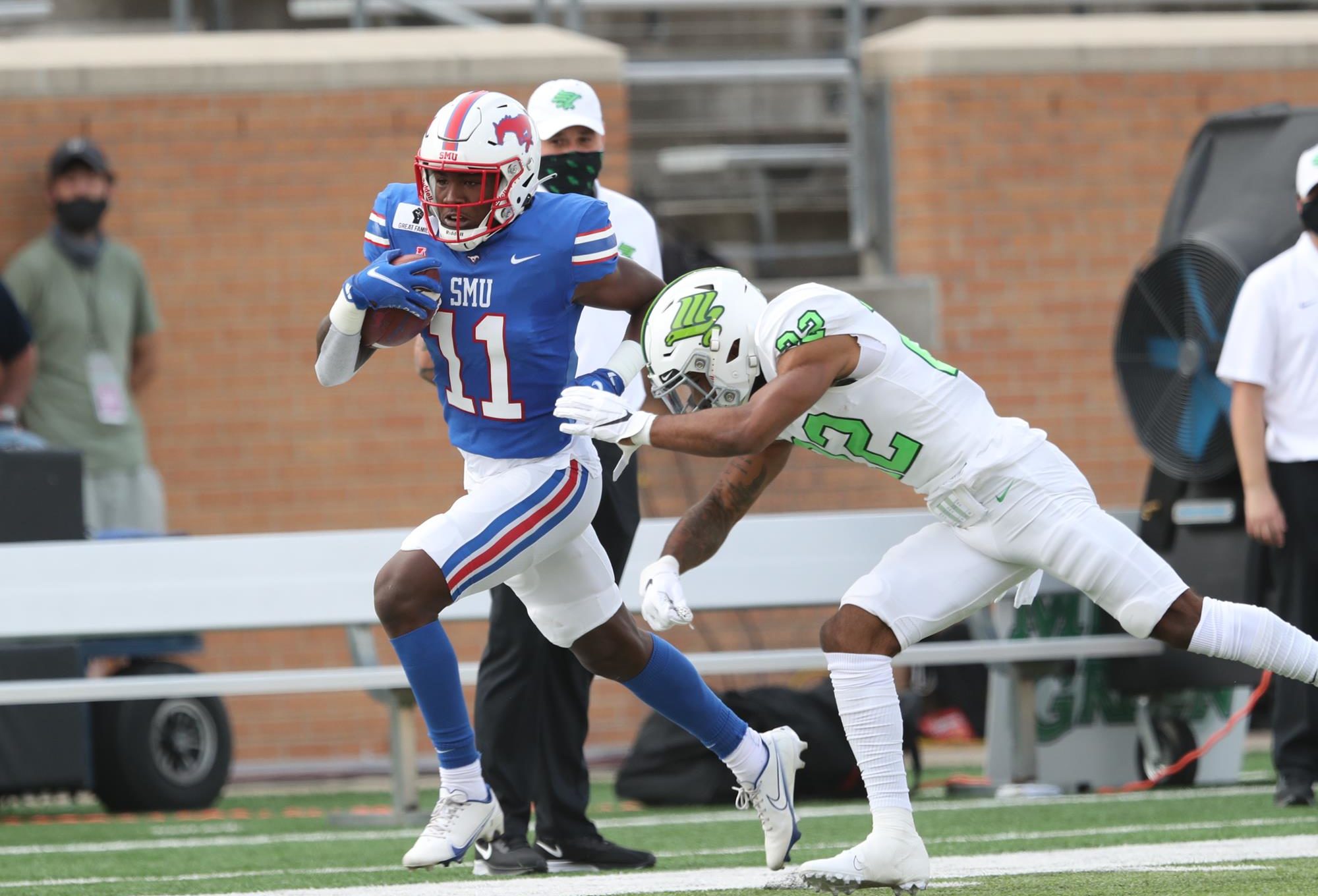 We finish with the last part of our series: MVPs.

For all of the reasons that Bryan Massey made the big play specialists list, he could very well end up being on this list.

Turner Coxe was also considered due to the fact that he has led the Mustangs in pressures in each of the last two seasons.

Just because Tanner Mordecai led the AAC in passing yards and passing touchdowns in 2021, he has not automatically earned the 2022 starting spot. Preston Stone could end up being the guy.

Finally, Camar Wheaton has the athleticism and potential to be a difference maker as a redshirt freshman. Assuming he is and stays healthy, he should be a contributor potentially worthy of being an MVP.

Deciding on the four players for this list was hard but not impossible. Trying to rank them? An argument could be made for all 24 combinations of rankings.

As already mentioned, Mordecai led the AAC in passing yards and touchdowns. And as mentioned in an earlier piece this series, the difference in play calling from Garrett Riley to Rhett Lashlee should be more aggressive and allow Mordecai to be even more successful.

Mordecai finished with the highest offensive Pro Football Focus (PFF) grade for SMU with a grade of 87.8. Only one other Mustang had an offensive grade above 80: Ulysses Bentley IV, 82.8. At a position as valuable as quarterback, having the best grade seems like a surefire way to be an MVP.

Despite that performance, the best postseason award that was given to him was All-AAC third team. PFF and Phil Steele gave him fourth-team honors.

This 3-technique had such a stellar season after having been a rotational defensive lineman in 2020. A similar level of improvement as last season would likely mean All-AAC honors that would be undeniable to all of the publications. It would also likely mean that Levelston was the MVP of the Mustangs.

Le Bebe Bison, as some know him, Chatman finished 2021 with the highest overall PFF grade for a Mustang: 88.5.

One of eight Mustangs to make the All-AAC second team, Chatman was the most consistent contributor to the SMU defense in 2021. In run defense, there’s no one quite like Chatman.

The only two defenders with better run defense grades, per PFF — Leo Chenal and Jalen Pitre — were selected on the second day of the 2021 NFL Draft.

That means that Chatman has the highest run defense grade, according to PFF, of those returning in 2022. If he’s the best run defender in the country, that’s a pretty good argument for being the MVP for SMU.

Not only that, but Rice is one of the main faces of the program. In short, Rice is red and blue, through and through.

Rice is a popular pick for the No. 23 honor. For those unaware, the No. 23 jersey is awarded to one Mustang in the honor of Jerry LeVias — the first African American to earn a scholarship in the Southwest Conference.

In what is likely his fourth and final season as a Mustang, Rice has the opportunity to take over the reins. In his time, he’s gotten to learn from and play beside three current NFL receivers in James Proche, Danny Gray, and Reggie Roberson.

Hopefully Rice will have the season he’s capable of on the field as a receiver and off the field as a leader. If he does, not only will he continue the line that has led to SMU having twice as many wide receivers and tight ends drafted as any other Texas university, but he’ll prove himself to be the most valuable Mustang.