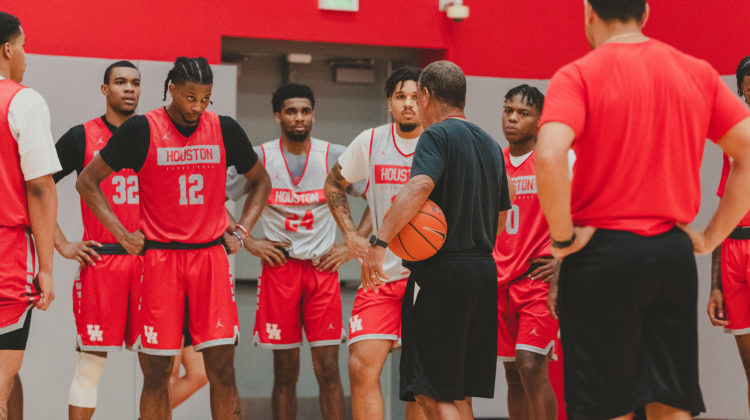 The American Athletic Conference has released its preseason coaches poll for men’s basketball.

Let’s react to the rankings below:

Though Memphis received one first-place vote, Houston can be considered unanimous. The one head coach to not rank Houston first was the Cougars’ Kelvin Sampson, but coaches do not rank their teams in their ballot.

Based on the results of this poll, it appears that there are a few strata of teams in the AAC.

Houston, Memphis, and Cincinnati comprise the elite level of the AAC in the preseason poll, with Houston being the clear No. 1.

Sampson ranked Memphis first. Head coach Penny Hardaway could not rank the Tigers. Therefore, Memphis impressively was awarded 76 of 80 possible points on the remaining ballots after factoring in Houston getting the first-place votes.

Cincinnati also walked away with most of the points possible, and gave Coach Sampson a lot to consider with his first-place vote.

Houston coach Kelvin Sampson says he went back and forth between Memphis and Cincinnati for his first-place vote in preseason poll (coaches can't vote own team): "If I could've split it, I might've split it." He voted for Memphis.

Tulane and Temple are the next teams up.

Tulane is pretty clearly the fourth team in the conference, even sneaking a few top-three votes away from the Bearcats and Tigers. Most likely, three voters have Tulane ahead of Memphis or Cincinnati. And it looks mathematically unlikely that a coach has Tulane ahead of both Memphis and Cincinnati.

In looking at how close Memphis and Cincinnati are to each other, it’s hard to argue that the coaches see Tulane as a part of that group, but the Green Wave are definitely given a level of respect in the conference.

Temple is also the last team seen in the clear upper half of the conference. The largest gap — 15 points — between teams resides between Temple and sixth-place UCF.

“Middle of the Pack”

UCF and SMU comprise the middle of the pack. Both of these teams would appear to be unlikely to make a postseason tournament, but could definitely steal a game or two from teams in the tiers above them.

SMU specifically is a team with a lot of turnover and therefore is hard to predict. With a new coach and most of the lineup changing, the Mustangs probably have the widest array of possible results.

“A Year Away from Being a Year Away”

A majority of the Wichita State team is new as the Shockers rebuild under a coach only in his third year.

There is very little separating Wichita State and South Florida — only two points. After finishing last in the conference last year, the Bulls added a few players via the transfer portal.

Coach Brian Gregory is going into his sixth season with the Bulls, and is 31-53 in the last three seasons, with a 14-36 record in conference play.

There has to be a bottom tier. Tulsa and East Carolina reside there.

East Carolina has finished in the bottom three of the conference each of the last three seasons. The Pirates went just 13-34 in conference play during that stretch, leading to Coach Joe Dooley’s firing.

Tulsa has also been porous, with Coach Frank Haith resigning after last season. Dating back to 2005-06, Tulsa had finished with a winning record every year until the 2020-21 season ended with a record of 11-12.

That downward momentum continued into 2021-22, when the Golden Hurricane finished with a record of 11-20 and 4-14 in conference play.

No matter how you spin either situation, there are rebuilds coming at each school.