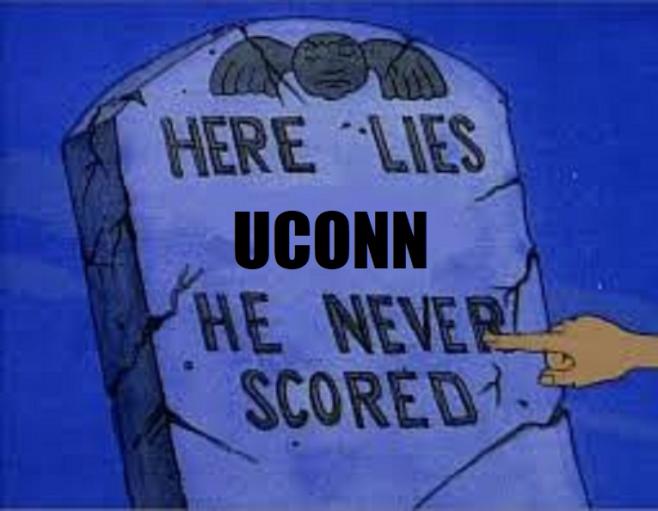 Even in the off-season, Connecticut is still being tormented on the football field. UConn currently has 23 players in the transfer portal, gutting a team which was already devoid of talent.

Not only that, but head coach Randy Edsall doesn’t believe in adding transfers from the portal. He would rather build his roster with true freshmen and a handful of junior college transfers. This is what Coach Edsall said about the portal

From the Ground Up?

“I’d rather go with high-school kids or junior-college guys,” Edsall said. “Guys going into the [transfer] portal, to me, they’ve got issues. They’ve got issues. That’s why they’re going into the portal. I think if you get people that come in [from junior-college] … those guys have a little more edge to them because they want to play right now. Sometimes these guys from the portal think that they’re enabled and entitled to something. You know, maybe it didn’t work out because you didn’t stay there and finish.”

Those are bold words from a man, who notoriously rolled out on UConn without having the decency to tell any of his staff or players. Anyhow, it’s another brilliant strategy by Edsall to limit UConn’s recruiting and run the program further into the ground. He’s doing exactly the job the University of Connecticut wants him to do.

The goal, at the expense of UConn football’s student athletes, is to make the team so bad that no one will miss it when the university decides to kill the program. He’s being paid a handsome salary plus a million obscure bonuses to lower Connecticut football into the grave. This kind of makes Edsall the angel of death for UConn. The harbinger of the end times if you will.

In the eyes of UConn Alumni and supporters, the removal of major college football will help the university focus on what truly matters to them: college basketball and non-revenue sports. Somehow, it is forgotten than the American Athletic Conference isn’t a good hoops league and the men still aren’t competing. This is the mindset nonetheless.

How We Got Here

Another important thing for Huskies’ fans is to be better than Massachusetts in sports. That is why UConn decided to play FBS football in the first place, and conversely why UMass pushed to follow suit and make the leap to the FBS. UMass wants to be better than UConn as well.

Getting to the point, dropping to the FCS would actually cost money and it would mean that UMass would be FBS and UConn would not. The sad thing is we’re not even making this stuff up. Someone should tell these guys that dropping football doesn’t automatically make you good at basketball, and if UMass is a measuring stick for your athletic programs, you may be doing something wrong.

Do not mistake the tone for disagreeing with this decision. UConn is making the right choice. Fans of The American football should be overjoyed that UConn is leaving. Any time you can remove dead weight, it is always a good thing for your brand. It is indeed a waste of time for UConn to field a major college football program if it’s going to be second fiddle to the basketball program and various non-revenue sports.

This piece is also a cautionary tale to what happens when you neglect an athletic program. Schools like Tulane, Rice, and UAB have faced similar issues with administrative support in the past. Tulane and Rice both underwent reviews in the early 2000s to determine whether or not to keep Division I athletics. The two universities ultimately voted to keep their programs.

UAB President Ray Watts announced the decision to kill the Blazers’ football program in 2014. It however, was ultimately brought back to life one year later. UAB has also played for the Conference USA title in each of the last two seasons.

UConn is No UAB

There is no saving UConn football, though. The Huskies are headed straight for the chopping block and nobody cares enough to stop it.

The next destination on the UConn Football goodbye tour is playing the 2020 season as an independent, because leaving a conference and deciding to go independent has always worked for everyone. In all honesty though, it doesn’t matter what conference you play in when you’re losing by 30 points a game anyway. Let’s take a look at that 2020 schedule: 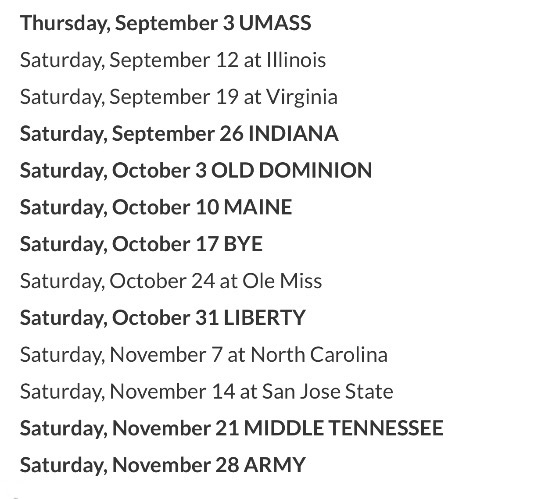 This actually would be a fairly manageable schedule if it wasn’t UConn playing it. Even though almost half of the games are against Power 5 teams, none of them are particularly daunting and the other teams on the schedule aren’t very good at all. Still, it is important to remember that this is UConn we are talking about. The Huskies could realistically go 0-12 against this schedule.

UConn Football and Its Dying Breaths

It wasn’t long ago that the Huskies were in the Fiesta Bowl, but UConn’s days of playing football as an independent will not be long. The belief is that the school can’t wait to drop the sport and will do so within the next few years.

FCS, Division II and Division III, are simply not feasible for a school that doesn’t care about football and wants to allocate all its resources to playing Big East hoops. Let’s urge our readers to pour one out for our homie, UConn. Hold close to your heart the memories of when UConn used to actually be good in football. Remember Jordan Todman and the 2010 Fiesta Bowl berth?

Remember Randy Edsall, who taught us such important life lessons. He taught us that young people playing Fortnite and being on their phones too much is the real problem. He also taught us that it is the loser’s way out to leave your school, unless you are leaving for more money.

There’s no tell what Edsall’s exit plan will be this time, but rest assured, he has one. As for the student-athletes who have put their heart and souls into representing UConn on the football field, there is no exit plan.

Well… except for the transfer portal.