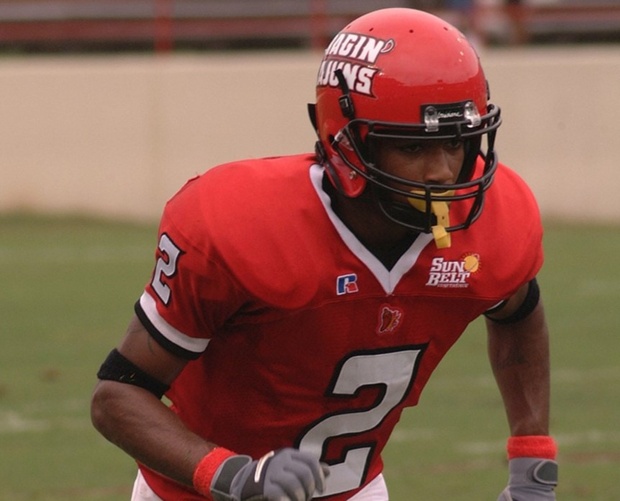 Then known as Louisiana-Lafayette, the mid-1990s through the 2000s were not a particularly prosperous time for the football program.

In 2003 however, the Ragin Cajuns did improve as they collected their highest overall win total as a member of the Sun Belt to that point. Louisiana also finished the year as one of the hottest teams in the conference.

Louisiana was competitive against the likes of South Carolina and Houston early on, but still managed to start 0-7. The Ragin’ Cajuns however, circled the wagons to win four of their final five games.

Louisiana rallied for its first win in a 26-24 nail-biter over New Mexico State. The Ragin’ Cajuns trailed entering the final quarter, but scored a touchdown early in the period. After a failed conversion attempt, Sean Comiskey kicked the winning field goal with eight seconds remaining.

The lone loss over the final five games was a 48-3 thrashing at the hand of Southern Mississippi. Louisiana collected wins over Idaho and Florida International before closing the year with a 57-51 quadruple-overtime victory over Middle Tennessee. In the final victory, quarterback Jerry Babb passed for 435 yards and four touchdowns before rushing for the winning touchdown in the fourth overtime.

Points weren’t all that easy to come by for Louisiana in 2003. The Ragin’ Cajuns ranked 83rd nationally in scoring offense, but just 102nd in scoring defense.

While four wins typically isn’t cause for celebration, it was the highest total for Louisiana since 1996. At 3-2 in conference, Louisiana had its first winning season in Sun Belt play as a member. It was the school’s third season in the Sun Belt.

The star for Louisiana in 2003 was senior wide receiver Fred Stamps. Stamps finished with 201 yards receiving against Middle Tennessee and 198 against Louisiana-Monroe.

That remains the second- and third-highest single-game totals in Louisiana history. Stamps still ranks second all-time in career receiving yards with nearly 2,800. That is behind only longtime NFL receiver Brandon Stokley.