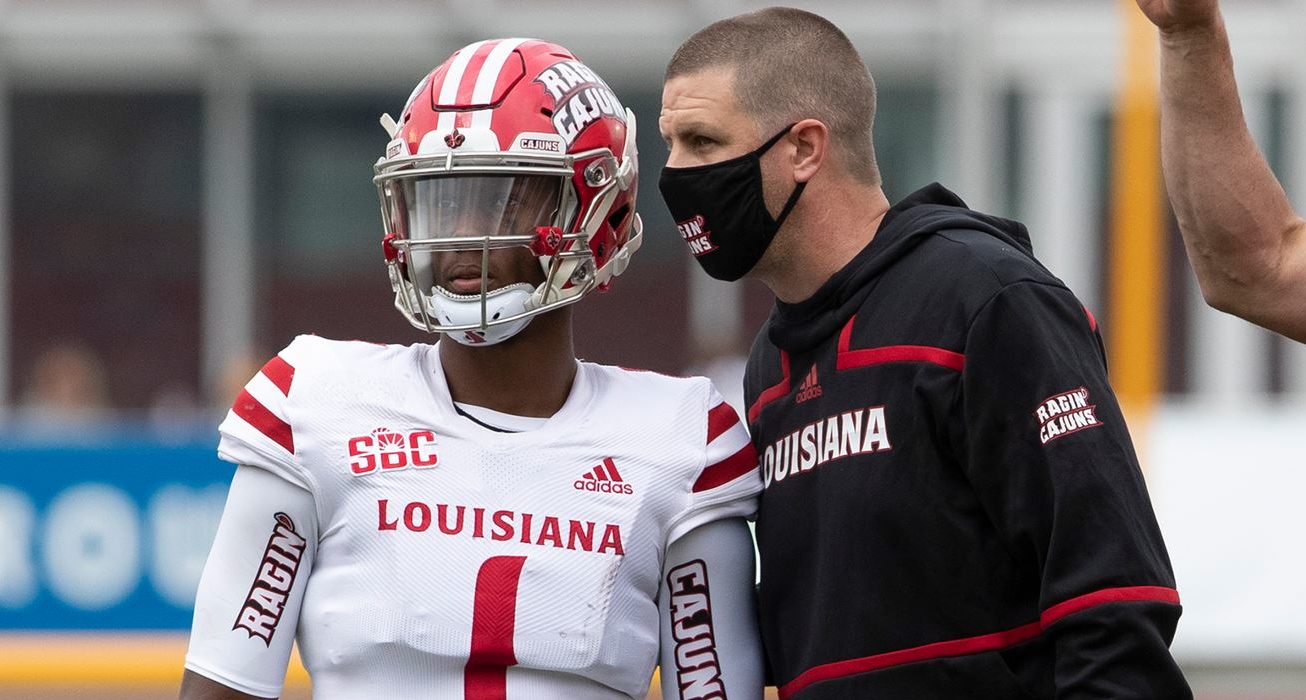 Expectations are high down in South Louisiana for the upcoming 2021 college football season.

No, we’re not talking about that school to the east in Baton Rouge. After finishing the 2020 season ranked No. 15 in the nation, Acadiana is excited to see what the fourth season under head coach Billy Napier will bring to Lafayette.

Napier is 28-11 since taking over at Louisiana with two West division titles, two bowl wins and a Sun Belt Conference co-championship. The Ragin’ Cajuns return 20 of 22 starters from last season and have added more depth and talent during recruiting.

Pressure comes with the high expectations and anything short of a conference championship would be a letdown in 2021. In what will be the first in a multi-part preview, we look at the Louisiana offense.

All starters return on offense for another season with a huge notable exception. The last three seasons have seen the Louisiana running game thrive with Elijah Mitchell and Trey Regas splitting time at tailback. Both are gone to the NFL, leaving sophomore Chris Smith to lead the ground attack.

Smith was an named All-American as a kick returner in 2020. He added 359 yards on 62 carries and a touchdown rushing. The Cajuns have used a three-back rotation since Napier’s arrival in 2018.

So the question remains, who will join Smith in the rotation?

Returning for a fifth season is quarterback Levi Lewis. Lewis ranks third all-time in career passing yards at Louisiana with 6,286. He has a chance to pass Cajun legend Jake Delhomme for the No. 1 spot with a good 2021 season.

Behind Lewis is Chandler Fields and transfers Lance Legendre and Ben Wooldridge. Fields has very limited game experience but looked good in the spring game.

Legendre arrives after transferring from Maryland. The Louisiana native and former 4-star recruit has more game experience than Fields but saw limited action in the spring game. The battle for the No. 2 quarterback job will go into the fall. Fields will have to continue to play well to hold off Legendre.

The Cajuns have the size and depth of a Power 5 school along the offensive line. All five starters return, led by left tackle Max Mitchell and right guard O’Cyrus Torrence. Ken Marks, Carlos Rubio and Shane Vallot fill out the other starting positions.

After a rough start to the season, Kenneth Almendares replaced Nate Synder and was a solid kicker for Louisiana. He was 5-for-5 on field goal attempts and made all 23 PATs attempted.

Synder and true freshman Logan Klotz are on hand if Almendares falters or is injured.