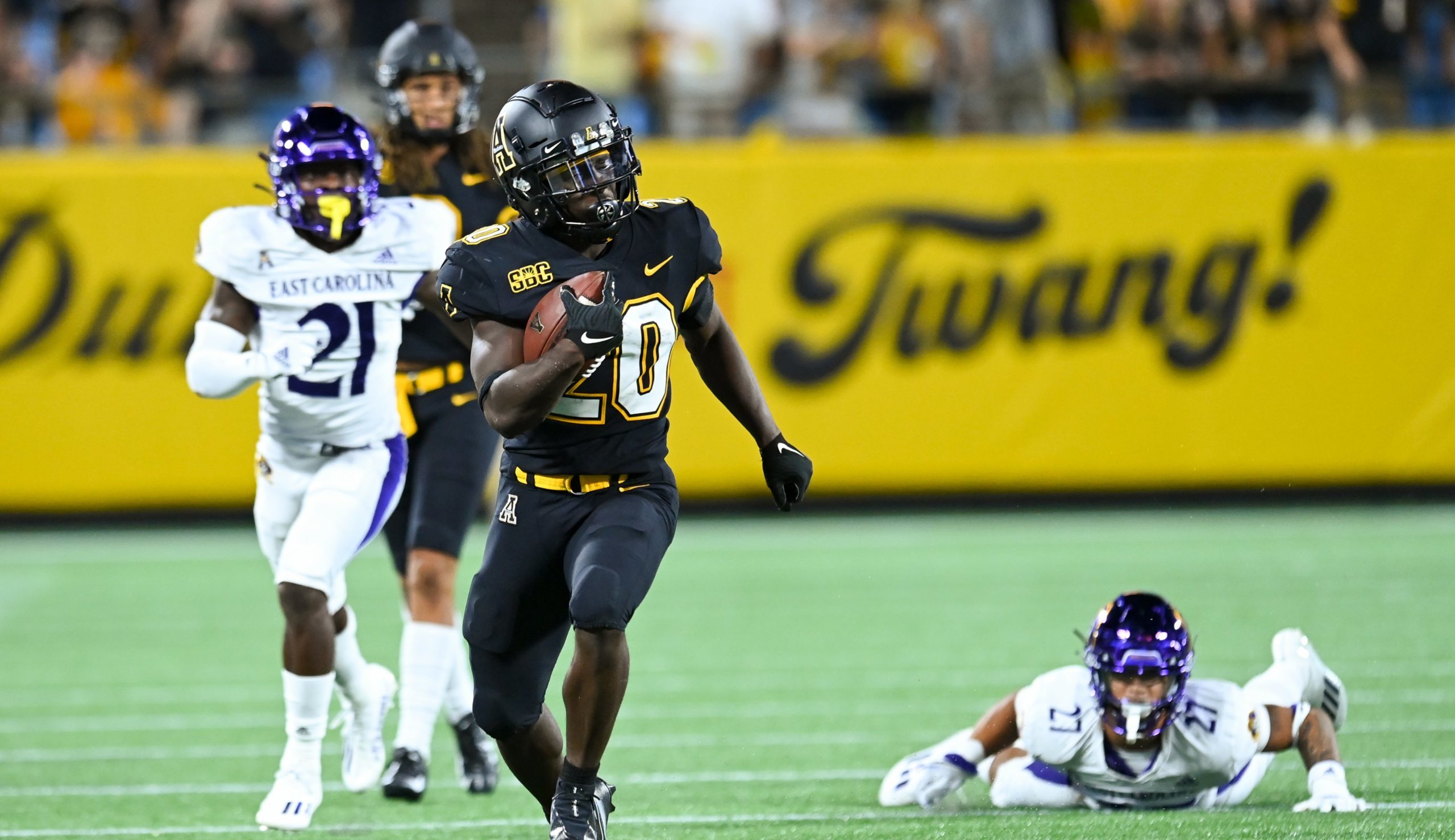 Week 1 couldn’t have gone better for Appalachian State. The Mountaineers notched a dominant 33-19 win over East Carolina in Charlotte.

Quarterback Chase Brice had a terrific first game for the Mountaineers and appears to be settling in fine after a rough season at Duke. Brice went 20-for-27 passing with 259 yards, two touchdowns and an interception. On top of an improved passing game, the Mountaineers had two backs run for at least 100 yards.

The defense also turned up in a big way, holding ECU to only six points and 14 rushing yards in the first half. It was a great showing for the Mountaineers who had a lot of question marks, especially for an offense replacing a quarterback and three starters up front.

Miami’s Week 1 didn’t go quite as well, but that is to be expected against Alabama. Miami’s defense was overwhelmed through the air, and the offense was shut down until the game was out of hand. It’s really hard to get a feeling of what Miami brings as a team after the 44-13 embarrassment.

What Miami shows up Saturday night? A Miami with a chip on its shoulder and something to prove? Or, an underprepared, down-trodden Miami, looking past a perceived lower-tiered team?

App State falls at a great spot in the schedule to provide a look-ahead upset, with Miami playing Michigan State next week. There’s no doubt that the Hurricanes have the size and the speed to beat the Mountaineers. However, their game plan will need to be executed much better than it was against Alabama.

Miami wins this game if it can load the box and be successful with an aggressive defense that went limp against Alabama. Appalachian State has a terrific running back group. Camerun Peoples and Nate Noel are a phenomenal 1-2 punch.

Peoples offers a big, bruising, yet still shifty, running style. He was responsible for giving Appalachian State its ninth straight year with a 1,000-yard rusher. Noel is a smaller speedster, who runs low and is hard to tackle. Noel had 510 yards last year as a true freshman. If Miami can shut down the run and keep constant pressure on Brice, the Mountaineer offense will have problems.

On offense, D’Eriq King needs to air the ball out and be efficient. The Appalachian State defense allowed a surprising 295 yards go through the air against ECU. Even with nine starters returning, that number is well above the 177 yards per game average from last year.

The Mountaineers have also had trouble with containing mobile quarterbacks in recent years as well. If King is as mobile as he was before his injury, he can give the defense fits if he escapes the pocket.

Having a number next to its name bodes well for Miami. Appalachian State is 0-9 against ranked FBS opponents since beating No. 5 Michigan in 2007.

Appalachian State needs to be better at getting after the quarterback and shutting down passing lanes. It showed signs of this in the first half against East Carolina, but took its foot off the gas.

King is more mobile than ECU’s Holton Ahlers, so the Mountaineers will have their work cut out for them. If App State can shut down the pass, Miami will have to rely on its running game which fell flat against Alabama.

The offense needs to just keep doing what its doing; the points will come. Offensive coordinator Frank Ponce is a breath of fresh air that the Mountaineer play-calling needed after the 2020 season. Notre Dame transfer Jahmir Smith should be good to go for this game as well.

This will add another facet to the run game that few teams have been able to stop. If App State can feed the running game and control the clock, this game could grind out and go to the Mountaineers. Miami won’t be playing the Duke version of Brice this year. He has the weapons out wide to challenge the Miami defense.

Appalachian State will come into this one with high expectations. This isn’t the same team that Miami throttled 45-10 in 2016. Appalachian State has improved by leaps and bounds since that contest.

There won’t be any FCS players on the roster this time. Plain and simple, Miami’s first game couldn’t have gone any worse. Head coach Manny Diaz has a big challenge ahead of him in getting his team up for a team it might be sleeping on.

A loss here may just put Diaz on the hot seat.