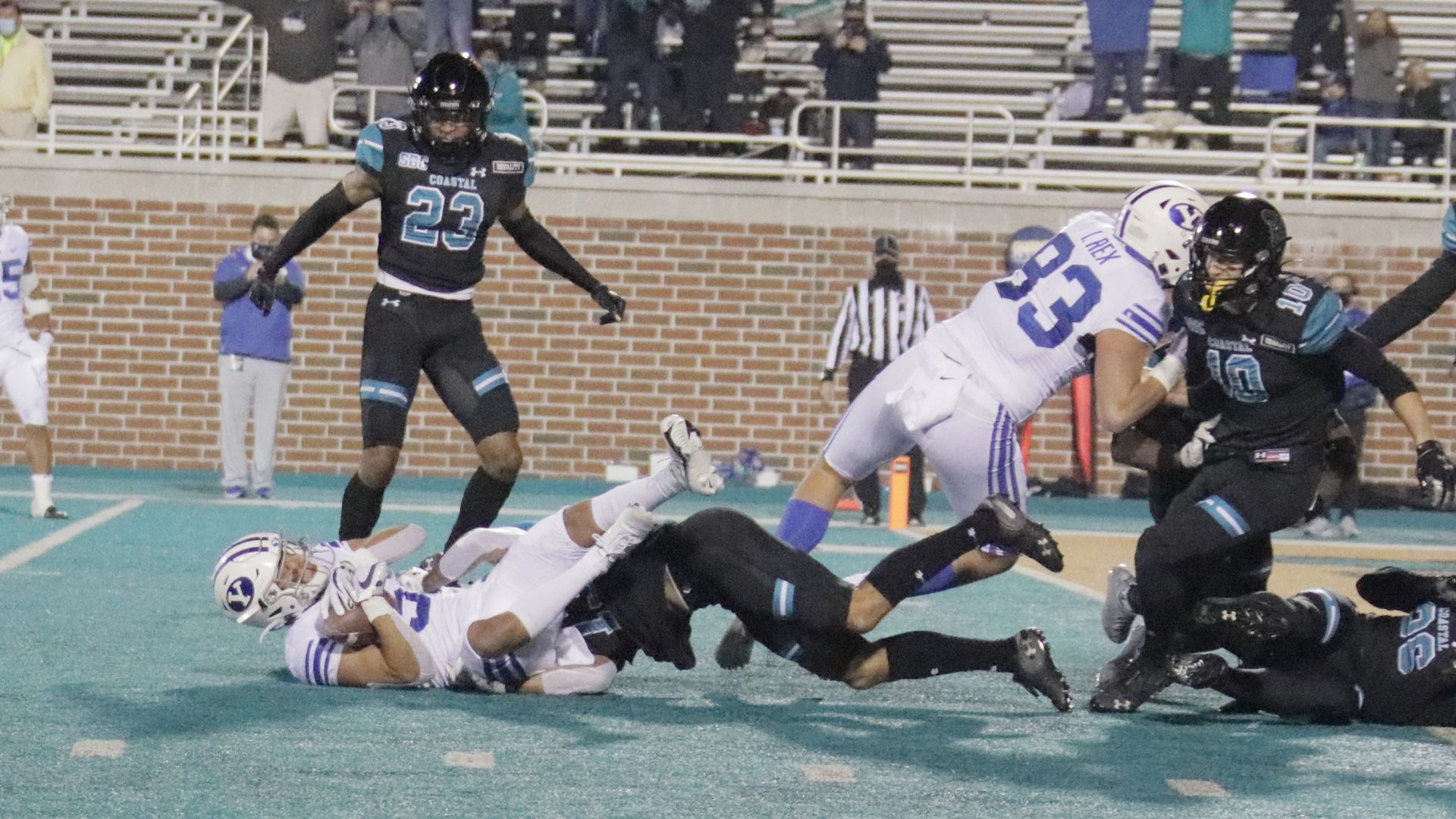 In the ‘Mullets vs. Mormons’ battle, it was the hair that came away with the victory.

With the win, Coastal Carolina wins their first Fifth Quarter Team of the Week award for their Week 14 performance.

Coastal Carolina didn’t need gaudy passing numbers from quarterback Grayson McCall to win the game because all they did was run the ball. A lot.

The Chanticleers ran the ball 54 times on offense, picking up 281 yards and three touchdowns. CJ Marble led the way, carrying the ball 23 times for a team-high 132 yards and two touchdowns. Marble’s second score came early in 4th quarter and served as the game-winning touchdown.

Although McCall only threw the ball 15 times, he was still highly effective on the ground. McCall was the team’s second-leading rusher, totaling 68 yards on 12 attempts.

Reese White also added 53 yards and a second-quarter touchdown, which gave the Chanticleers a 13-7 lead.

With 55 seconds remaining, BYU got the ball on the 9-yard line, needing a touchdown to win the game.

Quarterback Zach Wilson completed 5 consecutive throws to put the Cougars at the Coastal Carolina 46-yard line. After another completion to Dax Milne, BYU had one final chance to score from the 31-yard line.

On the final play, Wilson found Milne again over the middle of the field. Despite an extra effort to score, Milne was stuffed short of the goal line by Mateo Sudipo.

Sudipo had two tackles against BYU, and the second one will be the one that Chanticleers fans remember.

Coastal Carolina will finish off their regular season with their final Sun Belt conference game against Troy. The game is scheduled for 3 P.M. on Dec. 12 and will be broadcast on ESPN+.

The Chanticleers, however, have already booked their spot in the Sun Belt Conference Championship game. Scheduled for Dec. 19, the Chanticleers will play host to Louisiana. Coastal Carolina defeated Louisiana 30-27 earlier in the season.