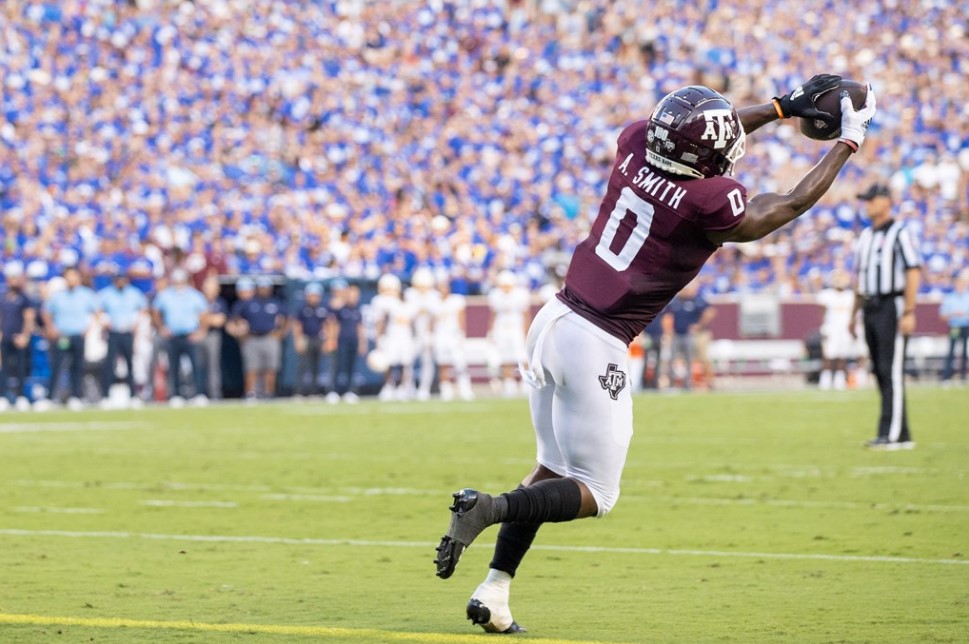 Arkansas and Texas A&M will collide at “Jerry World” once again on Saturday to renew another deep-rooted rivalry. This time, there are bigger implications than usual.

The seventh-ranked Aggies are trying to prove they are a legitimate playoff contender once again, just without their starting quarterback. For the No. 16 Razorbacks, it is about showing they belong in the SEC West race for the first time in years.

We have a big matchup on our hands. The contest begins at 3:30 p.m. ET and airs nationally on CBS.

These two former Southwest Conference rivals have plenty of history, but the Aggies have been dominating the series this past decade. Texas A&M has won nine in a row dating back to 2012. A win on Saturday and the Aggies will have the longest winning streak in the history of the rivalry.

While A&M has been dominating the series, Arkansas has been competitive. Three of the last four meetings have been decided by just one possession, and there is reason to believe that could happen again.

Texas A&M is off to a 3-0 start. Then again, that was expected. Still, there is reason to believe this team isn’t as strong as people thought it was.

The offense has struggled to get going through the first three weeks, and scored just 10 points in a near-upset loss at Colorado in Week 2. Going forward, the A&M offense will have to navigate a huge chunk of the SEC schedule without starting quarterback Haynes King, who suffered a fractured leg against Colorado.

In comes Zach Calzada, who has shown some promise through two games. Still, he has had his fair share of blunders as well, and Arkansas will be his biggest test yet.

Fortunately, the defense has stepped up big time for the Aggies, and has proven to be one of the best in the country. Should they play like that every week, there is not a game on Texas A&M’s schedule that it cannot win.

A win for the Aggies would help solidify their role as a contender. A loss would do the complete opposite. It is early in the season, but there is a lot on the line in this one.

At 3-0 with an upset win over Texas, there is finally a reason for hope in Fayetteville.

Head coach Sam Pittman has injected life into a program that had that life drained out of it under Chad Morris. The quick turnaround is nothing short of remarkable.

A big part of that success is coordinator Kendal Briles and the Arkansas offense, which has put up big numbers through three weeks. Arkansas can run the ball, and its uptempo offensive attack makes things even tougher for opposing defenses.

A win here, and Arkansas could be one of the biggest Cinderella stories in all of college football.

On offense, it starts with the run game for Texas A&M. With Isaiah Spiller, Devon Achane, and Ainias Smith in the backfield, it will have plenty of manpower to move the ball. Whether or not it can do it consistently against a defense that is only giving up 125 rushing yards per game is the biggest question.

If the Aggies can’t develop a run game, they need to scheme things up for Calzada to make plays. When he has time to sit back and throw, there are not a lot of throws on the field he can’t make.

The thing is, we have not been able to see that on a consistent basis. There are plenty of weapons out wide for Texas A&M; it just comes down to getting the ball to the playmakers.

Arkansas will have to find a way to develop a run game, which will be easier said than done against one of the best defenses in the league. Fortunately, it gives a lot of guys a lot of touches, which keeps everyone fresh.

Still, the Razorbacks will have to make plays through the air if they want to win this game. Jefferson has shown the ability to throw the ball, but whether or not he can do it consistently is the biggest question. Expect Arkansas to get creative, because out-scheming Texas A&M will not be easy.

On defense, you have to get pressure on Calzada. Against Colorado, Calzada looked flustered and confused when things broke down. If Arkansas can get pressure for all four quarters, it will be difficult for the Aggies to make plays late.

One would argue that this is the best chance Arkansas has had in years to win this game. That certainly seems to be the case.

Not only does Arkansas have a prolific rushing game, but it is fast on offense and has a quarterback, who is playing with more confidence than ever before.

Still, it is going to take more than confidence to beat Texas A&M. The Aggies have not played to the level they would have hoped for so far, but they have found ways to win games. They have done that by fielding one of the best defenses in the nation.

Neither team will be able to move the ball consistently, which will make it a defensive game. In a defensive game, go with the team with the better defense. Texas A&M capitalizes off a late turnover and gets some help from its special teams.