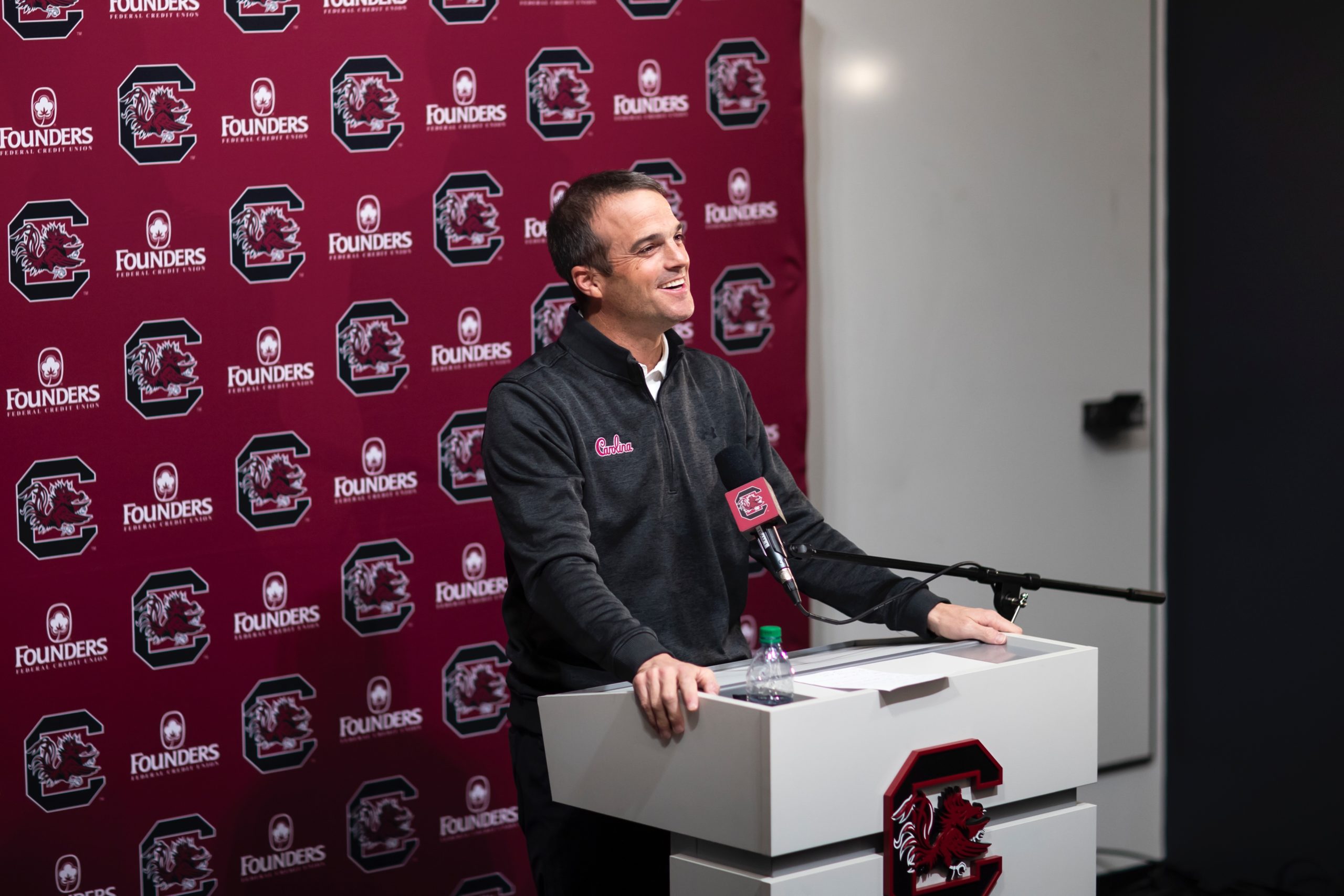 They’ve heard it before.

“This kid is good. The coach is up for the challenge. This is the year, and so on.”

And in-state rival Clemson? It still appears as dominant as ever.

New head coach Shane Beamer’s inaugural staff is complete. At least on the surface, the “Beam Team” lacks a certain level of excitement in the eyes of some fans and national pundits. There are, however, more reasons than ever to be excited if you’re a fan of the garnet and black.

For starters, one thing we were all optimistic about with Beamer was his ability to recruit, and specifically, recruit South Carolina. This is going to be a question we won’t really have answers on for a while, but the immediate returns are pretty impressive.

Despite getting a very late start for the 2021 class, Beamer was able to flip a couple promising commitments. Beamer may even get a couple more before National Signing Day. However, 2022 and beyond is where Beamer and his staff are making major headway.

While we’re still a long way from commitments from future classes, South Carolina’s name keeps popping up in conversations with 5-star recruits. We all know that was the foundation of the Gamecocks’ run during the Steve Spurrier years. When you see numerous out-of-state recruits with 5-star ratings, listing the Gamecocks among their top schools along with Alabama, and Florida, you know you’re within reach of something special.

Another thing to remember is that due to COVID-19 restrictions, recruits still aren’t able to take in-person visits. South Carolina stands only to benefit from that eventually returning to normalcy as its recent upgrades leave the Gamecocks with one of the premier facilities in all of college football. So if Beamer can sell the Gamecocks without that advantage, the sky is the limit when it returns.

The transfer portal, or as we know it, college football free agency, has brought more reasons to be excited if you’re a Gamecock fan. When Will Muschamp left, it triggered the departures of eventually nine South Carolina players.

Ryan Hilinski, Jammie Robinson, Shiloh Sanders, and Kier Thomas were among the most notable. However, despite the departures, Coach Beamer and his staff were able to secure more transfers from the portal than any other SEC school. The number, albeit impressive, isn’t as impressive as the potential of the players the Gamecocks were able to pull.

The Sun Belt leader in sacks, Jordan Strachan, an FCS All-American quarterback, his 6-foot-8 wide receiver teammate, and a guy who tied Calvin Johnson’s freshman receiving record, highlight a few of the guys suiting up this season in Columbia. Add to that list a linebacker from Delaware named Darryl Williams, who has been described by his coach as the hardest hitting linebacker he’s ever coached.

The names don’t have the recognition or pedigree of others, but they appear to go along with the theme Coach Beamer is applying to the program. That theme is appreciating the privilege to play and legitimately wanting to be at South Carolina.

Will Muschamp was a likable guy. We can all agree.

But he’s a Georgia Bulldog, through and through. If you ask the casual fan, they even go as far as to say he sabotaged the program on purpose. That’s a bit ridiculous, but the retread argument is a fair one.

The best thing that could have happened to South Carolina is what transpired recently with Mike Bobo, Will Friend, and Tracy Rocker. Sure, at first, it appears like a classic example of being outbid by a bigger school. Really though, it signifies the end to the Muschamp-style culture in Columbia.

The said culture painted South Carolina as another job, stepping stone, or paycheck. Addition by subtraction, leaves us now with blue collar coaches like Clayton White and Luke Day who truly view this opportunity as their big break and a chance to prove to the coaching world, that they belong.

For South Carolina fans, that trait couldn’t be any more perfect. Gamecock fans have an eternal chip on their shoulder. Now, virtually the entire coaching staff does too.

One could argue that the culture was its most toxic during Muschamp’s tenure. Many former players openly criticize and denounce the football program on social media. Former Gamecock standouts Javon Kinlaw, Jaycee Horn and Israel Mukuamu are among those that have been vocal about their loyalty to Coach Muschamp and written off the school entirely.

One thing for sure, is that won’t be a thing with Coach Beamer. Not only did overwhelming praise from former players play a big role in his hiring, but since he’s taken the reigns, several former players have returned to visit the campus. It really resonates with the current players and goes along with the new mantra, “Welcome Home”.

Coach Beamer really wants the culture to convey that players are vital ambassadors for the program long after their playing days. He’s even gone as far as hiring Former players Shaq Wilson and Byron Jerideau to his first staff.

None of us have any idea if Coach Beamer is going to be successful in Columbia at this point. What we do know is that it appears every single person who walks in the building, from coaches to players, truly wants to be there. One might even infer they’re excited about the new direction.

Whether that translates to championships remains to be seen, but there’s certainly reason to be excited if you’re a Gamecock fan.