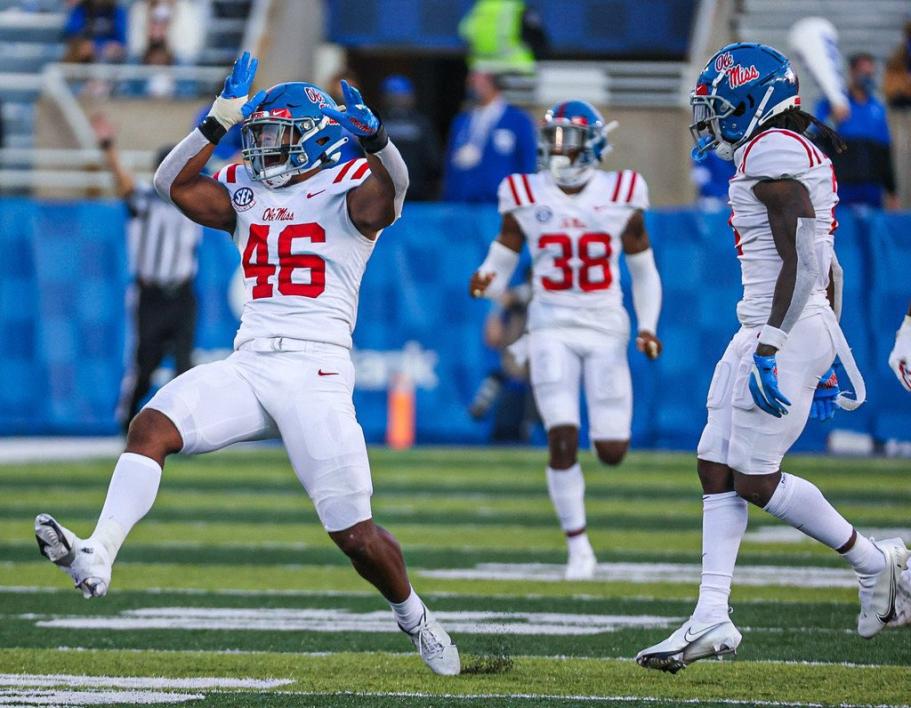 The most wonderful time of the year has returned.

Come Monday, Ole Miss fans will have waited 247 days since they last watched Lane Kiffin and the Rebels take the field. A lot has happened since then: The Grove Bowl, recruiting wins, transfers, etc.

The offense, luckily, has not changed much. The defense will have some new faces and some very familiar ones, like Jaylon Jones, who is entering his sixth season due to a medical redshirt and taking an extra year of eligibility from COVID-19.

Monday’s match-up against Louisville is an intriguing one. The Cardinals are coming off a 2020 season where they played Miami and Notre Dame down to the wire, but lost to some pretty weak opponents as well.

We’ll take a look at what Ole Miss needs to do to get the win on Monday night. The contest in Atlanta begins at 8 p.m. ET and airs on ESPN.

It’s no secret that the Ole Miss offense’s success hinges on quarterback Matt Corral’s performance. Based on what we saw in 2020, the only thing that can stop the Rebels from scoring points is mistakes. The Kiffin/Jeff Lebby offense finished third in the nation with 555 yards per game. With Elijah Moore and Kenny Yeboah now in the NFL, Braylon Sanders has emerged as the clear No. 1 target for this season.

Expect to see him catching the majority of the deep balls, with Dontario Drummond, Jonathan Mingo, John Rhys Plumlee, and Jahcour Pearson splitting targets as well. The patience and maturity Corral showed against Indiana in the Outback Bowl was promising. He extended plays with his feet and threw the ball away when needed. If he can do the same in Atlanta, the Rebels are set.

Ole Miss has had some legendary running backs over the years. Deuce McAllister, Dexter McCluster, BenJarvus Green-Ellis, Brandon Bolden, Jaylen Walton, and Jeff Scott all left their mark in Oxford. It might sound crazy, but the 2021 Ole Miss running backs room is the most talented yet.

At 180 and 220 pounds, respectively, Jerrion Ealy and Snoop Conner bring a “lightning and thunder” style attack to the Rebels’ run game. Both can make plays through the air and near the goal line. Henry Parrish Jr. burst onto the scene as a true freshman against LSU last season, racking up 109 all-purpose yards and two touchdowns.

The offensive line, anchored by left tackle Nick Broeker, should be solid as well. This group can certainly take pressure off Corral and set up the play action.

The other side of the ball was a different story for Ole Miss in 2020. Only one team in the entire country finished worse in yards allowed per game. Tackling was poor, the defensive line could not generate pressure, and the secondary was left out to dry every game.

It was almost comical to watch Kentucky line up in the same formation over and over, letting Terry Wilson look like Cam Newton for a day. Since 2017, the pieces have not been in place to compete with SEC offenses. That could change this year, as Ole Miss added help at all three levels.

Isaiah Iton and Jamond Gordon bring much-needed size and strength to the interior of the defensive line. Maryland transfer linebacker Chance Campbell is as prolific a tackler as anyone on the field.

Quarterback Malik Cunningham will be be leading the Louisville offense again in 2021. He’s extremely athletic, but he’s prone to turning the ball over. Louisville also lost 46% of its offensive production to the NFL this offseason. Expect to see the Ole Miss secondary rotating quite a few players around.

True freshman defensive back MJ Daniels looked impressive in the Grove Bowl. He could very well see some action Week 1. If the Ole Miss defense can create some turnovers and hold Louisville to fewer than five scores, this could be a pivotal game in a turnaround season for the “Landshark” defense.

This could be another high-scoring affair like last year’s opener. The improvements on defense won’t happen overnight, and Ole Miss made average quarterbacks look like All-Americans last season. Still, the Ole Miss offense should bail this team out in the end.

The advantage with both personnel and coaching will be too much for the Louisville defense to overcome. The current spread is 10 points in favor of the Rebels. We think it will be a bit tighter than that.