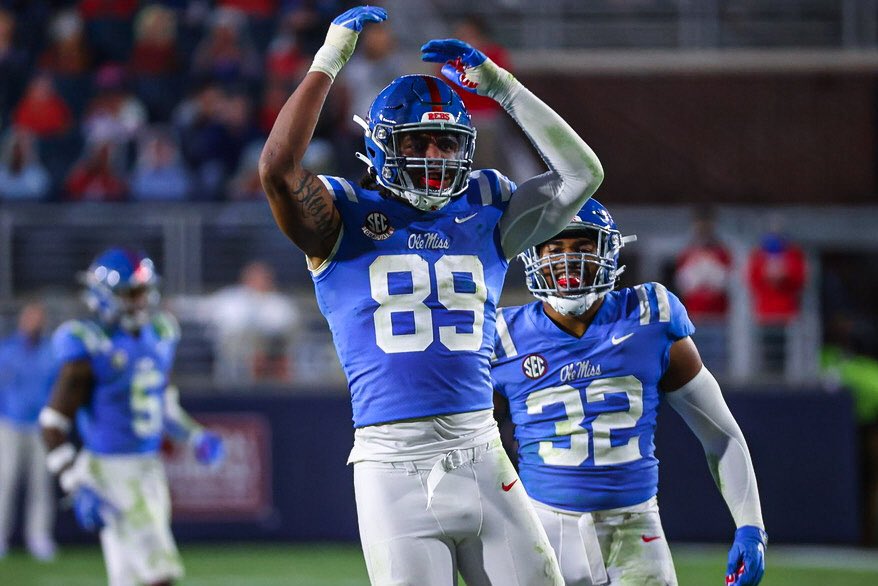 AUTHOR’S NOTE: It’s been one year since I wrote my first article for Fifth Quarter – an Egg Bowl preview in which I honored my late uncle, told about my first Thanksgiving Egg Bowl, and predicted a wild game. What unfolded can only be described as sheer chaos.

In last season’s Egg Bowl, Ole Miss pieced together an incredible late drive. We all know what happened next: the infamous Elijah Moore celebration, the 15-yard penalty, and the shanked extra point to give Mississippi State the win. One could argue that single play resulted in two coaches being fired and a 21-20 loss for the Rebels.

Both schools made waves with their offseason coaching hires, and now they finally meet in the match-up everyone’s been waiting for — two wild card coaches meeting in a pandemic…how crazy can it get?

Mississippi State started off the season with a surprising drubbing of LSU. Quarterback K.J. Costello looked to be the real deal. However, teams immediately adjusted, and Mississippi State went on to average just over 10 points and 263.2 yards per game over its next five games.

Since then, head coach Mike Leach benched the senior Costello for freshman Will Rogers. The Bulldogs were able to put up 24 points against a stout Georgia defense last week.

What clicked for the Bulldogs? Here are five things the Rebels need to focus on to stop this offense:

On its first drive against Georgia, Mississippi State moved the ball slowly down the field, burning more than eight minutes off the clock. All but one pass on the drive was under 10 yards. The Bulldogs ran shallow crossing routes, hitch routes, and swing passes against the drop eight Georgia defense.

This same look is what stifled the Bulldog offense the previous five games. The difference, however, was that Georgia linebackers consistently lined up too deep and dropped even further when the ball was snapped.

This left the middle of the field wide open. The strength of the Ole Miss defense lies in its linebacker corps. Press coverage and aggressive linebacker play at the second level will take away these easy passes.

Any time you face a freshman quarterback, you need to bring the pressure. What modest success Georgia had Saturday came from pressuring Rogers. Rogers is averaging just 5.2 yards per pass attempt, which is dead last in the SEC.

When kept clean, Rogers does a good job of waiting out the defense and finding a wide receiver underneath. The addition of Otis Reese to the Ole Miss defense will likely increase the number of blitzes the Rebels bring.

Reese is a fast, physical player who punishes quarterbacks and ball carriers at all three levels. Look for co-defensive coordinator DJ Durkin and company to try and rattle Rogers early.

Against teams like Alabama, the Rebel cornerbacks often lined up 10 yards off the line of scrimmage. This was understandable, as Alabama has likely the deepest receiver room in the country. The Crimson Tide also take shots downfield often.

Mississippi State spreads the ball evenly among its wide receivers, but does not have a true “home run” threat to consistently burn opposing defenses deep. Osirus Mitchell is the Bulldogs’ top target. At 6-foot-5, he can be a threat in the red zone, but his 11.8 yards per catch average puts him below all five of the leading receivers for Ole Miss in that category.

The Ole Miss defense is weak up front. A 3-man rush can actually work in its favor. If the Rebels successfully execute all of the above points, they can force Leach to run the ball more.

With Kylin Hill gone and the Bulldogs accumulating a dismal 151 yards on the ground all season, this is exactly what the Rebels hope for. All year, teams have run on Ole Miss with ease, getting a consistent three- to four-yard push up front. This is likely to change against Mississippi State.

In all of his years as a head coach, Leach has never been one to stack the line and run the ball right at you. Despite this, two of the Bulldogs’ three touchdowns last week actually came on the ground.

Both were inside the 10, using the exact same formation: shotgun, with one receiver to the right and trips to the left. They simply spread the defense out and ran it up the middle.

After a year of locker room turmoil, transfers, opt-outs, and injuries, the Bulldogs are left with 49 scholarship players currently available to play. Expect Leach to try some trick plays and set up the run after multiple passes.