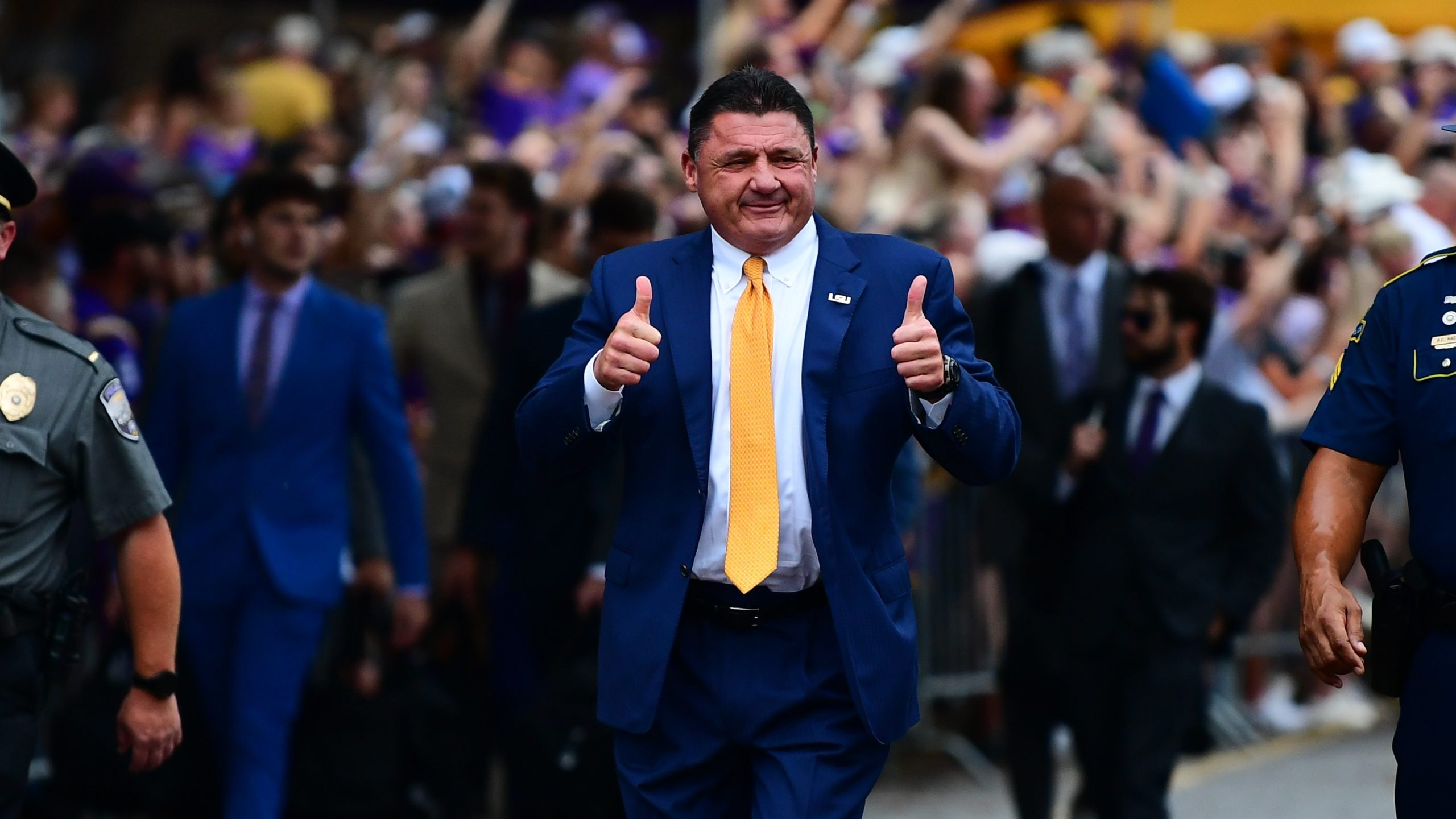 Critics have been loud about head coach Ed Orgeron since the beginning of his tenure at LSU.

The former Ole Miss and USC head coach took over for fired Les Miles four games into the 2016 season. What did “Ed O” do? Well, he completely changed the trajectory of the season as the Tigers went 6-2 the rest of the way.

At the end of the 2016 season, LSU promoted Orgeron to head coach. Fans were not sure what to make of it, mostly because of his past. He was just 10-25 in three years as the head coach at Ole Miss.

The 2017 season rolled around. Expectations for LSU were very low. In fact, some even doubted its ability to get to a bowl game.

Orgeron led the Tigers to a 9-4 season, which surpassed practically all expectations. After another 10-win season in 2018 behind Ohio State transfer quarterback Joe Burrow, Orgeron’s job security in Baton Rouge was at an all-time high.

Then came the 2019 season. LSU returned Burrow and practically all of its production from a 10-win team. This time, there was something different behind the scenes.

Orgeron went out and hired Joe Brady from the NFL to serve as LSU’s passing game coordinator. He aimed to produce a high-flying and more modern offensive attack, and it did more than that.

Burrow threw for over 5,000 yards en route to a Heisman Trophy. That effort is considered one of the best seasons in the history of college football. On top of that, Ja’Marr Chase won the Biletnikoff Award for an offense that scored more points than any team ever. One could go on for days about the accolades received by a team that is in the conversation for the best ever.

2020 rolled around, and there was a lot of uncertainty surrounding LSU. The Tigers had just won a national championship, but also lost 19 of 22 starters from that team and suffered severe staff turnover.

Orgeron was about to get tested when things were not comfortable. Did he pass the test?

Unfortunately, he did not.

On offense, LSU played three different quarterbacks in its effort to replace Burrow. As for Burrow, he was selected first overall in the 2020 NFL Draft by the Cincinnati Bengals.

Immediately, the 2020 season was nothing short of a disaster. LSU kicked off with an upset loss at home against Mississippi State, and suffered blowout losses to rivals Auburn, Texas A&M and Alabama. A late upset win over Florida resurrected some of the season, but the Tigers still settled for a 5-5 finish.

It was the first non-winning season since 1999. That was the year prior to Nick Saban being hired.

Orgeron hit the coaching carousel again — this time by bringing in two coordinators from the NFL. Offensive coordinator Jake Peetz was Joe Brady’s quarterbacks coach with the Carolina Panthers and came to LSU to run the same offense as Brady. Daronte Jones came in after serving as the defensive backs coach for the Minnesota Vikings.

All of this suggests that Orgeron is trying to recreate something that is impossible to recreate. Brady brought something into the SEC that we have never seen before. The Burrow turnaround is also something we will likely never see anything like.

There is one other thing that cannot be overlooked. Orgeron hired two coaches who have never called plays before to be his coordinators.

Like 2020, there was immediate disappointment from LSU in 2021. The Tigers lost to UCLA to kick off the season. UCLA is a program that has been far from its prime in recent years. After a near loss against Mississippi State, LSU lost to Auburn at home. Auburn had not won in Baton Rouge since 1999.

The losses stink, but for the LSU faithful, the lack of in-game adjustments has been more frustrating.

Things are looking bleak at LSU. The Bayou Bengals have lost two winnable games and almost blew a 3-score lead against a mediocre-at-best Mississippi State team. When you have a team as talented as LSU and just cannot finish, it comes back to coaching.

Nobody knows what is in store for Orgeron, but the fans are not happy. Since the national championship season, LSU has played at a very low level. It is not a talent issue either. We can see that with guys like Kayshon Boutte and Max Johnson.

One thing is simply not happening right now. That is players being put in the right spots.

The seat is hot in Baton Rouge, and each passing week adds more fuel to the fire.