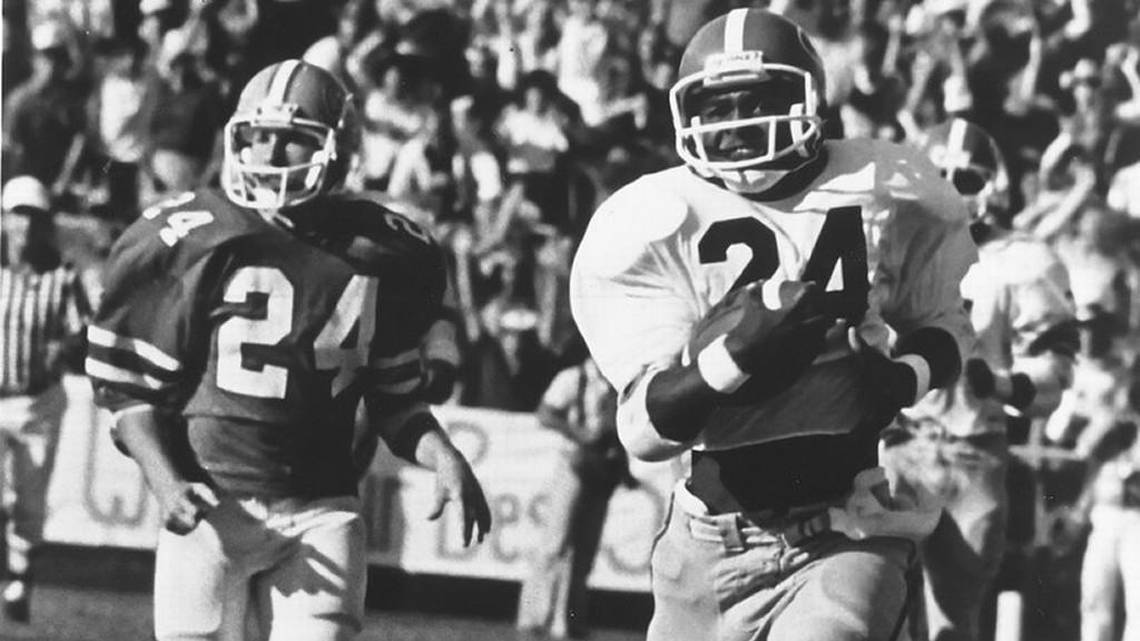 It’s been 40 years since Georgia has won a national championship.

Bulldogs’ fans seem to get reminded of that all the time. The wait in Athens however, may have been even longer had it not been for the play that took place on this day 40 years ago.

Against rival Florida in Jacksonville, the Bulldogs appeared destined for their first loss of the 1980 season. That was before Lindsay Scott saved the day in a thrilling 26-21 win over Florida.

Georgia was ranked No. 2 in the country and had just survived a scare from South Carolina as it made its way to Jacksonville for the annual rivalry contest with Florida on Nov. 8, 1980. At 8-0, Georgia had won the previous two meetings with Florida and five of the last six.

Ranked 20th in the country, Florida came in with a record of 6-1. The Gators had won three straight games while allowing a grand total of 13 points over those three games. Florida appeared on the verge of getting its biggest win yet.

What was once an 11-point Georgia lead had evaporated as the Bulldogs were backed up inside their own 10-yard-line and desperate. A drive that started with 1:35 to play and at the 8-yard line was headed nowhere fast.

Quarterback Buck Belue was stopped for a loss on first down before misfiring on second down. With just over a minute to play, the Bulldogs now faced 3rd-and-11. As Belue dropped back into his own end zone, things looked pretty hopeless.

Belue however, would get a key block before stepping up and firing a strike to Scott. Surrounded by Gators, Scott made the catch near the 25-yard-line. After Florida safety Tim Groves fell down, Scott made his way toward the sideline and became the fastest man on the field.

Despite several Florida players near the play, Scott was never caught as he made his way down the sideline for the go-ahead 93-yard touchdown. Somehow, Georgia had found a way.

The 2-point conversion try was no good, but the Georgia defense did its job on the final drive. For the third straight year, Georgia was better than Florida.

Georgia raced to a 14-3 lead, thanks to a 72-yard touchdown run by freshman running back Herschel Walker and a scoring strike from Belue to fullback Ronnie Stewart. Florida drew to within four at the half on Wayne Peace’s touchdown pass to Cris Collinsworth following a Georgia turnover.

A pair of field goals by Rex Robinson pushed the lead back to 10 for Georgia in the third quarter. In the final period, James Jones scored from 11 yards out to push the Gators to within a score. Peace’s 2-point conversion toss to Tyrone Young cut the lead to 20-18.

Florida took its first lead on Brian Clark’s 40-yard field goal midway through the final period. The teams exchanged punts before Belue found Scott on the decisive drive. Walker rushed for 238 yards to pace the Georgia offense. Peace passed for 282 yards for Florida in the loss.

The loss for Florida would begin a downhill spiral. After edging Kentucky in Lexington the following week, the Gators dropped back-to-back games to in-state rivals Miami and Florida State. They would salvage the season by beating Maryland in the Tangerine Bowl.

As for Georgia, it would ascend to No. 1 the following week and go on to finish 12-0. The Bulldogs topped Notre Dame 17-10 in the Sugar Bowl to win their first national championship since 1942.

Regarding the rivalry contest with Florida, it would be one of six decided by seven points or less during the 1980 season for Georgia. It was also the most memorable, thanks to the miraculous play by Lindsay Scott that will forever live in Georgia lore. It happened on this day four decades ago.