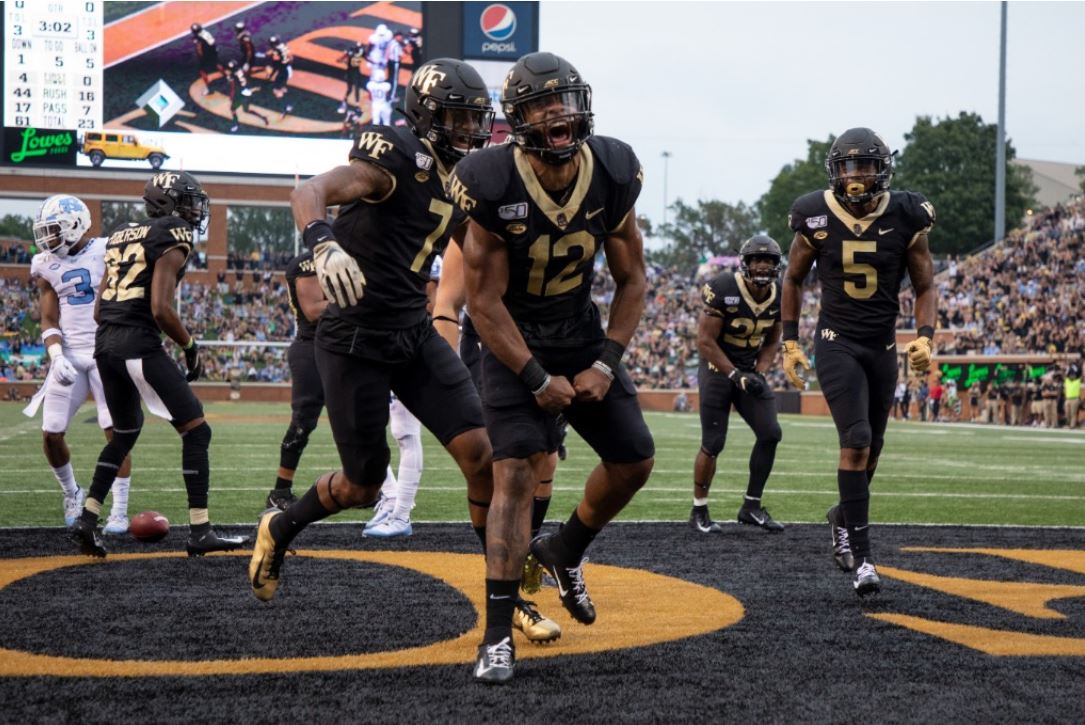 Georgia is heading into the 2020 season with eight quarterbacks on its roster, but the battle at quarterback is expected to be between two main names: Jamie Newman, a graduate student transfer from Wake Forest, and JT Daniels, a redshirt sophomore transfer from Southern California.

This article will take an in-depth look at each quarterback on the University of Georgia’s 2020 roster.

D’Wan Mathis, a 6-foot-6, 205-pound redshirt freshman from Oak Park High School in Oak Park, Michigan, was the co-winner of the David Jacobs Award in 2019. He enrolled at the Georgia in January 2020 and participated in spring drills. Mathis was 15-for-28 passing, with 113 yards in the G-Day Spring Game.

At Oak Park High School, Mathis was selected to the Elite 11 Finals, which is the nation’s most prestigious quarterback camp for prep prospects. He was a 247Sports four-star prospect. Mathis was ranked as the No. 9 pro-style quarterback nationally, the No. 7 player in Michigan, and the No. 261 overall prospect nationally. According to Rivals.com, he was a four-star prospect, ranked as the No. 102 prospect nationally, the No. 2 dual-threat quarterback, and the No. 4 prospect in Michigan.

ESPN.com ranked Mathis as a four-star prospect. It also had him ranked as the No. 299 prospect nationally, the No. 15 dual-threat, the No. 24 prospect in the Midwest, and the No. 6 prospect from Michigan.

Jamie Newman, a 6-4, 230-pound graduate transfer from Wake Forest, transferred and enrolled at Georgia in January 2020. Newman is originally from Graham, North Carolina.

In 2019, Newman received All-ACC honorable mention and was on the watch lists for the Manning and Maxwell Awards. Newman was named the ACC Player of the Week at quarterback following Wake Forest’s win over Utah State on Aug. 30.

Newman became Wake Forest’s first quarterback to throw for over 2,000 yards in a season in fewer than eight games. He threw 35 touchdown passes in 16 career starts. Newman set a Wake Forest single-game record with 401 passing yards in its opener against Utah State.

Newman ranked 20th nationally and second in the ACC in total offense 286.8 yards per game last season. He ranked 16th nationally in points responsible for at 16 per game.

In 2018, Newman finished the season as Wake Forest’s starting quarterback, leading them to a 3-1 record to close the year. He received the Manning Award Star of the Week honor following his performance at North Carolina State, where he was 22-for-33 passing, with 297 yards and three touchdowns.

Newman was named the Birmingham Bowl MVP after Wake Forest’s 37-34 win over Memphis to close 2018. Newman completed 22 of 40 passes for a then career-high 328 yards and a touchdown while rushing for three scores. He scored the game-winning touchdown with 34 seconds remaining.

Stetson Bennett is a 5-11, 190-pound junior from Blackshear, Georgia.

In 2019, Bennett played in five of the Bulldogs’ 14 games, completing 20 of 27 pass attempts, with two touchdowns. His Bulldog debut was vs. Murray State, where he complete nine of 13 passes for 124 yards and two touchdowns, including a rushing touchdown.

Bennet re-enrolled at Georgia in January and participated in spring drills. He completed 12 of 22 passes for 210 yards and a touchdown in the annual G-Day game, playing for both sides during the game.

Carson Beck is a 6-4, 225-pound freshman from Jacksonville, Fla. He enrolled at Georgia in January of 2020.

In 2019, Beck attended Mandarin High School. He was invited to the 2019 Elite 11 Finals. Beck earned the “Best College Fit” superlative at the finals. He was honored as the 2018 USA Today Florida Offensive Player of the Year.

Beck earned the title of Florida’s Mr. Football by leading Mandarin to its first state title in program history and the second all-time by a Duval County public school. He went 25-of-36 for 329 yards and five touchdown passes, which was one shy of the FHSAA record in a title game.

Beck transferred to Mandarin after two seasons at Providence School, where he passed for 994 yards and 12 touchdowns as a sophomore.

Not only was Beck a star quarterback, but he was also a top baseball prospect at the Providence School. He was a first baseman/right-handed pitcher, and earned high honorable mention for the 2018 and 2019 Perfect Game Preseason Underclassman All-American teams. He hit for a .354 average with 22 runs batted in as a sophomore at Providence.

JT Daniels is a 6-3, 210-pound redshirt sophomore transfer from USC. Though he has had two injury-plagued seasons (concussion in 2018 and a knee injury in 2019), he is expected to be at the front of the battle for the starting quarterback position in 2020. It is expected to be a contentious battle between Daniels and Newman — both grad transfers.

Daniels was redshirted at USC after his 2019 season was ended by a knee injury in the third quarter of USC’s opener against Fresno State. Prior to injury, he had completed 25 of 34 passes for 215 yards. He was named to the Pac-12’s Academic Honor Roll for Fall 2019.

In 2018, Daniels played 11 games for USC as a true freshman, starting all 11. He was just the second true freshman USC player to start at quarterback in the season, following behind Matt Barkley, who did so in 2009. Daniels was 21-for-35 with 282 yards and a 43-yard touchdown in his debut against UNLV.

In the Trojans’ game against Notre Dame, Daniels completed 37 — a USC record — of 51 passes for 349 yards and two touchdowns.

He threw for 322 yards against Texas, was 30-for-48 passing and threw a couple touchdowns and converted a two-point conversion.

Daniels would miss the game against Airzona State after suffering a concussion against Utah.

In 2018, Daniels was the No. 2 ranked pro-style signal caller in the country. In total in 2018, Daniels had a pass completion percentage of 59.5 percent. He completed 216 of 363 pass attempts for 2,672 yards. He finished the season with 14 touchdowns and gave up 10 interceptions.

Priestly attended Loyola High School, where in 2018 he earned the Team Captain Award as a senior. He participated in the “QB Collective” invite-only camp in June 2018. He also lettered in baseball at Loyola.

Jackson Muschamp is the son of South Carolina head coach and former Florida head coach, Will Muschamp. He is a 6-2, 190-pound freshman from Columbia, South Carolina where attended Hammond High School. 247Sports had Muschamp ranked as the No. 2,748 overall quarterback nationally and the No. 150 pro-style prospect for 2020.

Austin Kirksey is a 6-3, 205-pound redshirt freshman from Marietta, Georgia. He attended Walton High School. He was ranked by 247Sports as the No. 1,673 overall quarterback prospect and the No. 59 Pro-style quarterback.

Who Will Win The Battle At Quarterback?

With the 2020 season slated to start in late September, the Bulldogs have just under two months to decide on who their starter will be. However, it is expected that the spot will go to one of the two graduate transfers in Newman or Daniels. However, Mathis, Beck, and Bennett are also in the mix to see action in 2020.