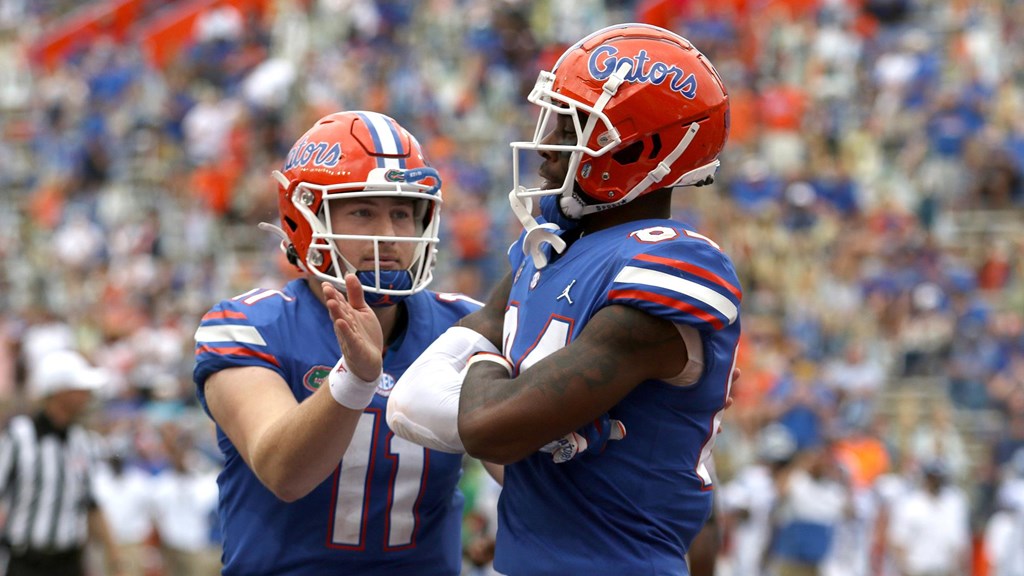 Florida quarterback Kyle Trask hopes to continue his Heisman Trophy campaign and clinch the SEC East for the Gators this weekend as they travel to Knoxville to take on Tennessee.

There was a point this season where both teams were ranked in the top 15. Since ascending to No. 14 in the polls, Tennessee has lost five straight games. At 7-1, Florida comes in ranked sixth and well alive for a shot at the College Football Playoff.

The face of the Florida program is without a doubt, Trask. It was against Tennessee last season that Trask made his first career start. He passed for 293 yards and two touchdowns in a 34-3 victory for the Gators.

This season, Trask has set the country on fire. Trask leads the nation in touchdown passes, ranks second in yards per game passing, fifth in passer rating and seventh in yards per attempt.

Tennessee ranks in the middle of the pack defensively in the SEC. It’s not for a lack of talent, however. The strength for the Volunteers is at linebacker. Deandre Johnson and Kivon Bennett each have 4.5 sacks.

As a team, Tennessee has just 16 sacks this season. The Volunteers are pretty stout against the run, but are allowing 8.8 yards per pass attempt. Among SEC teams, only South Carolina and Vanderbilt allow more.

While Florida may have the Heisman winner behind center, that has been a sore spot for Tennessee. A senior, Jarrett Guarantano has the third-worst passer rating in the SEC. Eric Gray’s 651 rushing yards leads a Tennessee team that ranks 12th in the SEC in total offense.

The Gators haven’t been great defensively this season, but have allowed fewer than 20 points in three of their last five games. After a rough start to the season, Florida allowed a season-low 10 points to Kentucky last week.

Linebacker Ventrell Miller is probably the best defensive player for Florida. Miller leads the team with 52 tackles while fellow linebacker Brenton Cox Jr. has been the best pass rusher for the Gators with four sacks.

Since blowing an 18-point lead in Knoxville in 2016, Florida has won three straight over Tennessee. The Gators have won 14 of the last 15 in the series. Saturday’s contest begins at 3:30 p.m. ET and airs on CBS.

Miami (7-1) at Duke (2-7)
Saturday, Dec. 5 at 8 p.m. ET (ACC Network)
Duke was originally set to host Florida State while Miami was set to visit Wake Forest. After COVID-19 cases at FSU and Wake Forest, a schedule change will send the Hurricanes to Durham. This will Miami’s first game in three weeks. Duke has turned the ball over more than any team in the country this season with 30 giveaways.
Prediction: Miami 37, Duke 17

Cincinnati Bengals (2-8-1) at Miami Dolphins (7-4)
Sunday, Dec. 6 at 1 p.m. ET (CBS)
This isn’t the anticipated match-up between Tua Tagovailoa and Joe Burrow, but this is still a pretty important game for the Miami Dolphins. With a win, the Dolphins would guarantee avoiding a losing season for the first time since 2016. The last two meetings in Miami have been won by the Dolphins in overtime.
Prediction: Miami 31, Cincinnati 17