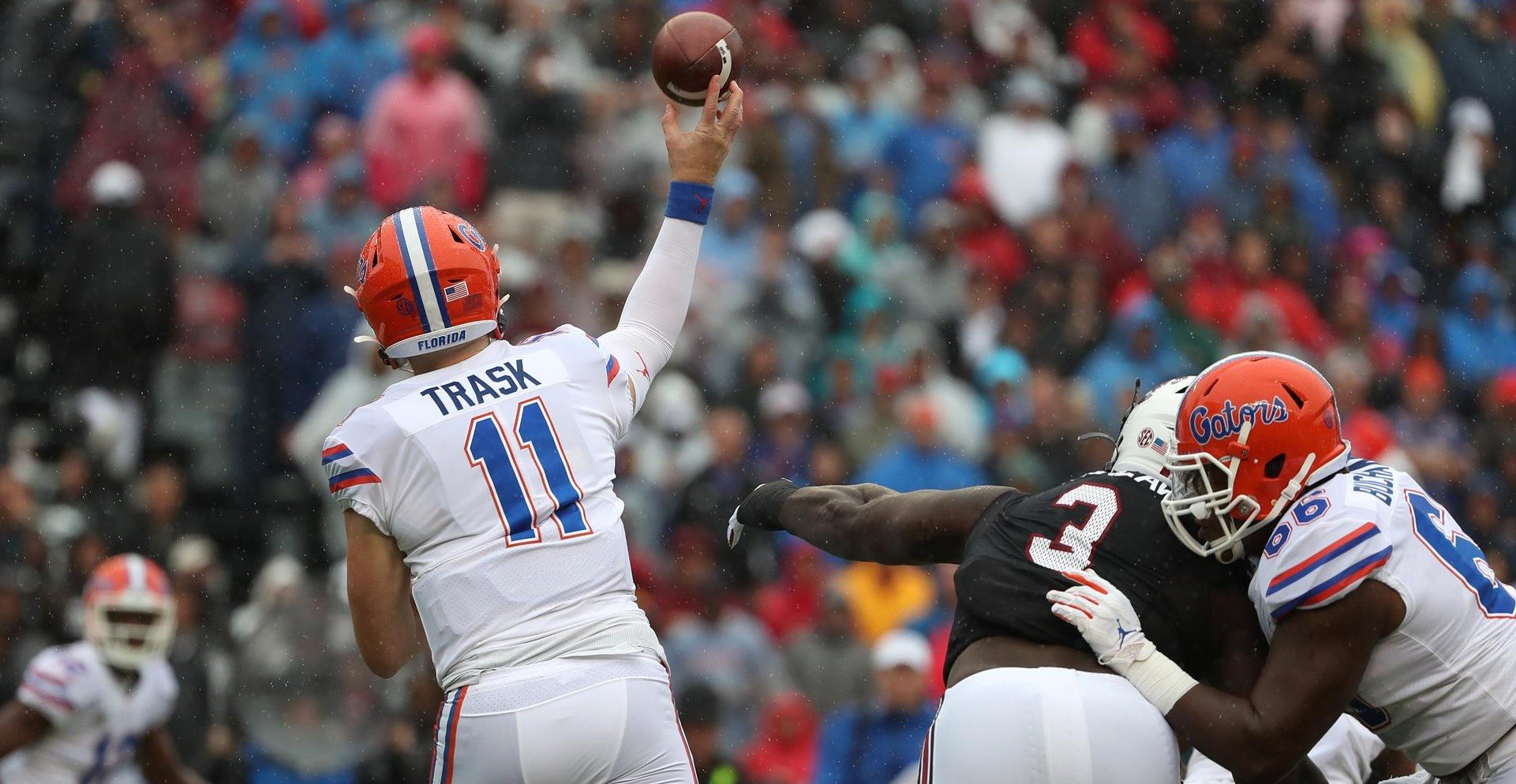 After back-to-back 10-win seasons that culminated in New Year’s Six bowl victories, Florida is finally ready to take the field in 2020.

The Gators have been revived under third-year head coach Dan Mullen and enter the year with SEC and national championship aspirations. Florida finished 11-2 last season and No. 6 in the final AP Poll — its highest since 2009. Standing in the way on Saturday will be Ole Miss and first-year head coach Lane Kiffin.

Captaining the ship for Florida is quarterback Kyle Trask. Trask took over for an injured Feleipe Franks last season and took the offense to new heights. Trask finished with more than 2,900 yards passing and 29 total touchdowns compared to just seven interceptions.

Florida will be replacing a slew of skill players, but Jacob Copeland and Kadarius Toney are both versatile play-makers out wide. Tight end Kyle Pitts returns after leading the team with 54 receptions. Pitts finished with 649 yards receiving and five touchdowns.

Ole Miss finished 4-8 a season ago as it looks to start off on the right foot against the fifth-ranked Gators in Oxford. It’s possible that Matt Corral and John Rhys Plumlee both see time under center for the Rebels.

Corral had a better season as a passer, but Plumlee led the team with 1,023 yards rushing and 12 touchdowns. Running back Jerrion Ealy and wide receiver Elijah Moore are two players to watch for an Ole Miss team that ranked third in the SEC last season in total offense.

Come Saturday, the Rebels will face a Florida defense that ranked in the top 10 nationally in both scoring and total defense. As is the case on offense, there is some significant attrition there however. Defensive linemen Jabari Zuniga, Jonathan Greenard and cornerback C.J. Henderson are all off to the NFL.

Ventrell Miller is a very good player at linebacker and should lead the Gators in tackles this season. The strength for Florida might be in the secondary where it returns Marco Wilson, Donovan Stiner, Shawn Davis and Kaiir Elam.

The Ole Miss defense was abysmal last season. Ole Miss ranked 11th in the SEC in scoring defense and last in total defense last season. The good news is that linebacker and leading tackler Lakia Henry returns for a senior season.

Saturday’s contest will be the first meeting between the schools since 2015 when Florida blasted No. 3 Ole Miss in Gainesville, 38-10. It is the first meeting in Oxford since 2008. Ole Miss has not beat a top-5 team since knocking off No. 2 Alabama in 2015. Kickoff is set for 12 p.m. ET and will be shown on ESPN.

No. 13 UCF (1-0) at East Carolina (0-0)
Saturday, Sept. 26 at 12 p.m. ET (ABC)
Georgia Tech gave UCF a little bit of resistance through three quarters last week, but when all was said and done, the Knights racked up 660 yards of offense. East Carolina gave up more yards per game last season than any team in the American Athletic Conference.
Prediction: UCF 52, East Carolina 21

Florida International (0-0) at Liberty (1-0)
Saturday, Sept. 26 at 1 p.m. ET (ESPN3)
Butch Davis has led Florida International to winning seasons in each of his first three seasons as head coach. The Panthers open on the road against Hugh Freeze and Liberty. Quarterback Malik Willis will be the player for watch for the Flames after going for 168 yards rushing and three touchdowns in the opening 30-24 win over Western Kentucky.
Prediction: Liberty 34, Florida International 30

Florida State (0-1) at No. 12 Miami (2-0)
Saturday, Sept. 26 at 7:30 p.m. ET (ABC)
After a statement win at Louisville, Miami will look to win its fourth straight over rival Florida State on Saturday. The Hurricanes have been fueled by the play of transfers such as D’Eriq King, Quincy Roche and Jose Jose Borregales. FSU head coach Mike Norvell will miss the contest after a positive COVID-19 test.
Prediction: Miami 38, Florida State 17