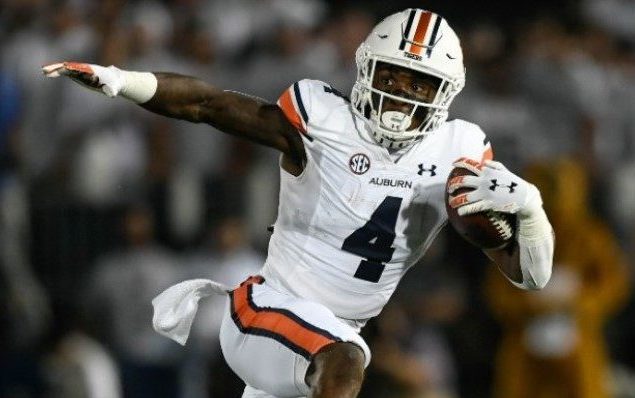 Entering every year, it feels like we have a grasp of how good most college football teams are going to be.

We are usually wrong. However, it seems that no one ever knows how good Auburn will be. The Tigers can be contending for a national title, or struggling for bowl eligibility.

Auburn fans expect the unexpected at all times, in all sports. But none are more pressing than their football team. This coming season is no different.

After a rough ending to its previous season, the administration launched an investigation into head coach Bryan Harsin. It was certainly odd how determined Auburn seemed to be to be fire its head coach after just a season.

Harsin was not fired to the delight of some, and dismay of others. Auburn football has felt like an afterthought, to say the least, this offseason. As the 2022 season approaches, fans on the plains can continue to expect the unexpected.

There’s no way to sugarcoat it — it was not a good ending to the 2021 season. Auburn was 6-2 entering November with losses were to Penn State and Georgia. The Tigers had control of their own destiny in the SEC West and the potential to steal a College Football Playoff bid.

The confidence was understandable. Auburn had just handled Ole Miss at home and all was clicking.

Then, the Tigers took a trip to Kyle Field.

It was a disaster offensively for the Tigers. Texas A&M did not score an offensive touchdown, and still won 20-3. This was a blow to the Tigers’ spirits, but A&M had defeated Alabama. Despite a lackluster performance, the loss didn’t seem like a disaster — just a small setback.

The Tigers returned to the safe confines of Jordan-Hare Stadium to take on Mississippi State. It was a chilly early start, but the Tigers were hot. Shutting down Mississippi State head coach Mike Leach’s “Air Raid” offense, Auburn raced to a 28-3 lead.

Some in the student section made jokes about not duplicating the Atlanta Falcons’ Super Bowl LI performance in which they blew a 28-3 lead in a loss to the New England Patriots. Many left at halftime with Auburn up 28-10. Symbolically, the team seemed to, also.

In the second half, Auburn quarterback Bo Nix suffered a season-ending injury. What had been a paltry attack for Leach’s crew was suddenly unstoppable. What was a 25-point lead had become a 15-point deficit as the Bulldogs scored 40 straight points in an eventual 43-34 road victory.

It was a bitter disappointment to lose by two scores in a game where Auburn once led by four scores. Auburn fans were now skittish about taking on a new look South Carolina team with first-year head coach Shane Beamer. Many Auburn students made the trip to Columbia and again, things started well.

For the second week in a row, Auburn led by two scores in the first quarter. Up 14-0, everything seemed OK. South Carolina was a 5-5 team, but it had struggled with East Carolina, Troy and Vanderbilt. Most felt a rout in the Tigers’ favor was inevitable.

Auburn went without a touchdown for the final three quarters as South Carolina stormed back and won, 21-17. Up next was Alabama. The question was no longer whether Auburn would win, but by how much it would lose.

Instead, Auburn was on the verge of shocking the world. Leading 10-0 in the fourth quarter, the Tigers were in control. With the score now 10-3 late in regulation an ill-advised decision to go out of bounds by running back Tank Bigsby ultimately preserved time for Alabama.

At 6-6 and on a 4-game losing streak, few were excited for Auburn’s Birmingham Bowl matchup with Houston and for good reason.

In the end, the results were the same. A touchdown with less than four minutes to play gave Houston a 17-13 victory and Auburn its first losing season since 2012.

Will Auburn Boom or Bust?

Will Auburn boom or bust in 2022? Who knows at this point? When you have a team with nothing to lose and everything to gain, they usually do pretty well historical-wise.

Harsin is the unquestioned leader of this team. His players seem to love him; many have stuck by his side throughout his entire saga.

Despite a disappointing season, tumultuous offseason and questions about who will start at quarterback, excitement continues to build. Auburn should have a solid defense and many believe the offense will improve.

With a great atmosphere and history, it’s hard not to like Auburn. Being overlooked seems like a recipe for success for the Tigers more often than not.

Despite the dismal finish to 2021, expect Auburn to bounce back in 2022. With Penn State, Missouri and LSU at home, it’s not unreasonable for Auburn to start 4-1. Road contests at Georgia, Ole Miss and Alabama will be extremely tough, but Texas A&M and Arkansas will each come to Auburn.

Winning in the SEC is never easy, but 8-4 and perhaps 9-4 with a bowl victory is completely reasonable. That should be enough for Harsin to keep his job.

Behind center, expect Robby Ashford, the Oregon transfer, to win the starting job and drastically improve the offense. The Hoover High School alum should be able to make plays with his athleticism and his accuracy. He has the potential to be the most accurate passer the Tigers have had in a long time.