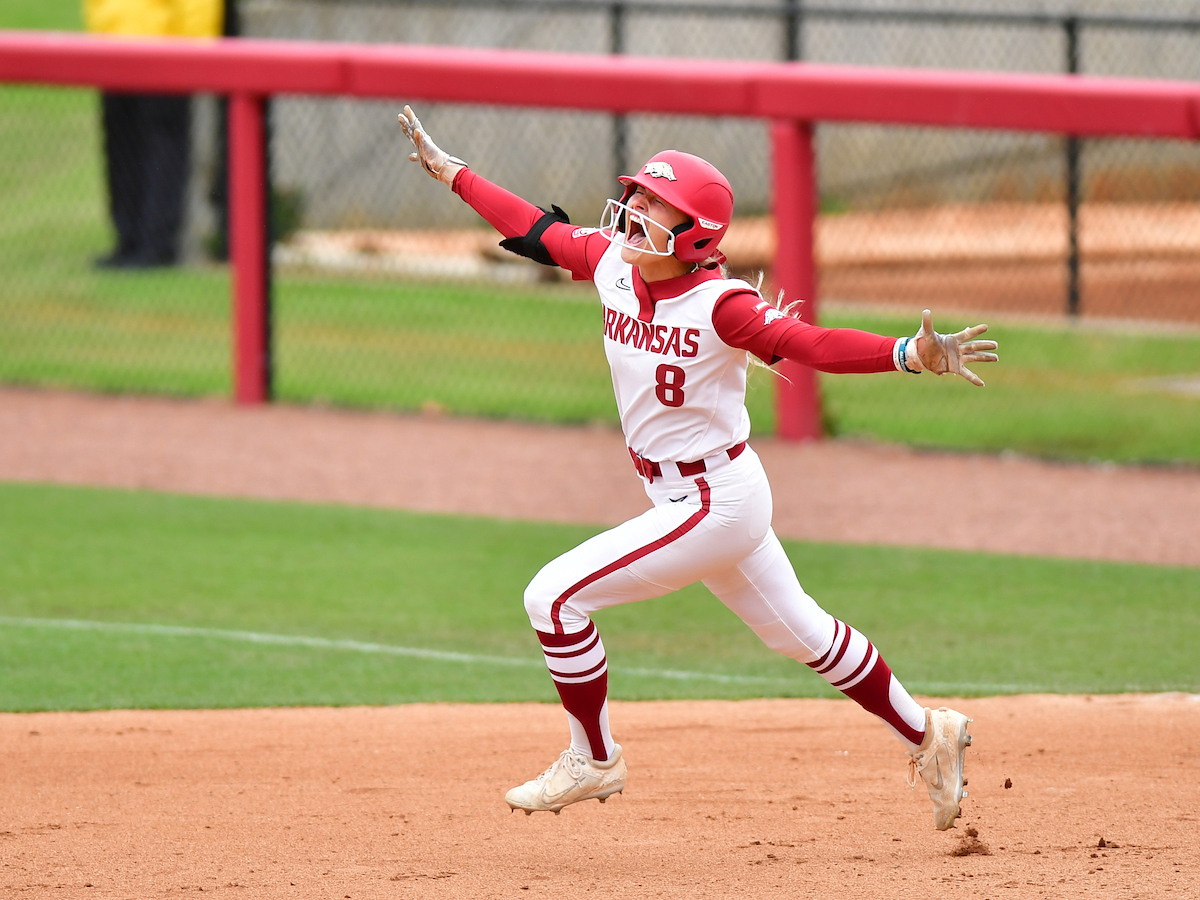 Not much excites the people of Fayetteville more than having Texas come to town. After Arkansas softball dominated the Fayetteville Regional, Texas is officially on the way.

In Arkansas, the hate towards Texas has been around since the 1960s. This hate started brewing in football, but any time the Razorbacks get to play the Longhorns, the rivalry is prevalent. In the fall, the Razorbacks beat Texas on the gridiron, 40-21, at a sold-out stadium in Fayetteville.

Bogle Park fully expects a sell-out, as fans are already preparing for the best-of-3 NCAA Super Regional. Arkansas had 9,174 fans over the weekend, for the regional.

Arkansas went a perfect 3-0 in its regional last weekend, defeating Princeton on Friday and Oregon on Saturday and Sunday. On Friday, Arkansas and Mary Haff shut out Princeton 11-0, while Danielle Gibson hit a grand slam and accounted for five RBIs.

On Saturday and Sunday, six was the lucky number as the Hogs came alive in the sixth inning of both games. Arkansas beat Oregon 6-2 on Saturday, after Linnie Malkin hit a 3-run home run, which was followed by Kacie Hoffman’s solo shot in the sixth inning. Chenise Delce held it down in the circle, only allowing two runs against the Ducks’ strong lineup.

Sunday looked very similar, as Arkansas came alive in the sixth inning to break the 3-3 tie and ultimately win 9-3. Malkin and Hoffman hit back-to-back home runs — just like the day before. KB Sides came through in the clutch with a long ball as did Gibson. The Razorbacks set a new program single-season win record, as they are now 47-9.

Texas had a great weekend in the Seattle Regional, beating favorite and 13th-seeded Washington twice to advance. The Longhorns went 3-1 overall, losing the first rematch game on Sunday before ultimately beat Washington 3-2 in the decisive game.

Texas started the weekend beating Weber State, 6-0. On Saturday, it upset the host team, Washington, 8-2. To advance, the Longhorns had to beat Washington just one more time, but fell short in the first game on Sunday, 2-1.

After a short break, they got back on the field and battled. The action began in the fifth inning when Bella Dayton’s 2-run double gave Texas the lead. In the seventh, Janae Jefferson launched a solo home run, which was the difference in a 3-2 win over the Huskies. With the exception of the COVID-shortened 2020 campaign, Texas head coach Mike White has reached a Super Regional in every season during his 13-year career.

• Arkansas has hit almost twice as many home runs this season as Texas. Arkansas has 109 homers while Texas has 58.

• This will be the first time the Arkansas softball team has played Texas since head coach Courtney Deifel’s first year in 2016.