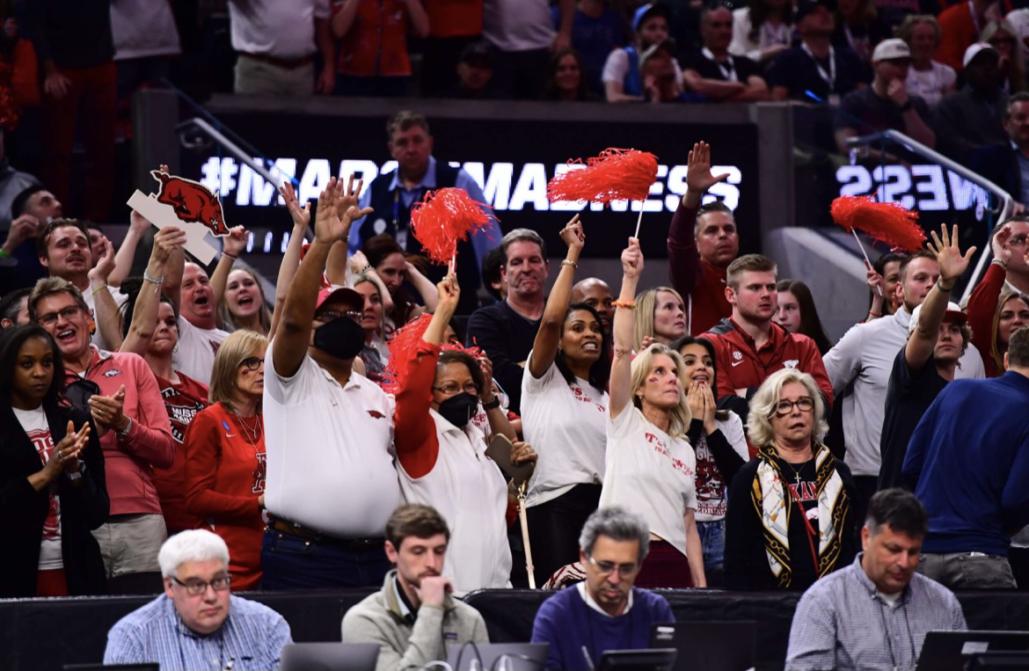 The NCAA Tournament run for Eric Musselman and the Arkansas basketball program ended on Saturday night in the Elite Eight.

The Razorbacks played in San Francisco, Calif. and defeated No. 1 seed Gonzaga in the Sweet 16, 74-68. Arkansas held Gonzaga to 37% from the field as the Razorbacks became the first team to ever beat the No. 1 ranked team during the regular season and in the NCAA Tournament.

Next up, Arkansas had to face Duke and legendary head coach Mike Krzyzewski. The Blue Devils were ultimately too much for the Razorbacks to handle, beating Arkansas 78-69 and shooting 55% from the field. Arkansas had NBA superstar Steph Curry in the crowd and in the locker room cheering it on, but Curry could only watch as his brother’s former school disposed of the Razorbacks.

Blast from the Past

This matchup brought back memories for older Razorback fans. Arkansas had not seen Duke on its schedule since the 1994 National Championship, when Nolan Richardson and the Razorbacks defeated “Coach K” and Duke, 76-72.

Arkansas hoped to spoil Coach K’s national title hopes once again and send the legend into retirement. That was not to be.

Musselman in the Bay

Although the Razorbacks lost, this Sweet 16 trip to San Francisco was special for Musselman and his family. Musselman spent time growing up in San Diego and returned to play college basketball at the University of San Diego. Later in life, in 2002, Musselman moved to the Bay Area and began coaching the Golden State Warriors and was runner-up for NBA Coach of the Year.

He stayed with the Warriors for two seasons before joining the Memphis Grizzlies’ coaching staff in 2004. Musselman returned to the West Coast in 2006 as the head coach for the Sacramento Kings. His two sons, Michael and Matthew, were raised in the Bay Area.

Michael is on the Arkansas coaching staff while Matthew attends the University of San Diego. Matthew and Musselman’s mother, who also lives in San Diego, were able to be in attendance for both games. Musselman’s mother, Kris, had not been able to see him coach since coming to Arkansas. It had to be a special moment for her.

The Razorbacks played in the Chase Center, where former Arkansas slasher Moses Moody now spends his time with the Warriors. This season was the second in a row for Musselman’s crew to reach the Elite Eight. Musselman is the first coach to take Arkansas to back-to-back Elite Eights since Richardson did so in 1994 and 1995.

Arkansas finished the season with a record of 28-9. The weekend however, was far from a disappointment.