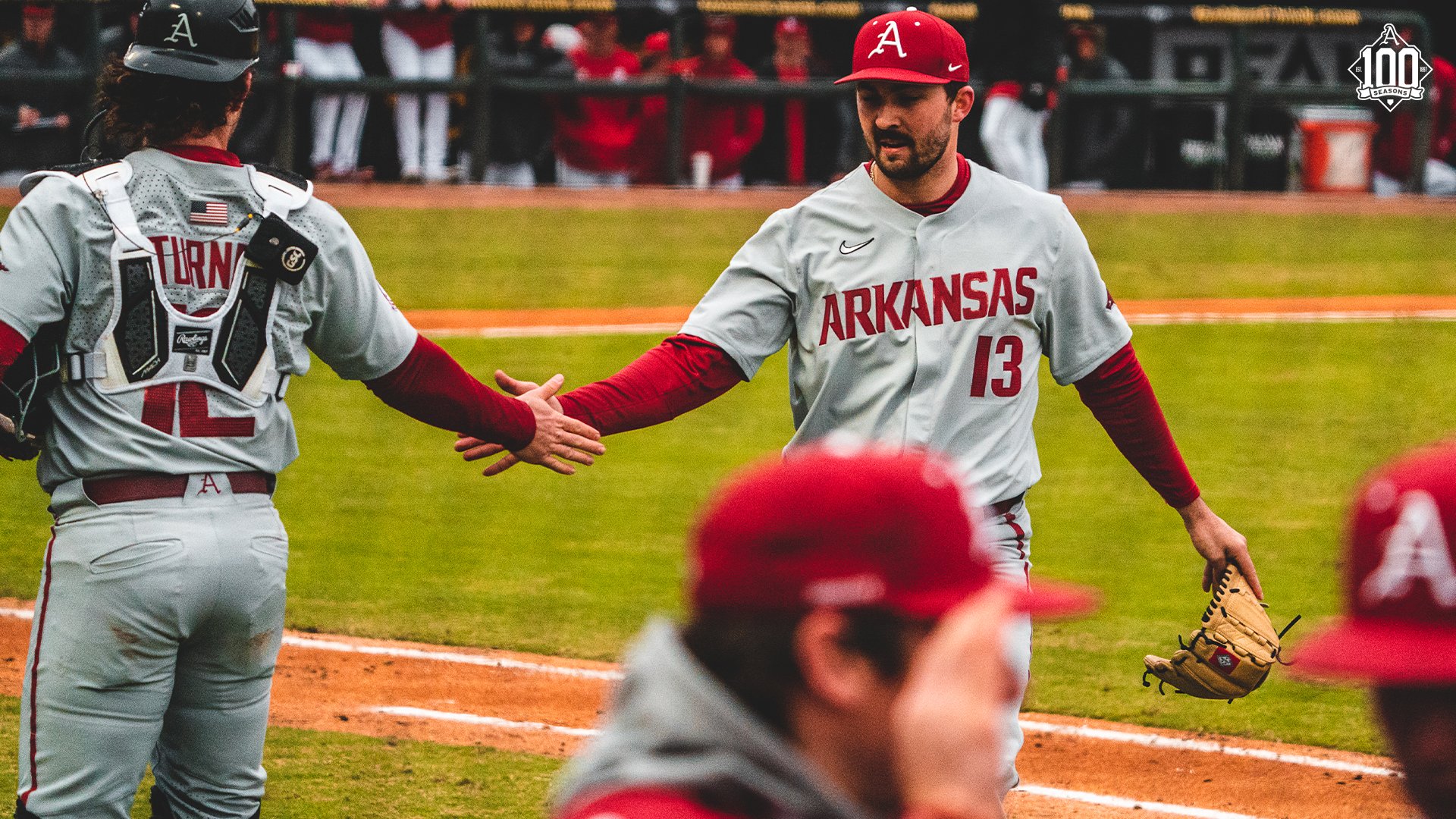 Arkansas fans currently know Connor Noland as the Friday night starting pitcher for the baseball team, but the senior was once the starting quarterback for the Razorbacks’ football team.

Noland has been no stranger to adversity during his time at Arkansas. He was a member of the Chad Morris-coached football team his freshman year, 2018, appearing in four games and starting one.

The Pride of Greenwood

Noland was a four-star athlete in football and was rated the No. 2 player in Arkansas by ESPN and 247Sports. He chose Arkansas over Texas A&M, Ole Miss, Penn State, UCLA, and others. In baseball, he was a 2018 Preseason All-American by Perfect Game.

He went 10-0 on the mound during his senior year and won the 6A state title. He also managed to hit four home runs and tally 37 RBIs. Noland was the ultimate high school athlete.

From Greenwood to Fayetteville

When Noland got to Arkansas, he was forced to battle fellow quarterbacks Ty Storey, Cole Kelley, and John Stephen Jones. It was Morris’ first year as the head Hog, and the Razorbacks only won two games. The starting job typically went back and forth between Storey and Kelley, but Noland got his first opportunity in the third quarter against North Texas in Week 4.

He got the start against Tulsa on Oct. 20 after Storey was injured. Noled played in four games total in 2018, completing 21 out of 42 passes for 255 yards, one touchdown, and one interception. After the 2018 season, Noland quit football to focus on baseball.

From Behind Center to the Mound

After being in the quarterbacks room throughout the fall, Noland made 20 appearances on the mound and 19 starts in 2019. He had a 4.02 ERA and 55 strikeouts. He also made the SEC All-Freshman team that year.

In 2020, Noland was the Friday night starter and recorded 11 strikeouts in one game against Eastern Illinois. After what looked like the start of a promising year, COVID-19 hit and the 2020 season was canceled.

In 2021, he was battling a forearm injury and only saw 18 innings. Noland still recorded 15 strikeouts and one important save against Ole Miss in the SEC Tournament.

Now, Noland is finally healthy and has regained his Friday night starting role. He has been great so far this season, with three starts and a 3.31 ERA. Noland has recorded 20 strikeouts in 16 innings pitched thus far.

Noland’s work ethic and success through adversity is exactly what it means to be a Razorback. After going through one of the worst football seasons in Arkansas history, COVID-19, and a season-altering forearm injury, Noland is hoping for baseball success as a senior.

Thus far, all signs point to him finding it.