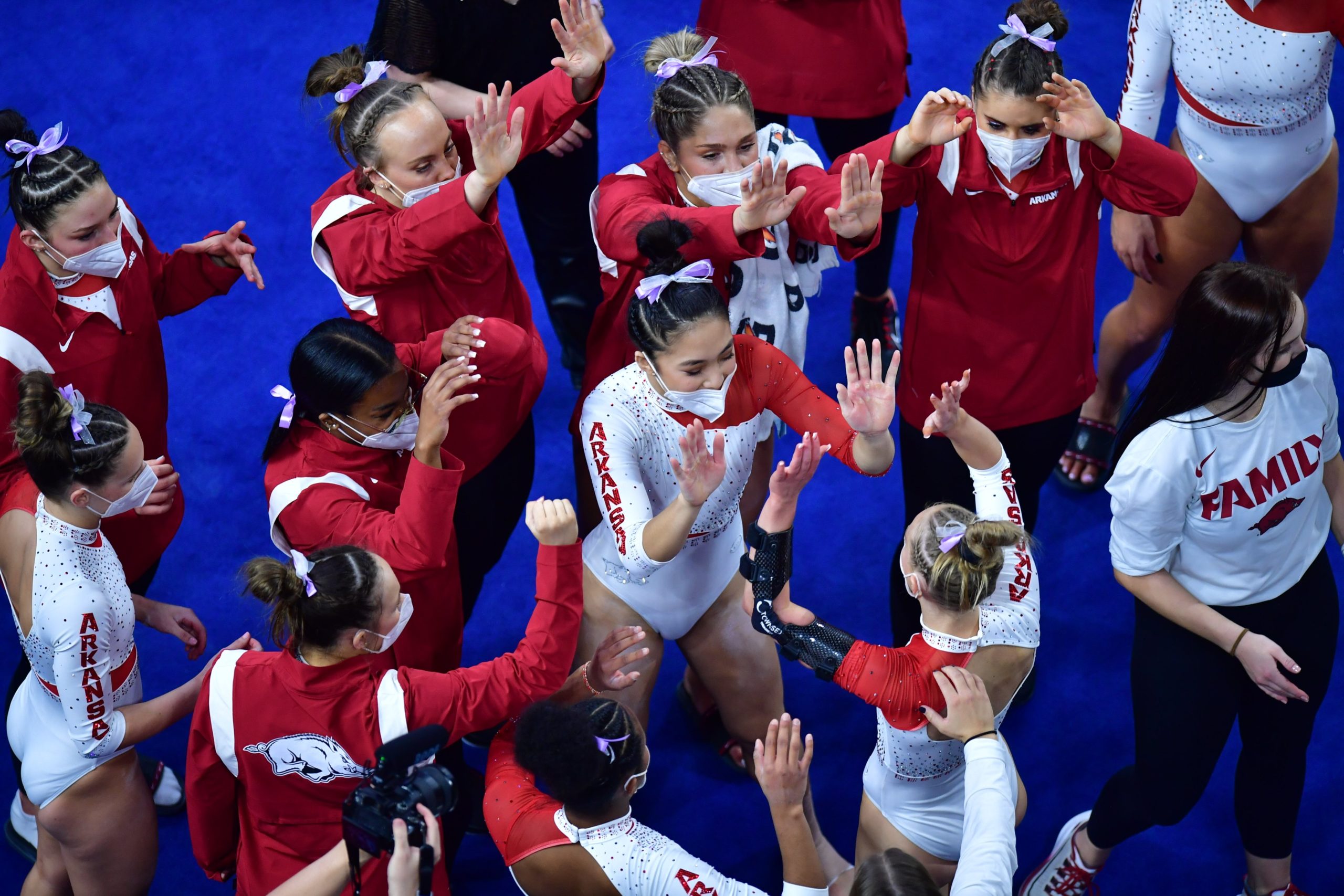 On Friday night, No. 15 Arkansas opened its SEC schedule by hosting No. 8 Auburn and 2020 Olympic all-around champion, Sunisa Lee.

The Razorbacks have a host of Olympic gold medalists on their staff with third-year head coach Jordyn Wieber and volunteer assistant Kyla Ross. Both were members of Team USA in 2012, winning gold.

This was the first gymnastics meet held at Bud Walton Arena with a record-breaking crowd of 10,345 people in attendance. Will we see more gymnastics meets in Bud Walton rather than Barnhill Arena? With great performances and a star-studded coaching staff, we just might.

The “Gymbacks” scored 49 or more in every event and beat Auburn on bars, posting a 49.550 team score. Maggie O’Hara had an incredible bar routine, scoring a 9.950 and tying Lee, the Auburn freshman. Arkansas received its first 9.900 on vault of the season with senior Amanda Elswick and finished the rotation with a 49.050 score.

Senior Kennedy Hambrick stuck her beam landing and scored a 9.950. Arkansas ended beam with a 49.300 and had the lead after the third rotation. Senior Savannah Pennese broke her personal record with a stellar 9.875 on floor. The Gymbacks scored 49.300 on floor and ended the meet with 197.200, losing to the Tigers by a mere .050.

This meet brought a lot of attention to Arkansas as it continues an exciting season. Next week, the Razorbacks hit the road and travel to Baton Rouge to face No. 6 LSU.