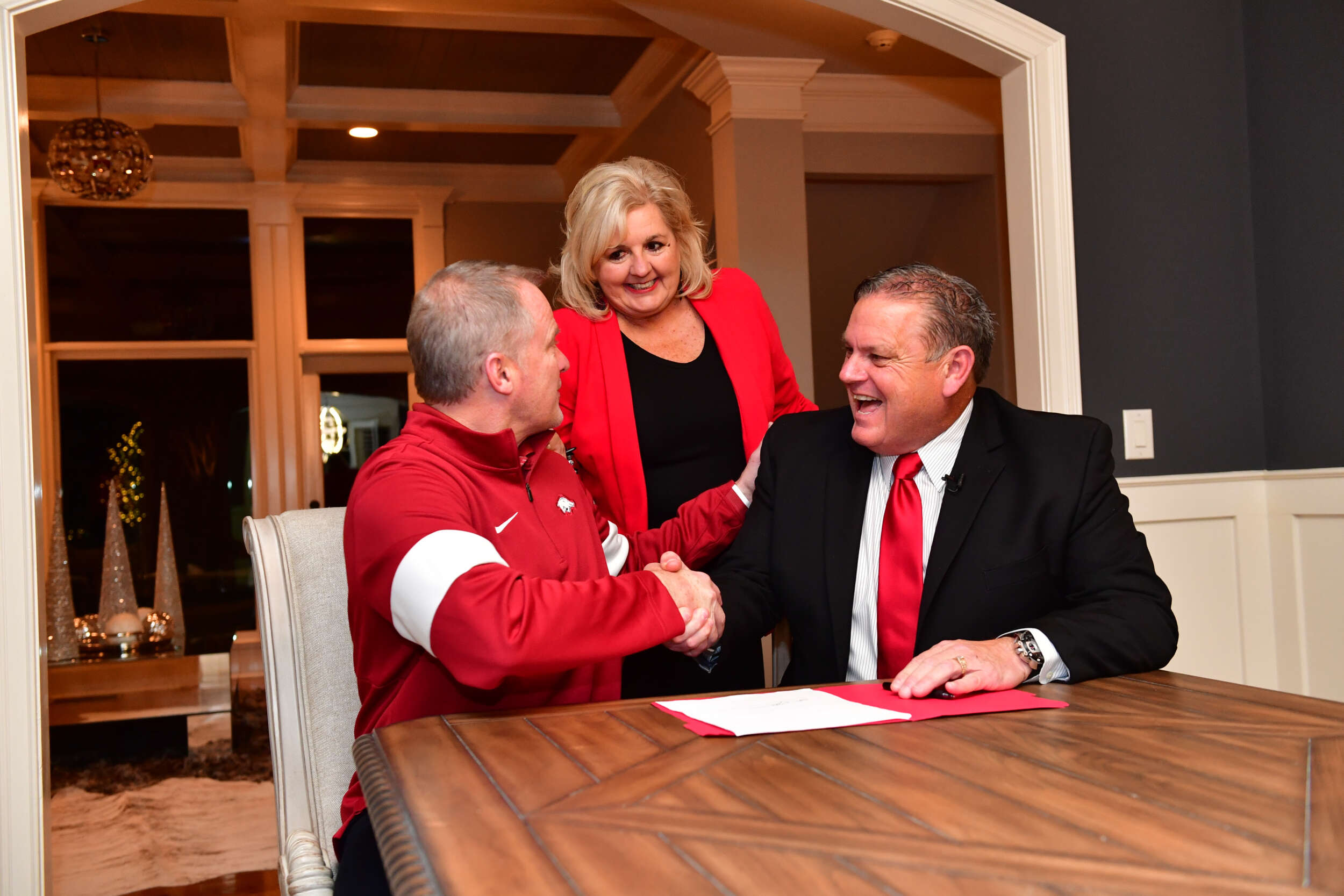 On Dec. 9, the future of Arkansas football changed.

On that date, Sam Pittman was hired as the head football coach of the Razorbacks. It was an interesting hire to say the least. College football fans across the nation did not understand the hire. Some even laughed at it.

Pittman will replace Chad Morris, who compiled just a 4-18 record in less than two full seasons with the Razorbacks. During that time, Arkansas went without a single SEC victory. But is Pittman the man to change the direction of the program?

After all, he has never been a head coach or even an offensive coordinator at the FBS level. That’s OK that people laughed at the hire. We get it. The hire however, makes perfect sense.

Sam Pittman has been in the coaching business for a while. He started his coaching career in the 1980’s and quickly made a name for himself at Hutchison Community College in the early 90’s. Ironically enough, he got his first chance as a head coach after being promoted from offensive line coach.

Through the years though, he has made his mark as one of the nation’s most respected offensive line coaches. Pittman is also one of the best recruiters in the business. He was a key piece when it comes to Georgia’s recruiting success the last few years.

What other coaches and players have had to say about Pittman speaks for itself. Former players wrote letters to Hunter Yurachek, the Arkansas athletic director, expressing why they think he is the man for the job. Players followed suit.

“The passion and the love he had on the phone with his wife was so real,” Arkansas linebacker Bumper Pool said. “That wasn’t staged at all. When you see something like that, you can tell that he loves his guys. How could you not want to play for somebody that loves you like you’re their son?”

With the early signing period having come and gone already, one of the first things that needed to be done was hire an offensive coordinator and defensive coordinator. He found those in Kendal Briles and Barry Odom, respectively. Both are outstanding hires.

Things came to a sudden change in 2015 at Baylor. One year later, Briles was hired as the offensive coordinator at Florida Atlantic under Lane Kiffin. Kiffin gave Briles “full control” of the offense. In 2016, FAU was ranked 80th in scoring offense. A year later, under Briles’ leadership, FAU jumped to 72 spots to eighth overall.

For the second year in a row, the most improved offense in the country was coordinated by Briles. While Briles does come with some baggage, there is clearly no disproving his ability as a football coach and a brilliant offensive mind. After the last two years, that’s all Arkansas can ask for.

Defensive coordinator Barry Odom started his college coaching career in 2003 as a general assistant with the Missouri Tigers. After gradually taking on more responsibilities, he solely focused on safeties in 2009. That had been Missouri’s weak spot on defense. In 2009, Mizzou was 104th in the nation in pass yards allowed per game. The next year, Odom helped the Tigers climb up to 37th in that category.

In 2012, Odom was hired as the defensive coordinator by the Memphis Tigers. A year prior to his arrival, Memphis was ranked 105th in total defense. In his first year as the leader of the defense, he helped Memphis jump 49 spots to the 56th. Just two years later, Memphis was ranked as the 11th best defense for the 2014 season.

The following year, Odom returned to Missouri as defensive coordinator, where in his first year, he helped the Tigers put together a top-5 defense. In the process, Missouri had ascended to the top of the SEC East standings for a second year in a row. In 2016, Odom succeeded Gary Pinkel as head coach. Odom was fired in 2019 after finishing an even 25-25 in four seasons. In Fayetteville, he’ll be able to focus his attention on what he knows best — defense.

It is clear that Pittman is taking the Coach O (Ed Orgeron) approach by hiring great coordinators and giving them full control. Pittman is highly-praised by his peers. That’s such the case that Briles was the one who reached out to him about the job. He also had other coaches wanting to come work for him. Pittman was able to get the Georgia strength and conditioning coach, Jamil Walker, to leave his comfortable and stable job to come to Arkansas with him.

He also kept Justin Stepp as the wide receivers coach. Once Pittman arrived in Arkansas, Stepp asked him if he could go on a recruiting trip with him. He went, and the two hit it off. Stepp is the only coach that Pittman retained from predecessor Chad Morris’ staff.

Just recently, Pittman reached out to former head coach of Hutchinson Community College, Rion Rhodes, to see if he would join Pittman as a general assistant at Arkansas. Rhodes accepted the position without even knowing how much he was going to be paid. That shows me just how respected Pittman is as a man and a coach.

With that being said, it’s understandable as to why outside fan bases laugh at the Arkansas hire. It’s not hard to get why they don’t understand it. However, if you take a deeper dive, you can’t help but to think it makes sense for Arkansas. Time will tell, but Razorback fans should be very optimistic about the future of Arkansas with Pittman as the head hog.