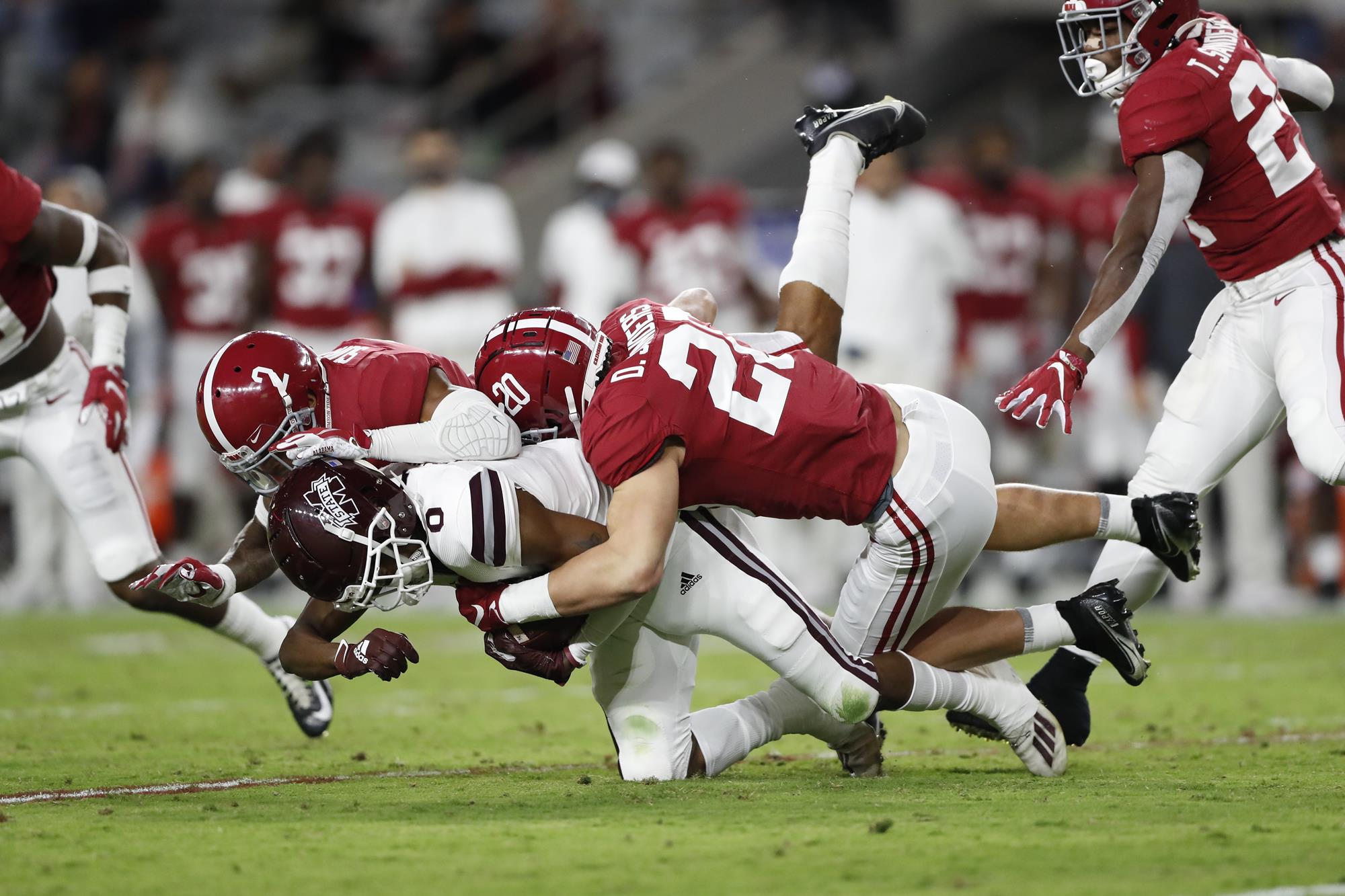 To this point, the transfer portal has been kind to Arkansas football. The Razorbacks currently sit with the No. 6 transfer class in the country, according to the 247Sports Composite rankings.

The team has received six players coming from Alabama, Georgia, LSU, South Florida and Oklahoma. Fans began to worry after losing defensive backs Joe Foucha and Greg Brooks Jr., but head coach Sam Pittman has surely accounted for those via the transfer portal.

An Oklahoma transfer, Jadon Haselwood comes in at 6-foot-3 and 200 pounds. Haselwood transferred from Oklahoma after head coach Lincoln Riley’s departure. He was a 5-star recruit from Ellenwood, Ga. and the No. 1 ranked wide receiver for the 2019 class.

Haselwood is the highest-rated recruit to ever join the Razorbacks. He played as a freshman at Oklahoma and finished with 272 yards and a touchdown. In 2020, he managed just 65 yards in three games before a season-ending injury.

In 2021, he caught six touchdowns and finished with 399 receiving yards. As a high school senior, he played in the 2019 All-American Bowl. Haselwood transfers in as a 4-star prospect.

At 6-5 and 244 pounds, sophomore linebacker Drew Sanders was a starter early in the season for Alabama, but suffered an injury against Ole Miss. He recorded 24 total tackles in 2021. Sanders was a 5-star recruit coming out of Ryan High School in Denton, Tex. as a member of the 2020 class.

He was the No. 1 recruit in the state of Texas and was an Under Armour All-American. He chose to transfer to Arkansas over Oklahoma and Texas. Sanders will be joining Bumper Pool in a talented linebackers room.

Most recently, the Hogs landed Georgia starting safety Latavious Brini — a fifth-year senior with one year of eligibility remaining. Brini is 6-2 and 205 pounds; he started 11 games this past season for the national champion Bulldogs, recording 38 tackles and eight pass deflections.

He was a 3-star prospect out of Hialeah, Fla. Brini is listed as a 4-star transfer.

Dwight McGlothern announced his transfer to Arkansas by posting photos of him as a child at Razorback Stadium on Twitter. He is a 6-2, 186-pound junior cornerback from LSU. McGlothern appeared in nine games as a sophomore.

He recorded 32 tackles, an interception, five pass breakups, and a forced fumble in 2021. McGlothern also appeared in seven games as a true freshman.

He was a 4-star prospect from Spring, Tex. and remains a 4-star as a transfer. McGlothern is one of two LSU transfers headed to Arkansas.

The second transfer to come from Baton Rouge to Fayetteville is Landon Jackson, a freshman defensive lineman. Jackson is an imposing force at 6-7 and 273 pounds. He is from Texarkana, Tex. and was rated a 4-star in the 2021 class out of Pleasant Grove High School.

He played in five games on special teams for LSU in 2021. Jackson was rated the No. 7 defensive lineman in the country, out of high school. He was also a MaxPreps first-team All-American, Texas Sports Writers Association 4A Defensive Player of the Year, and a Texas 4A Division II state champion as a junior.

Cade Fortin transferred to Arkansas from South Florida as a 3-star quarterback and a preferred walk-on. He started at USF in 2021 for four games and threw for 183 yards and two interceptions, while rushing for 37 yards and a score.

Fortin also played in four games as a freshman at North Carolina in 2018 and threw for 388 yards and a touchdown. Out of high school, Fortin was ranked No. 29 in the country among pro-style quarterbacks in the 2018 class.