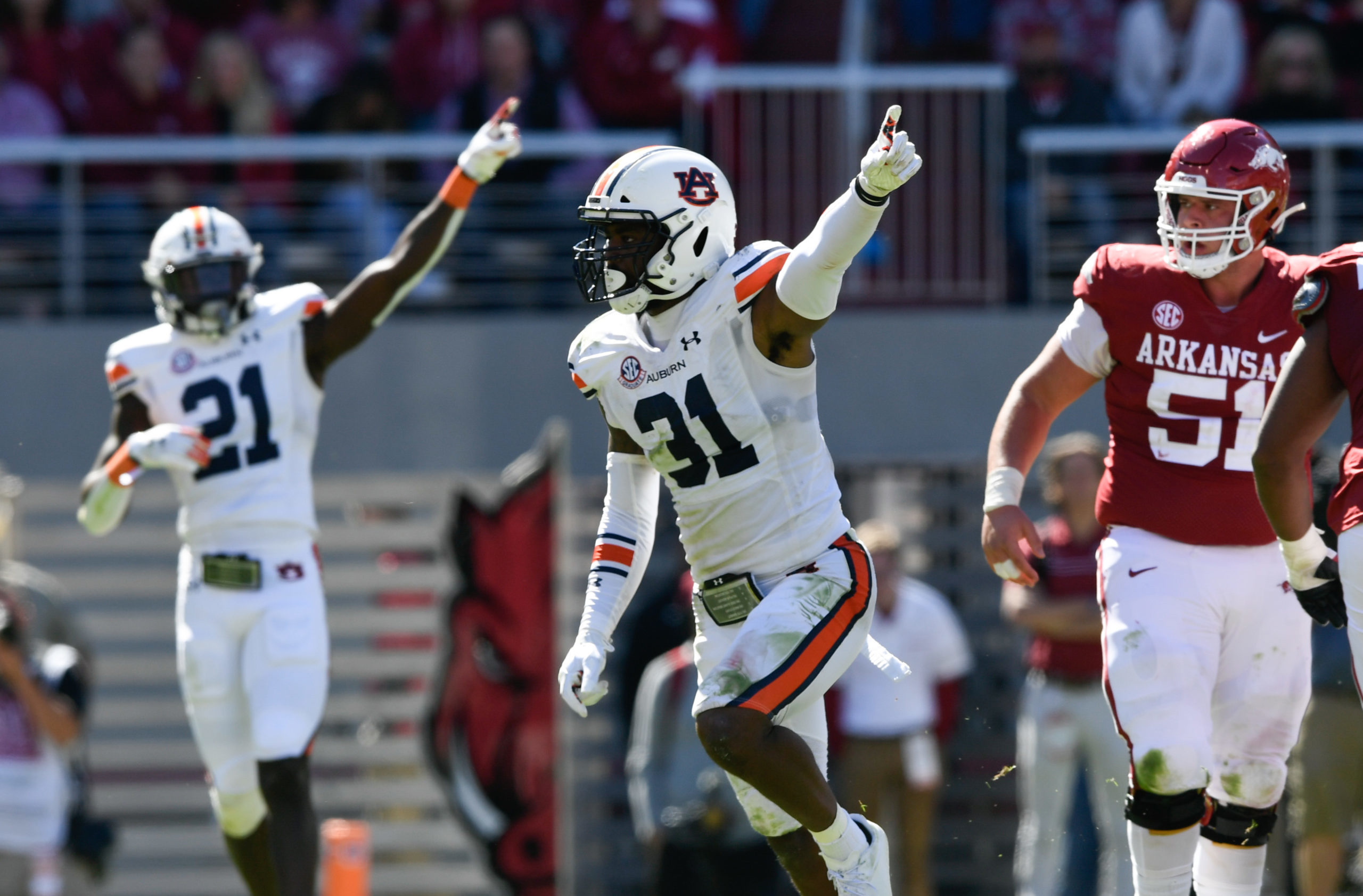 We only had one top-25 matchup in the SEC this weekend, but there was still plenty of movement in the power rankings.

Three ranked teams fell in the SEC and another came dangerously close.

Headed into Week 8, here is how everything shakes out:

The Bulldogs continue to roll.

This time, they knocked off previously undefeated Kentucky, 30-13. It was a game that had massive implications in the SEC East and Georgia did not disappoint.

Georgia got off to a somewhat rough start, but settled in as the game went on and went to work behind Stetson Bennett, Brock Bowers, and the entire defense.

Georgia is idle this week before playing rival Florida in Jacksonville.

The Crimson Tide defense kept its foot on the gas against the air raid offense, but it was quarterback Bryce Young who stole the show.

Young strengthened his already strong Heisman Trophy campaign by going 20-for-28 passing for 348 yards and four scores in the 40-point thumping.

Ole Miss found a way to outlast Tennessee — a game which was one of the craziest you’ll see all season.

Quarterback Matt Corral looked like a Heisman Trophy winner and showed tons of toughness in the 31-26 victory.

Things get tougher from here, but the Rebels are still in good position in the SEC West.

Auburn flies through the rankings after knocking off a top-20 Arkansas team on the road.

Bryan Harsin’s team overcame mental mistakes against Georgia and pulled off a huge 38-23 win over Arkansas.

Bo Nix continues to look like a much better quarterback and is coming off a career-day.

With five games remaining, Auburn is tied for first in the West and controls its own destiny.

Kentucky showed some fight against Georgia early on, and even found ways to move the ball. First-year offensive coordinator Liam Coen is proving to be a master play-caller.

Still, the Wildcats were no match for Georgia, which has run through everything in its path this year.

As of now, the Wildcats are a firm No. 2 in the SEC East and fully capable of pulling off a 10-win season.

The A&M defense stood tall against Missouri, and the offense was able to establish a run game.

As the offense continues to get more comfortable with Zach Calzada at quarterback, the Aggies are capable of making things interesting in the West.

After starting 4-0, the Razorbacks dropped their third consecutive game. With the 38-23 home loss to Auburn, they fell to 1-3 in conference play.

The Razorbacks were able to move the ball against Auburn, but fumbled once in their own end zone to give Auburn a score, and failed to convert on fourth down three times.

It has been a rough go for Arkansas of late, but it is still moving in the right direction.

Arkansas will have a tune-up game against in-state FCS foe Arkansas-Pine Bluff this week.

For the third year in a row, Florida has suffered a loss to LSU.

This time, they surrendered 287 rushing yards to Tyrion Davis-Price, an LSU school record.

On top of that, Florida quarterbacks Emory Jones and Anthony Richardson combined to throw four interceptions.

At 4-3, things are starting to look rough for the Gators. With Georgia on the horizon, they have a lot to clean up.

The Volunteers remain put after a near-upset of Ole Miss on Saturday.

The Vols showed fight down the stretch, fighting from behind two possessions for a large portion of the game.

Unfortunately, the Vols fell short. Still, it is clear that head coach Josh Heupel has the program headed in the right direction.

LSU picked up a much-needed 49-42 win over Florida behind a record-breaking performance.

LSU running back Tyrion Davis-Price set a school record for rushing yards in a game with 287, and added three touchdowns.

A win over Florida might not be enough to resurrect the season, but it was much needed for morale.

Any hope that Mississippi State had of an upset over Alabama was almost immediately shut down, as the Crimson Tide scored early and often.

There have been multiple different versions of this Mississippi State football team show up. This one looked rattled.

We will see how the Bulldogs respond in the coming weeks.

Missouri continues to disappoint — this time in a 21-point loss to Texas A&M.

Quarterback Connor Bazelak has had trouble protecting the ball of late. He was intercepted twice on Saturday without throwing a touchdown.

Hope for a turnaround is starting to get bleak, as the Tigers have yet to have an impressive showing.

It took late magic from Zeb Noland for South Carolina to beat Vanderbilt. The Commodores led 20-14 late before South Carolina rallied for a 21-20 victory.

The Gamecocks found a way to win, but the offense has looked slow and lost all year.

Vanderbilt missed out on a chance to win its first SEC game against South Carolina. It is hard to see the Commodores knocking off anyone else on the schedule.

The Commodores got a spark with Mike Wright at quarterback, but they just could not outlast the Gamecocks in Columbia.