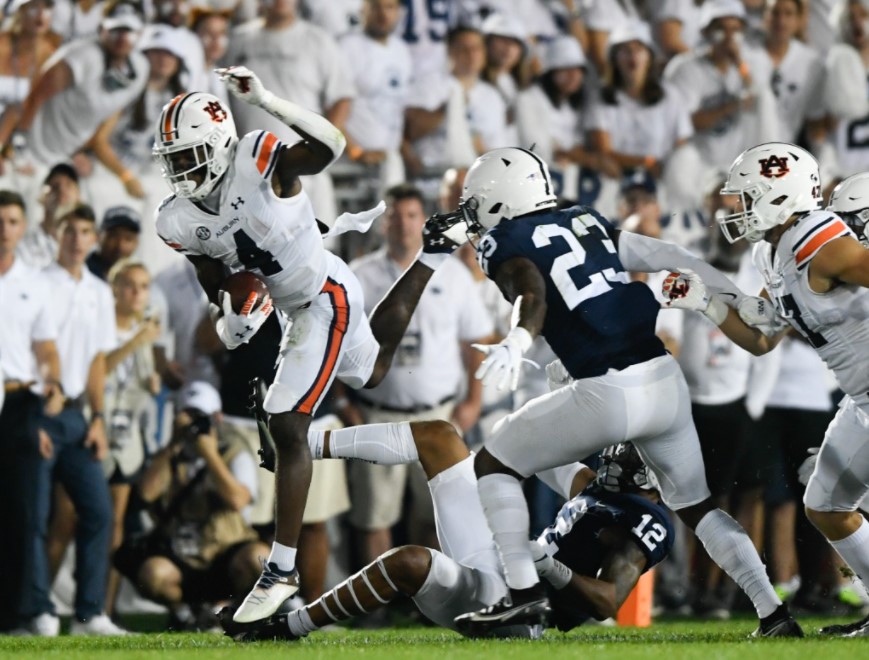 With that said, there were plenty of big performances across the division. Here are the best of the best:

Alabama struggled to run the ball in a narrow 31-29 victory over Florida, but quarterback Bryce Young stepped up.

Young threw for 240 yards and three touchdowns on 22-for-35 passing.

The former No. 1 quarterback prospect is starting to draw some Heisman Trophy hype.

Hellams nearly quadrupled his tackle total against Mercer by finishing with a career-high 11 tackles against the Gators.

Jefferson has struggled to find consistency through the air, but proved a lot of people wrong in a 45-10 win over Georgia Southern.

The Mississippi native went 13-for-23 for 366 yards and three touchdowns.

Jefferson will need both his arm and legs this Saturday as the Razorbacks take on rival Texas A&M.

The fifth-year senior finished with 1.5 sacks and two tackles for loss.

With two sacks, Williams has already matched his sack total from a year ago.

Bigsby rushed for 102 yards on 23 carries and two touchdowns.

Bigsby will continue to be the focal point of the Auburn offense moving forward.

After opting out last season, Wooten returned to Auburn for his final season.

Wooten stepped up after Zakoby McClain was ejected late by finishing with 10 tackles.

LSU has struggled to run the ball so far, but Max Johnson has not skipped a beat.

Johnson threw for 372 yards, five touchdowns and one interception on 26-for-35 passing in the Tigers’ 49-21 win over Central Michigan.

LSU will need to find a way to run the ball going forward, but this level of play is surely encouraging.

Ojulari had a big freshman year for LSU, and he found his footing against the Chippewas.

Rogers threw 67 passes and still completed 74% of them in Saturday’s 31-29 loss to Memphis. He added 419 yards and three touchdowns to the stat sheet as well.

It was evident in Week 2’s win over NC State that Rogers was starting to settle into the air raid offense. This performance further supports that.

Emerson is considered one of the better cornerbacks in the league.

Against Memphis, he tallied eight tackles, one for loss and a pass breakup.

With more outings like this, Emerson will solidify himself as an early-round NFL draft pick.

Matt Corral came into last week as a Heisman contender. After his outing in a 61-21 win over Tulane, he could be the favorite.

403 yards and seven total touchdowns is a Heisman-worthy performance.

The Ole Miss defense has steadily improved. One could say the same about Chance Campbell.

Campbell was extremely active against Tulane, finishing with eight tackles and a sack.

Texas A&M fans have been waiting for Demas to break out. He finally did in a 34-0 win over New Mexico.

Demas finished with just two grabs, but came away with 100 yards and a score.

With the ball in his hands, Demas can be one of the most dangerous players for the Aggies. He proved that on Saturday.

Hansford was all over the field for the Aggies.

The fifth-year senior added four tackles against New Mexico. That included two tackles for loss and a sack.

On top of that, Hansford added a pass breakup.