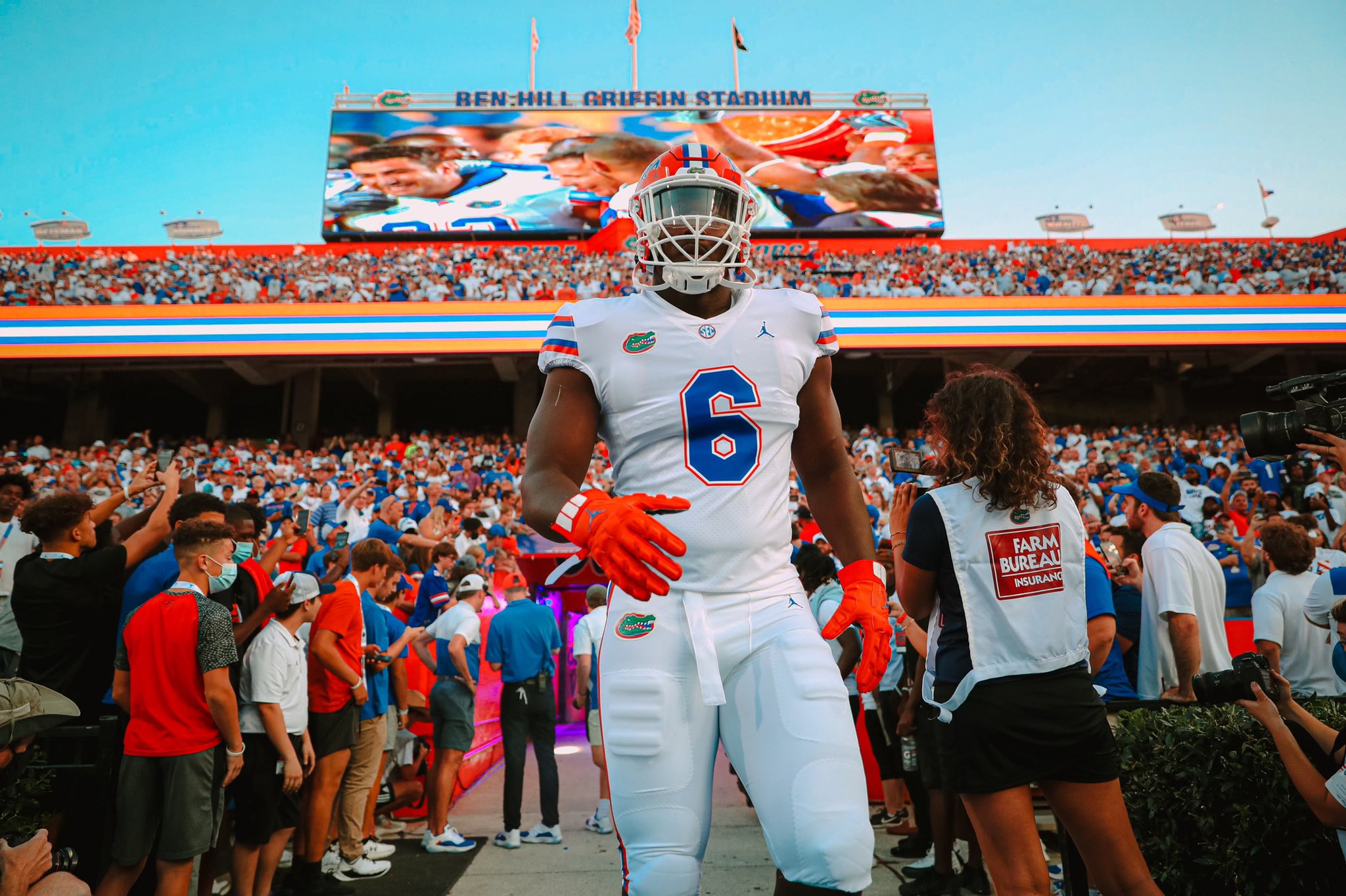 One Saturday is in the books for the SEC.

As usual, there were multiple players with huge performances. Some were expected, but others were not.

Here are the top offensive and defensive performers for each team from the SEC East in Week 1.

Emory Jones got the start, but it seems that head coach Dan Mullen will have decision to make eventually. Jones struggled to get things going and turned the ball over twice. Richardson only passed eight times, but he diced up the Florida Atlantic defense on the ground,

From the quarterback spot, Richardson rushed for 160 yards on seven carries for an eye-popping 22.9 yards per carry.

It was late in the game, but he looked electric and poised. Florida may have found its quarterback of the future in the 35-14 victory.

The Gators blew up the FAU offensive front en route to a six-sack performance. Three of those sacks came courtesy of senior defensive lineman Zachary Carter.

Florida is going to be relying on the defensive front a lot this year, and this was a good first impression.

Georgia pulled off a 10-3 huge win over Clemson in Charlotte, but the offense left something to be desired. In fact, Georgia didn’t find the end zone once offensively.

Quarterback JT Daniels had a pedestrian day, but Zamir White was pretty efficient. White averaged nearly six yards per carry on just 13 touches, giving him 74 yards. He also added a grab for 13 yards.

Once again, it was a pedestrian night at the absolute best for the Bulldogs. Still, they will take 5.7 yards per carry any day of the week from the young man they call “Zeus”.

Smith took an interception back 74 yards in the second quarter for a touchdown. That score would be the only touchdown by either team the entire night.

They say defense wins championships. Smith’s pick-six is a huge reason why Georgia is 1-0.

Levis has tons of ability, but he absolutely blew expectations out of the water in Week 1.

The strong-armed signal-caller finished with 367 yards and four touchdowns with just one interception in a 45-10 victory over Louisiana Monroe. He completed 18 of 26 passes.

After one week, Levis has already proved not to be a letdown for the Wildcats.

The senior linebacker was living in the Warhawks’ backfield all night. He finished with six tackles, 3.5 for loss and a sack.

As a whole, the Kentucky defense was electric and flying to the ball. Square just made the most plays.

This one is a no-brainer considering Badie might have had the most impressive rushing performance in the league this week.

On 25 carries, Badie broke the 200-yard mark and added a touchdown. He finished with 40 yards receiving and a score as well. Keep in mind, this is just his first game as the starting running back as Missouri topped Central Michigan, 34-24.

If this is a sign of things to come, the SEC East should watch out for Badie.

Alldredge had a monster night against Central Michigan, finishing with 10 tackles, 3.5 sacks, and six tackles for loss. This may have been the single-best defensive performance throughout the country in Week 1.

At a position with holes to fill, the emergence of Alldredge should prove to be huge.

White didn’t lead the Gamecocks in carries against Eastern Illinois, but had a huge game. On 12 carries, White finished with 128 yards on the ground and a score. He also led South Carolina in receiving yards with 39 and caught a touchdown in the 46-0 shutout of Eastern Illinois.

With Zeb Noland at quarterback, it is important to have a running game to lean on. The emergence of White should give the Gamecocks some quality depth over the course of the season.

Johnson was living behind the line of scrimmage against Eastern Illinois, finishing with a sack and two tackles for loss.

Johnson is one of the headliners for a very active group of linebackers for the Gamecocks.

Joe Milton struggled in his debut as Tennessee’s starting quarterback, but the ground game surely didn’t. Both Jabari Small and Tiyon Evans broke 100 yards rushing, but Small looked like a workhorse.

Small finished with 124 yards and two touchdowns on 22 carries in a 38-6 win over Bowling Green. If Tennessee’s offense is going to get going, it will need the quarterback play to improve.

The senior defensive back had a breakout game against Bowling Green. Jackson finished with 11 total tackles and 2.5 for loss. Equally as important, he added three pass breakups.

Tennessee will give a lot of guys plenty of opportunity to step up; Jackson is one of those. Should Jackson continue this level of success over the course of the season, the Volunteers may have found themselves a much-needed impact player on defense.

It was a very bad night all around for Vanderbilt. The Commodores lost to FCS East Tennessee State 23-3 to kick off the Clark Lea era.

Ken Seals had a rough night at quarterback, and Vandy struggled to produce any kind of ground game. The bright side? Will Sheppard showed to be a reliable receiver. The sophomore caught nine passes for 84 yards.

For comparison, Sheppard had just two grabs for 30 yards in all of 2020.

The Vanderbilt defense had a better night than the offense, but it left a lot to be desired.

Orji came away with eight tackles; 1.5 of those were for loss.

Orji already has half the amount of tackles that he did last year.