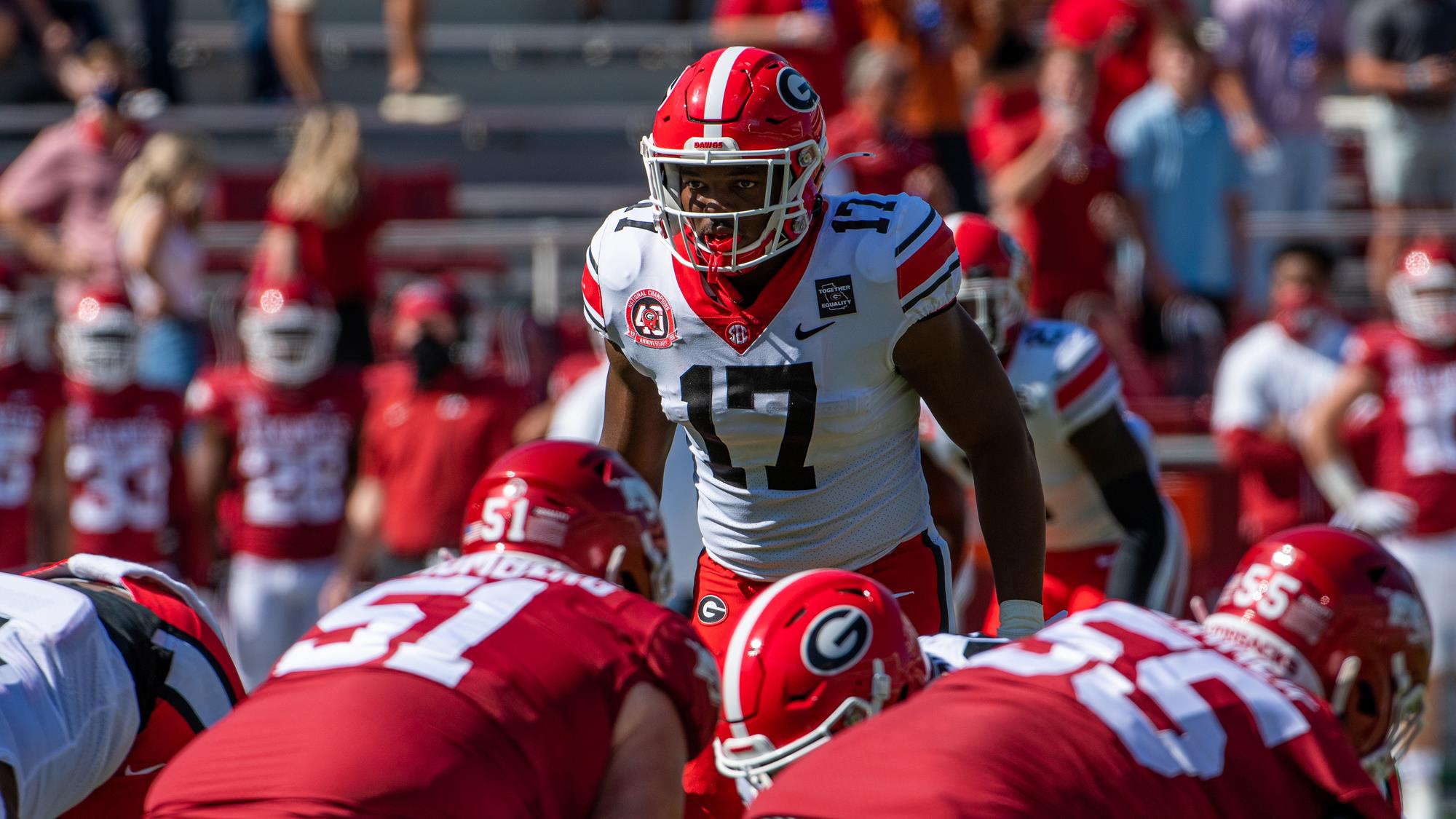 Linebacker is a position often overlooked, but has huge importance.

Linebackers are right in the middle of the defense. Everything is literally built around them.

Our “Buying Stock” series now looks at that position. As usual, we will start in the SEC East and tell you which groups of linebackers to buy and which ones to sell:

The Gators return three starters at linebacker from a year ago. Two were named to All-SEC teams. Georgia transfer Brenton Cox had a big season in 2020, finishing with four sacks and 5.5 tackles for loss at the BUCK position. Ventrell Miller and Mohamoud Diabete ranked first and second on the team in tackles, while Amari Burney finished fourth.

In short, Florida’s linebackers have a ton of experience and production. All of these guys have played a lot over the course of their careers — not just in 2020.

None of these guys are super flashy NFL prospects, but they’re gritty and get the job done. It will be huge for Florida to build around an experienced group in the middle of its defense.

This group has a ton of talent, and is super experienced. Even with the losses of Monty Rice, Azeez Olujari, and Jermaine Johnson, this group should continue to play at a high level.

Nakobe Dean is the biggest returnee at the position, and he has absolutely lived up to the 5-star rating out of high school. Dean led the team in tackles in 2020, and is setting himself up to be a lofty draft pick in the upcoming NFL Draft. To go along with Dean, Adam Anderson, Quay Walker, and Nolan Smith round out the rest of the group.

Guys like Anderson and Walker have played a lot of football. They’re super experienced and have played in big games. Smith has done that as well, but he has a chance to really break out in 2021.

This group is the perfect combination of experience and talent. It could prove to be the best in the SEC.

Jacquez Jones was a huge addition for Kentucky, but there are some big shoes to fill. Gone is leading tackler Jamin Davis and another starter in Boogie Watson. On top of that, D’Eryk Jackson suffered an injury in the spring that will leave him sidelined for a while.

Again, Jones gives this group a lot of experience and talent. Jones was one of the only bright spots for Ole Miss’ defense in recent years. That addition immediately upgraded this room, but it won’t take it to the next level.

If some key pieces around Jones can emerge, such as Jordan Wright or third-leading returning tackler DeAndre Square, then this group could prove a lot of people wrong. Still, we’re taking the wait-and-see approach.

This group should take a huge step back after losing Nick Bolton. Bolton was a super physical force in the middle of the Mizzou defense for many years, and it will be tough to replace a guy like him.

The obvious choice to step up is Blaze Alldredgem, who has started 24 games in his career. Outside of that, there is still a lot we have to learn about this position group.

If someone can step up and be half the player Bolton was for Missouri, then this group will instantly become a lot better.

This is a group that has the potential to be good, but it will be tough to replace Ernest Jones. Jones led South Carolina in tackles in 2020 with 86. The closest returning linebacker to that total from last year had just 13 tackles. Clearly, there are some big shoes to fill here.

Surprisingly, there is some pretty good depth here, thanks to the transfer portal. They will benefit by playing behind what should be a pretty good defensive line. Still, we have yet to see if anyone can step up and become the tackling machine that Jones was.

Tennessee had tons of talent coming back from last year. That was until there was a mass exodus from the Volunteers following the firing of head coach Jeremy Pruitt. Henry T’oto’o was the biggest loss of the group. He was the leading tackler for the Vols and decided to transfer to Alabama.

As far as returning experience, there isn’t a whole lot of it. Tennessee did hit the transfer portal to bring in two experienced guys in Juwan Mitchell and William Mohan, but there isn’t much there after those two.

One guy to watch is Jeremy Banks, who finished with 28 tackles last season. He should play an even bigger role in 2021.

As far as linebackers groups are concerned, this is one of the worst in the league. The additions of Mitchell and Mohan will prove beneficial, but that can’t compare to the talent that has departed.

Vanderbilt does return its top tacklers in this group, but it still has a long way to go. While this group was plagued with opt-outs in 2020, it struggled all year in almost every category.

After giving up a whopping 37.3 points per game last year, this defense has to improve everywhere. Head coach Clark Lea has a long track record with developing linebackers, but it will take a year or two for that to start paying off.