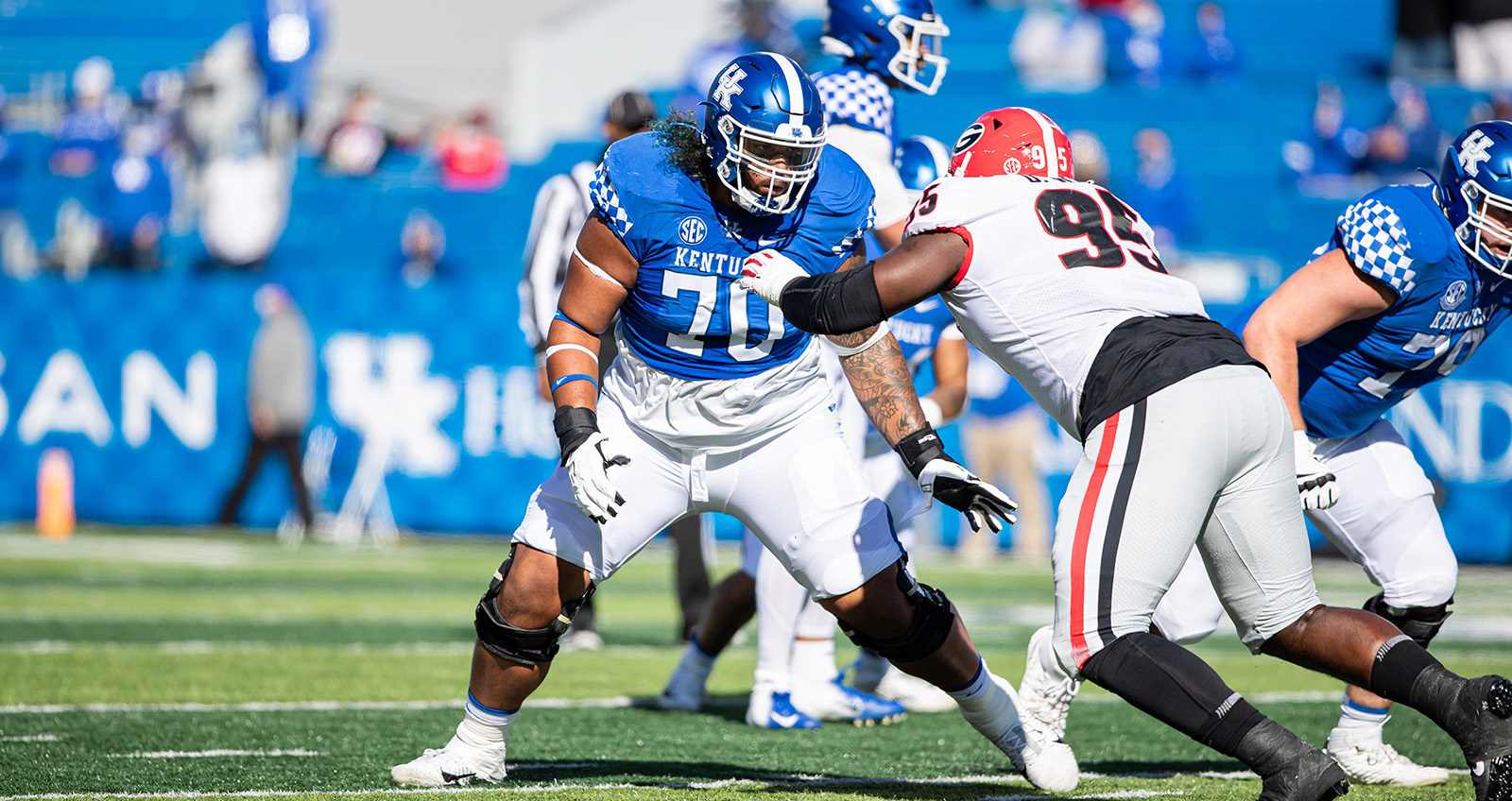 Let’s start in the SEC East:

Florida does lose two starters up front in Brett Heggie and Stone Forsythe, but there is enough talent here to make up for those losses. The Gators are anchored by three returning starters in Stewart Reese, Jean Delance, and Richard Gouraige. Reese and Delance are seniors.

That top three is good enough to play behind in the SEC, but they will need a few others to step up. Joshua Braun and Ethan White are expected to step up as starters; both were highly-rated recruits out of high school.

As far as depth is concerned, guys like Griffin McDowell, Michael Tarquin, Gerald Mincey, and Richie Leonard could step up to round out the rotation. There is still set to be a lot of moving around up front, but this offensive line room should be functional enough to create consistent pass protection and open up holes in the run game.

Contrary to popular belief, offensive line play could end up being a strength for Georgia by year’s end. Ben Cleveland and Trey Hill are gone, but the Bulldogs have three talented starters back. On top of that, this is a group flooded with blue-chip recruits from top to bottom. Of the three starters, Jamaree Sayler should be the anchor up front.

Sayler started all 10 games last year for Georgia with nine being at left tackle. This year, it looks like Sayler will make a move back to guard. This should be a more natural and comfortable spot for an already talented player up front.

Justin Shaffer and Warren McClendon are the other two returning starters, but the two spots left are up for grabs. Regardless of who snags those spots, chances are it’ll be a blue-chip prospect with tons of potential.

Many people consider this a weakness for Georgia. It’s hard to see a group with this much talent being a weakness. By year’s end, expect this group to be one of the best in the SEC.

Head coach Mark Stoops has fielded some elite offensive lines the last few years, and they have been recruiting at a high level along the line of scrimmage. The former No. 1 junior college tackle Jeremy Flax and LSU transfer Dare Rosenthal should both push for starting jobs. Guys like Eli Cox and Nassir Watkins are also in the mix.

Chris Rodriguez blew up at running back last season behind this offensive front, and he should do it again. There will be plenty of mixing around, but if they can mesh, this group should play at a high level once again.

Missouri was inconsistent at times last last year in the run game, but it return four of five starters and adds some help via the transfer portal. While the Tigers ranked just 10th in the SEC in rush yards per game, they were tied for second in fewest sacks allowed. Only Texas A&M gave up fewer.

When you look at what Missouri brings back at quarterback, wide receiver and up front, you have to like where its at in the passing game. If this group can improve on the run game, it could quickly become one of the best offenses in the entire conference.

South Carolina returns four starters up front from a year ago. Still, this group was one of the worst offensive lines in the SEC last season. Losing its anchor in Sadarius Huthcerson doesn’t help either. Not all is bad. Dylan Wonnum should be one of the better tackles in the league in 2021.

One would argue that Kevin Harris’ success at running back gives this group some promise, but not so fast. In 60% of its games last season, South Carolina rushed for less than four yards per carry. On top of that, it ranked in the bottom half of the league in sacks allowed.

With four starters returning, expect some improvement from this group. Still, it has a long way to go after last season.

Tennessee does return two of the better linemen in the league in Cade Mays and Darnell Wright, but it’s rather thin after that. Gone are former All-American Trey Smith and Wanya Morris. Jahmir Johnson also hit the portal after starting last season.

Tennessee might have to rely on multiple freshmen and inexperienced guys to be a key part of the rotation and perhaps even start. Regardless of how talented they are, turning to youth up front is always risky and calls for some concern.

This group was not good last year, but was showing signs of improvement. Losing three starters from last year kills any momentum the Volunteers have. Mays and Wright should help anchor one side of the line, but the rest of the offensive line will be shaky at best.

This may be generous, and it probably is. Still, we wanted to buy at least one group for Vanderbilt. Vandy returns four starters from a year ago, making this one of its most experienced units.

Vandy struggled to create a consistent run game last year, but only gave up more than three sacks in a game once.

Will this group be one of the best in the league? No, it will probably be toward the bottom. Still, it could be Vandy’s best unit. That has to mean something.