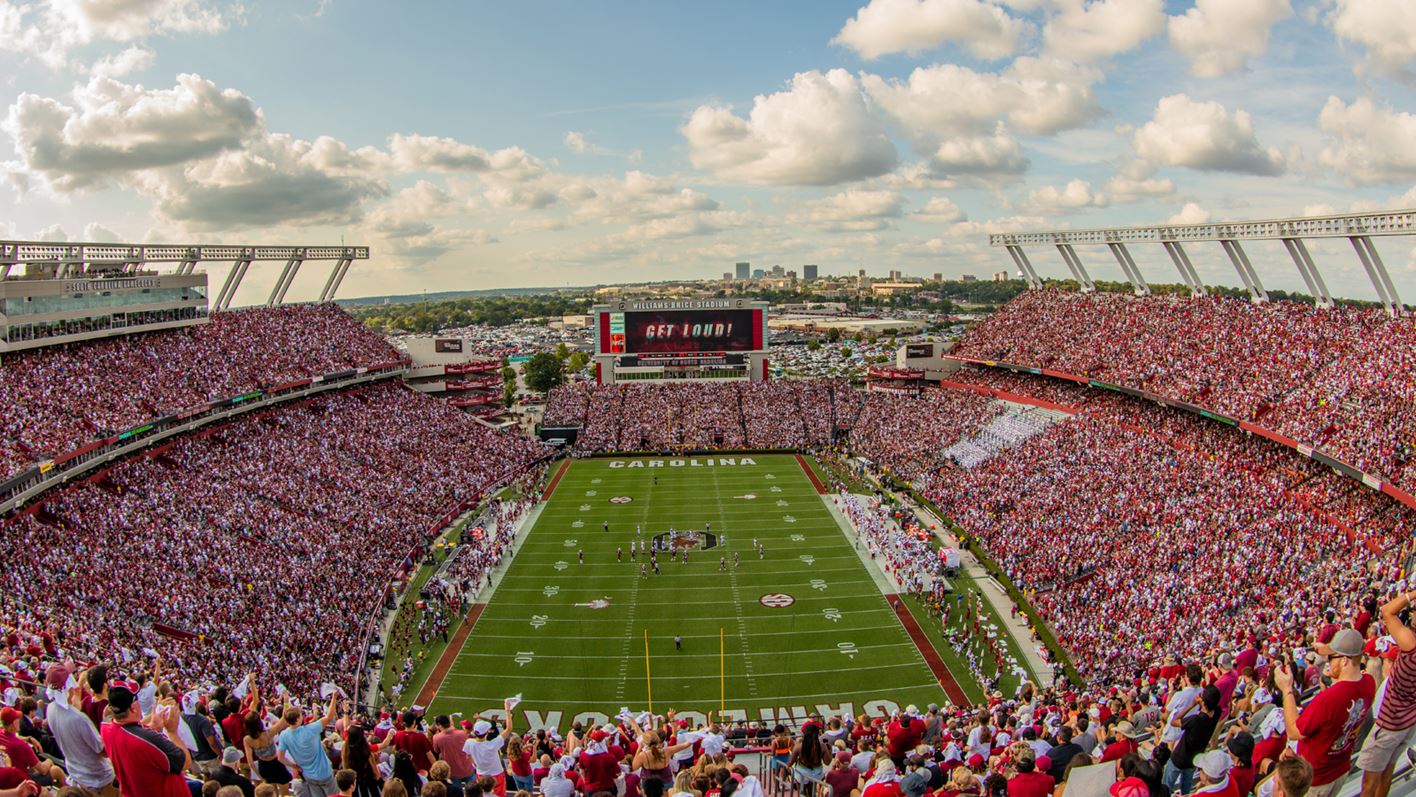 So now onto the unbiased and honest top 15 experiences. The series starts with Nos. 15 down to 11:

The Tigers of Auburn are engrained into the fabric of college football, mainly because they’re the rivals of the Alabama Crimson Tide. But national championships aside, there’s something very unique and stirring about a War Eagle flying around the stadium with 87,000-plus screaming fans going crazy at the sight of the live golden eagle. The Tigers are always a prime candidate to make something crazy and unexpected happen at Jordan-Hare Stadium, especially when the Crimson Tide roll into town.

What’s better than over 61,000 cowbells being rang as hard as possible in unison? Being one of those 61,000 people with a cowbell annoying the ever-loving crap out of opponents and simultaneously celebrating the hometown Bulldogs. Any stadium tradition that’s made opponents and authorities alike so distraught that they’ve actually attempted to have it banned is a kind of tradition worth keeping. Christopher Walken said it best, “we need more cowbell!”

Often on the backburner when SEC championship chances are discussed, South Carolina is firmly the opposite when discussing game-day experience. The tailgating barbecue isn’t as good as North Carolina’s, but no ones is. So that’s nothing to be ashamed of, but it’ll do the trick when washed down with ice cold adult beverages. The Gamecocks have had some all-time greats as head coaches, one of which Steve Spurrier, is perhaps the best trash-talking head coach in SEC history.

South Carolina fans have really taken on that personality. Having no national championships and only one conference title (1969) hasn’t stopped them from showing their pride. One of the best logos to adorn the side of a helmet resides in Columbia, South Carolina. 75 scholarship players in the garnet and black, and a live fighting chicken — Sir Big Spur — both rocking alongside the 80,000-plus fans in the middle of “Sandstorm” will get you ready to run through a brick wall. Darude must to be proud to hear its only hit song every Saturday when South Carolina plays at home.

The Cornhusker faithful are a proud fan base with some great game-day traditions. The 5-time national champions take the field every home game doing the Tunnel Walk to the sounds of “Sirius”. After the first score from the home team since the 1930’s, the fans release red helium balloons — a tradition threatened by a global helium shortage in 2012. Lincoln, Nebraska is a great spot to spend a Saturday watching football with over 91,000 of your closest friends.

Nothing to wear to the game? No big deal. Game-day attire in Eugene is in high supply. With approximately 45 different uniform options for the hometown Ducks, you’re bound to find one to tickle your fancy. Autzen Stadium seats 54,000, but regularly exceeds that on game day. In 2011, Oregon recorded over 60,000 fans in attendance for its game against Arizona State, making it the second largest sporting event crowd in the history of the state of Oregon.

The constant threat of rain and having won zero national championships doesn’t stop this crowd from being one of the best in college football. If you’re a fan of National Lampoon’s Animal House, stick around for the end of the third quarter; you can join in on the song and dance party to “Shout”.