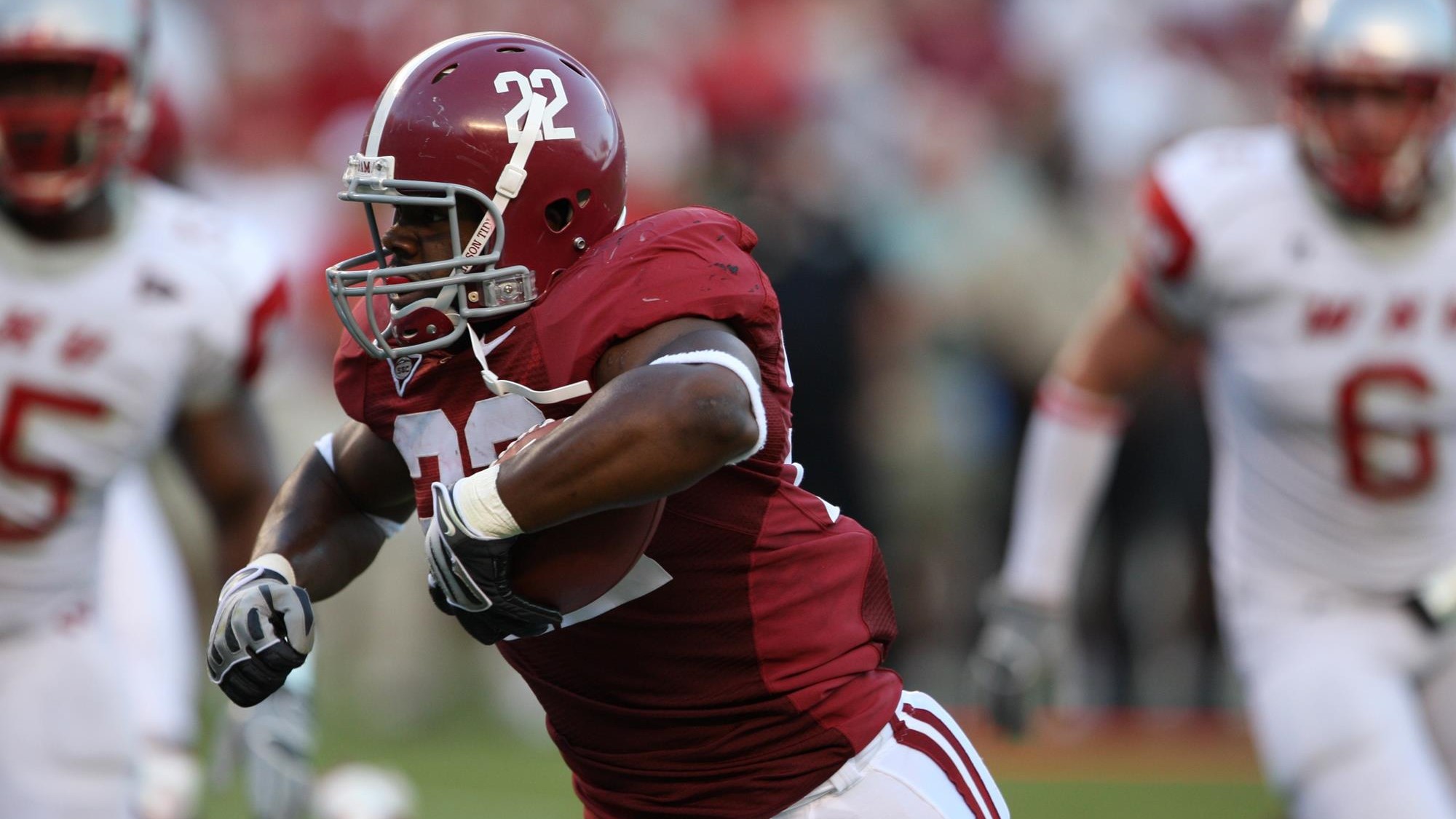 As the NFL and college progress towards a more passing-oriented attack, the usage and careers of running backs have continued to decrease. Now, more often than not, running backs fail to make it to a big-time second contract with NFL teams, who often opting to draft a new running back instead.

Take Super Bowl LIV as an example. Both the Kansas City Chiefs and San Francisco 49ers made the Super Bowl without starting a highly drafted running back. Both Damien Williams (Chiefs) and Raheem Mostert (49ers) were undrafted free agents coming out of college.

Regardless of the evolution of the game, who is the current day “Running Back U”? In order to keep things modern, only running backs since 2005 will be considered.

A quick look at the list of NFL Draft running backs from Tuscaloosa shows a list longer than most schools. Since 2005, Alabama has had 13 running backs drafted, including three in the first round. Of those 13, 7 are still active in the NFL. Derrick Henry and Mark Ingram lead the charge.

Few teams boast as much NFL success as the Georgia Bulldogs. Since 2005, three Georgia running backs have been selected in the first round, with Todd Gurley headlining the list. The 10th overall selection in 2015, Gurley is a two-time All-Pro and the 2017 AP Offensive Player of the Year.

Outside of Gurley, Nick Chubb overcame injuries at Georgia to become an up-and-coming lead running back for the Cleveland Browns. And don’t forget about Knowshon Moreno, who built a six-season career in the NFL, mostly with the Denver Broncos.

Since 2005, 12 LSU running backs have heard their names called in the NFL Draft. Of those 12, three were first round selections. Leonard Fournette leads the way for LSU running backs in the NFL, rushing for 2,631 yards in 36 starts for the Jacksonville Jaguars.

Other than Fournette, Joseph Addai (2006 NFL Draft) built a solid career in the NFL with the Indianapolis Colts. After being selected in the third round of the 2011 NFL Draft, Stevan Ridley carved out a spot on the New England Patriots as a backup running back.

Melvin Gordon (15th overall pick in 2015) is Wisconsin’s lone first round selection at the position. Between 2015 and 2019, Gordon started in 63 games for the Los Angeles Chargers, where he ran for 4,240 yards and 36 touchdowns. Gordon is a two-time Pro Bowler.

Two other former Badger running backs have seen success in the NFL. Selected a year prior to Gordon, James White has seen most of his success in the receiving game. In 78 games with the New England Patriots, White has 320 receptions for 2,809 yards and 24 touchdowns. White has also added 1,119 yards rushing in his NFL career.

Although his NFL career was lackluster, Montee Ball’s college career was as stellar as they come. In 2011, Ball finished fourth in Heisman voting after rushing for 1,923 yards and 33 touchdowns. Ball continued the run into his senior season, where he totaled 1,830 yards and 22 touchdowns.

Adrian Peterson currently leads the pack of Oklahoma running backs in the NFL. After being selected with the seventh overall pick in the 2007 NFL Draft, Peterson has played 164 games and started in 154. Peterson is a seven-time Pro Bowler, a four-time All-Pro nominee and the 2012 NFL MVP.

Outside of Peterson, DeMarco Murray built a solid NFL career of 99 games, notably with the Cowboys, after a solid senior season with Oklahoma. Joe Mixon, a second round selection in 2017, has been the Cincinnati Bengals starting running back ever since being selected. In 2019, Mixon ran for 1,137 yards and five touchdowns.

Simply put, no running back on this last has been as decorated as Oklahoma’s Adrian Peterson. In his prime, Peterson was not only the best running back in the NFL, but also gained traction as the greatest running back of all-time. His decorated career, complete with a 2,000-yard season and MVP award in 2012, gives Oklahoma a solid case for “RBU”.