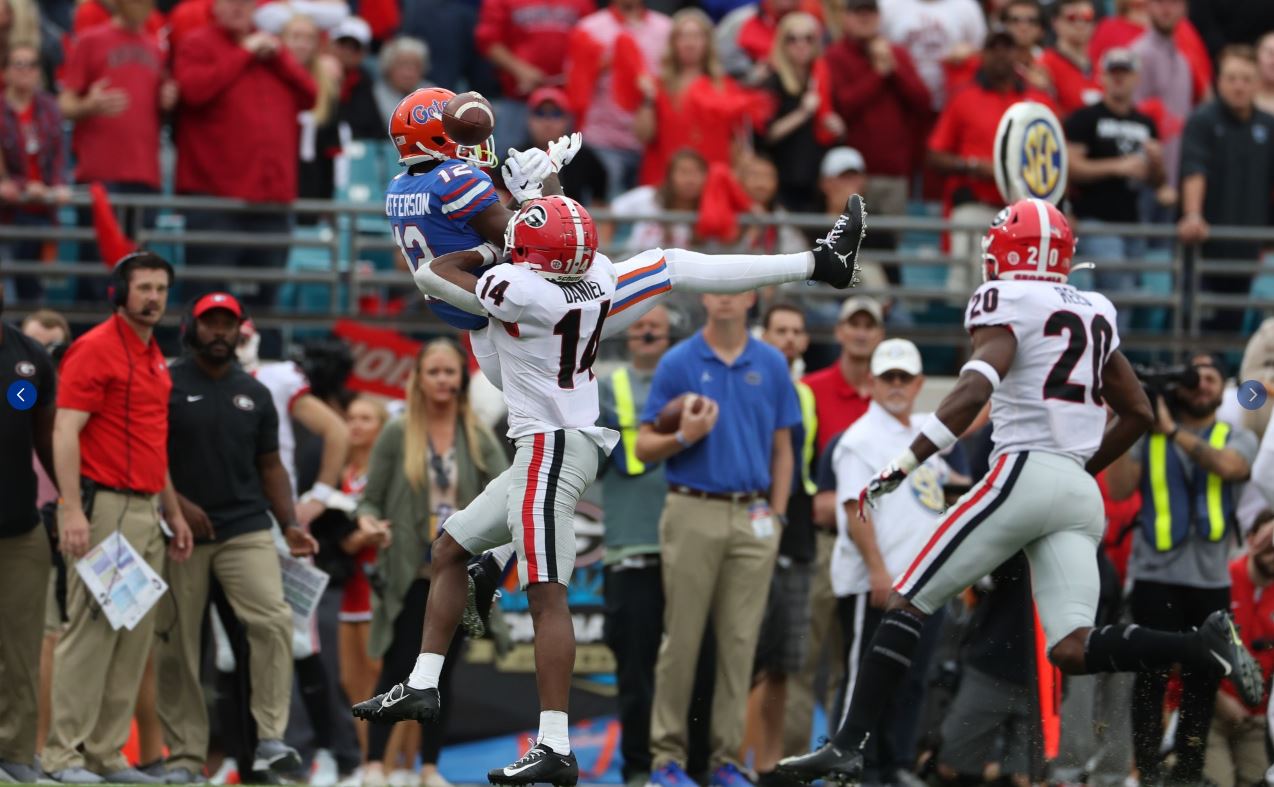 Rivalry games are always important for the teams and players involved in them. Too often however, little is at stake outside of bragging rights.

Other times, rivalries can be one-sided for decades. For some of these rivalries, that was the case not that long ago.

Below, we look at five rivalries between Power 5 opponents that have grown in importance in recent years. The rivalries below now go beyond bragging rights. They all have division, conference or national implications:

In November, Virginia got the proverbial monkey off its back. In a contest that decided the ACC Coastal, Virginia rallied to defeat rival Virginia Tech, 39-30, and snap a 15-game losing streak to the Hokies.

The victory gave the Cavaliers their highest win total in more than a decade and clinched their first appearance in the ACC Championship. Although the Hokies had won the previous 15, four of the previous seven had been decided by four points or less. With accomplished head coaches in Bronco Mendenhall at Virginia and Justin Fuente at Virginia Tech, the contest will likely carry major Coastal division implications over the next several years.

Ohio State has won seven of eight over Penn State. In recent years however, the games have been very competitive. The winner of the annual contest has gone on to win the Big Ten in each of the last four seasons.

After Penn State’s thrilling 24-21 win in 2016, the Buckeyes won each of the next two contests by a single point. Last season, Penn State rallied from 21 points down to draw to within four. Ohio State won 28-17 in what would be its closest game of the season before falling to Clemson in the College Football Playoff.

Minnesota had lost 14 straight games to Wisconsin prior to winning in Madison in 2018. This past season, the battle for Paul Bunyan’s Axe was a de facto Big Ten semifinal. The Badgers won 38-17 in Minneapolis to clinch the Big Ten West. Wisconsin won the Big Ten three times in the last decade, but P.J. Fleck has the Golden Gophers moving in the right direction.

Last season, Minnesota went 11-2 and finished No. 10 in the AP Poll. It was the program’s first 10-win season since 2003 and first top-10 finish since 1962. It wouldn’t be a surprise to see both teams ranked for the annual match-up in the coming years. The all-time series couldn’t be much closer. Wisconsin leads 61-60-8.

Oregon beat Washington 12 straight times from 2004 to 2015. In recent years however, Chris Petersen returned the Huskies to Pac-12 and in some seasons, national relevance.

Oregon and Washington have combined to win three of the last four Pac-12 titles. The last two contests between the schools have been decided by a total of seven points. Mario Cristobal seems to be building special in Eugene. First-year Washington head coach Jimmy Lake looks to do likewise in Seattle.

Georgia has won three straight over Florida, but the winner of the annual contest in Jacksonville has gone on to win the SEC East in each of the last five seasons. Florida misfired on coaching hires of Will Muschamp and Jim McElwain, but believes it has found its man in Dan Mullen.

Mullen has led the Gators to a New Year’s Six bowl win and a top-10 finish in each of the last two seasons. In the last three seasons under Kirby Smart, Georgia has averaged 12 wins and finished in the top 10 each year. That includes two top-5 finishes.