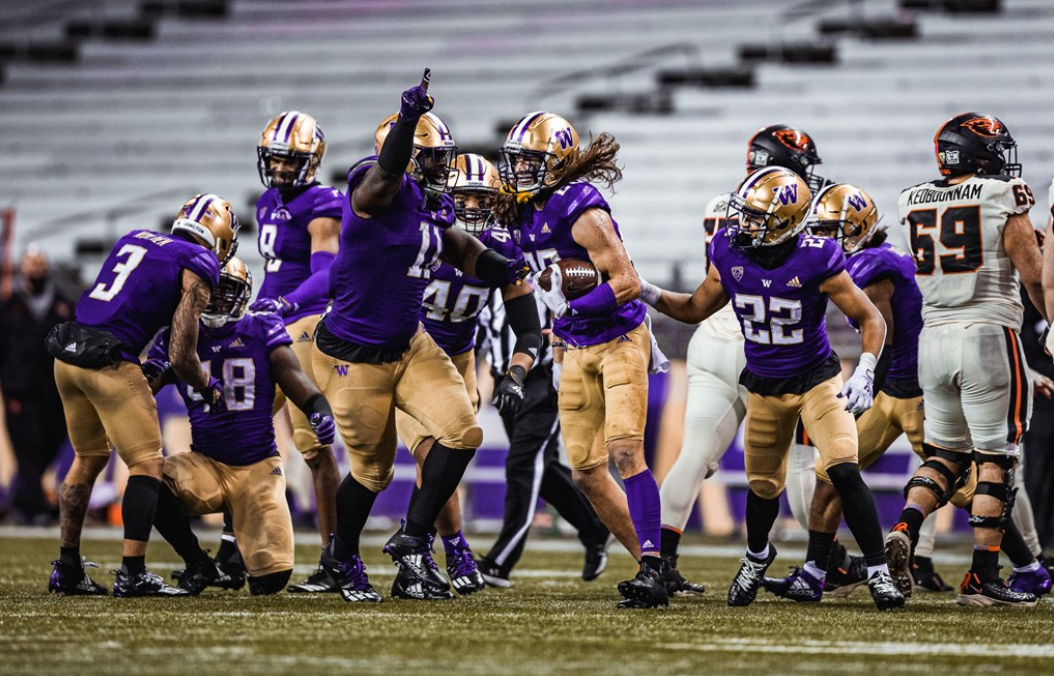 The Washington football program finds itself in an interesting position in terms of coaching.

With the departure of defensive coordinator Pete Kwiatkowski to Texas, there are a lot of questions about what this reshuffled staff will be able to get done. There is a lot to take in about the changes and what it could lead to for the future of the program.

The Huskies promoted Rip Rowan to the role of defensive line coach. Rowan has served as a defensive analyst for the past two seasons with the Huskies. This will be Rowan’s first positional roll with a Power 5 program. He boasts previous graduate experience with Florida Atlantic and Southern Mississippi.

Ikaika Malloe finds himself in a new role as well, as he will be coaching the outside linebackers. The Huskies also have Malloe overseeing the defense as the co-defensive coordinator for the second year in a row.

Malloe found a lot of success previously coaching the defensive line, where he produced award-winning talent such as Vita Vea, Greg Gaines, and Levi Onwuzurike. His success in development will be a great addition to an already strong outside linebacker group.

Bob Gregory has been the main point of interest for this string of promotions within the Huskies’ coaching staff. He is familiar with the defensive system that head coach Jimmy Lake has helped run since 2016 and has previous experience running a defense. From 2002-09, Gregory was in charge of the California defense.

The Golden Bears were one of the best defensive units in college football during his time there. While at Berkeley, his defenses held opponents to an average of 22.5 points per game. Gregory also has defensive coordinator experience from 2001 at Boise State.

The main area of concern comes with Gregory’s recent stretch of production within the inside linebacker group at Washington. Recruiting for the group in recent years has been OK, but a lot of the issue has come from players not meeting expectations. A lot of high-profile three- and four-star recruits never (or at least, not yet) reached their full potential for the Washington defense.

Without naming names, there are quite a few players in Gregory’s linebacker room that fit this description. In a defense known for player development, this definitely stands out. There is a fantastic article from Jason Eric Nelson that has a lot of data regarding Gregory’s record of development.

But with Gregory overseeing the entire defense now, it might not be quite as important for his position group to see extensive development. The group might be seen as a weak point, but when compared to every other aspect of a top-30 national defense, there is obviously going to be a weaker group.

The inside linebackers that have performed fit well into the defensive scheme. There is a big difference between underwhelming and detrimental, and the group is far from detrimental.

All of these inside hires and promotions can be taken different ways. It is great to see that the staff on the football team and the administration trust their people within the system. It is also a bit worrying to see how those in charge of making hires did not make an effort to see what other options were out there.

The moves makes sense for Lake’s team since Gregory is familiar with the defensive system, but there is more to be desired from the committee responsible. In an increasingly competitive Pac-12, having the best assistant coaches possible could be the separating factor. Because of this, it is concerning to see the lack of effort put into the search process.

This issue also goes beyond the football program. A lot of people are pointing to Washington athletics director Jen Cohen as the issue. And, yes, the assistant coaching salary pool has gone down for the Huskies’ football program, but Cohen has been very transparent with Lake about the issue.

There are a lot of factors that have contributed to this that tie into the school as a whole – not just athletics. Despite assistant salary funds declining from $5.94 million to $5.15 million in 2020, the Huskies are still 17th nationally. This type of money still leads to on-field success.

The most important thing to remember is that the 2021 season has not actually happened yet. Gregory’s development trends are not promising, but he has proven that he can run a defense at a high level. The question will be if his style will translate to a new decade and style of football.

Rowan and Malloe have also been put in roles that they will likely see success in. The Huskies should be just fine. With the talent they are bringing in 2021, Death Row should be as dominant as ever. We will just have to wait until they kickoff Sept. 4 against Montana to see.