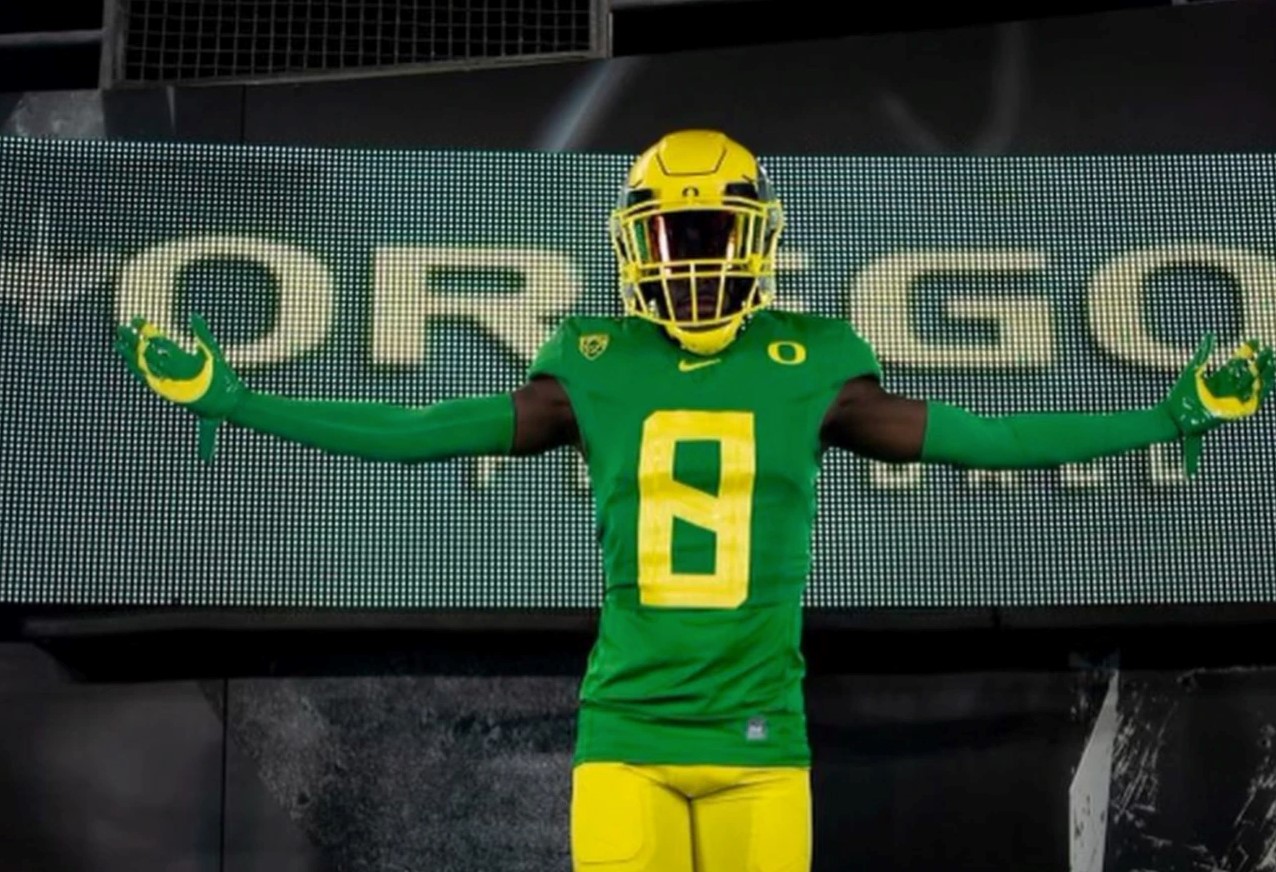 Jahlil Florence, a 4-star defensive back from California, chose Oregon over USC, Michigan, Oklahoma, and others. Florence made his commitment official on Monday.

Williams projects currently as a second-day NFL Draft pick. He is now the third-highest rated commit for Oregon in the 2022 class, behind high school teammate Jalil Tucker and linebacker Devon Jackson.

Expect Florence to get some reps early as a freshman. Florence is a long and athletic cornerback. His recruitment has started to take off of late; he was more of a basketball player entering high school.

Florence plays a physical game and has the size and athleticism and can cover all types of receivers. He has excellent ball skills, and is strong in run support and plays with a nice edge to him.

Florence finished the 100 meters in 10.77 seconds as a junior — his first year running track. He is easily among the most ready-to-play corners in this year’s class.

Oregon still is in the mix for guys like Josh Conerly Jr. and Christen Miller and transfer players such as Chase Cota from UCLA. Oregon has a very limited number of spots remaining for the 2022 class but is looking to add some quality players to a talented roster.

Florence becomes the 12th member of Oregon’s 2022 class. Williams ranks as the No. 155 player nationally, according to 247Sports Composite rankings. He is the nation’s 18th-best cornerback and the ninth-best player in the state of California.

With the addition of Florence, Oregon climbs 12 spots to No. 43 overall, according to the Composite. In the Pac-12, it goes from the seventh-best class to now the fourth-best.