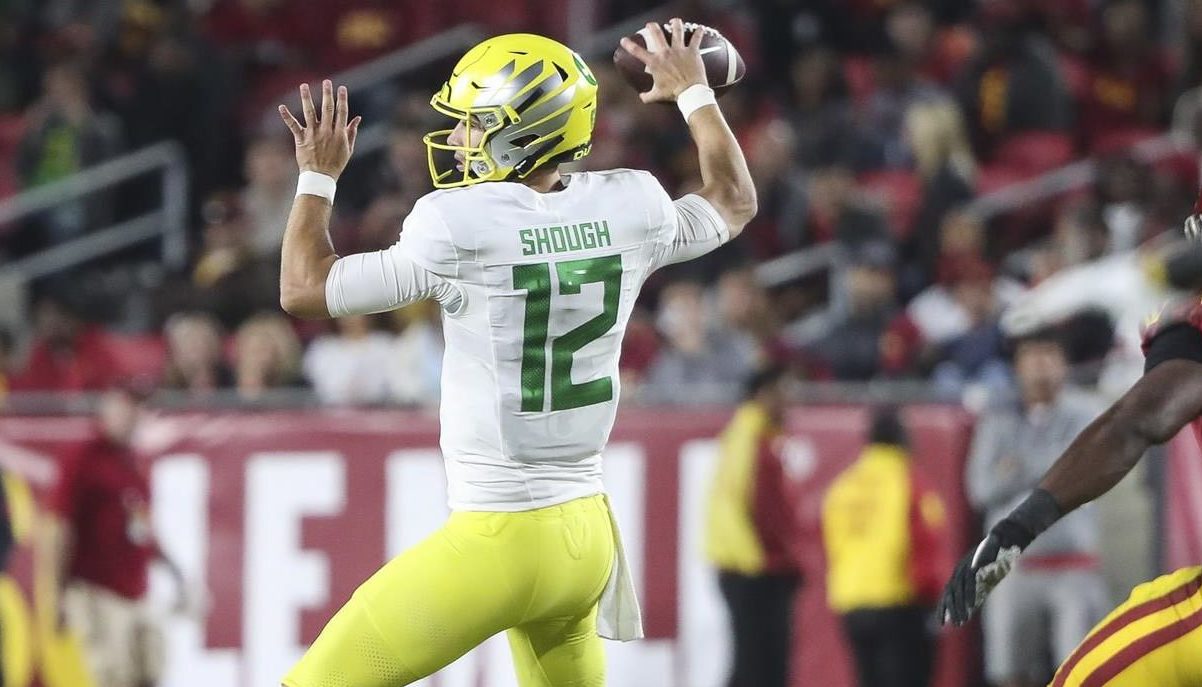 Going into the 2020 season, everyone seemed to know that Tyler Shough was to be the heir apparent to Justin Herbert’s throne as Oregon’s starting quarterback.

After 167 attempts Shough wasn’t exactly the “Herbert with swagger” fans and some Ducks’ players heralded him as. In some areas, Shough graded out really well. After all, he has all the tools.

Contrarily, decision making — not just in passing situations — was lackluster this season. Often times, Shough would make the wrong decision or take too long to decide on read options, causing plays to result in losses of yardage, no gain or even fumbles.

Shough did have some flashes of what he could be at the same time. In only his second start, Shough went 21-for-30 passing with 312 yards, four touchdowns and an interception in a 43-29 win over Washington State.

The next week was more of the same — 19-for-30 with 334 yards, three touchdowns and no picks against UCLA. He added 122 yards rushing over those games as Oregon raced to a 3-0 start.

The problem is that we saw just as much struggle as we did success in the shortened 2020 campaign. That is primarily the reason this is even a discussion.

Who else is there?

A lot can happen over the next seven or eight months, but here are the contenders to take over Shough’s starting spot, from most likely to least: