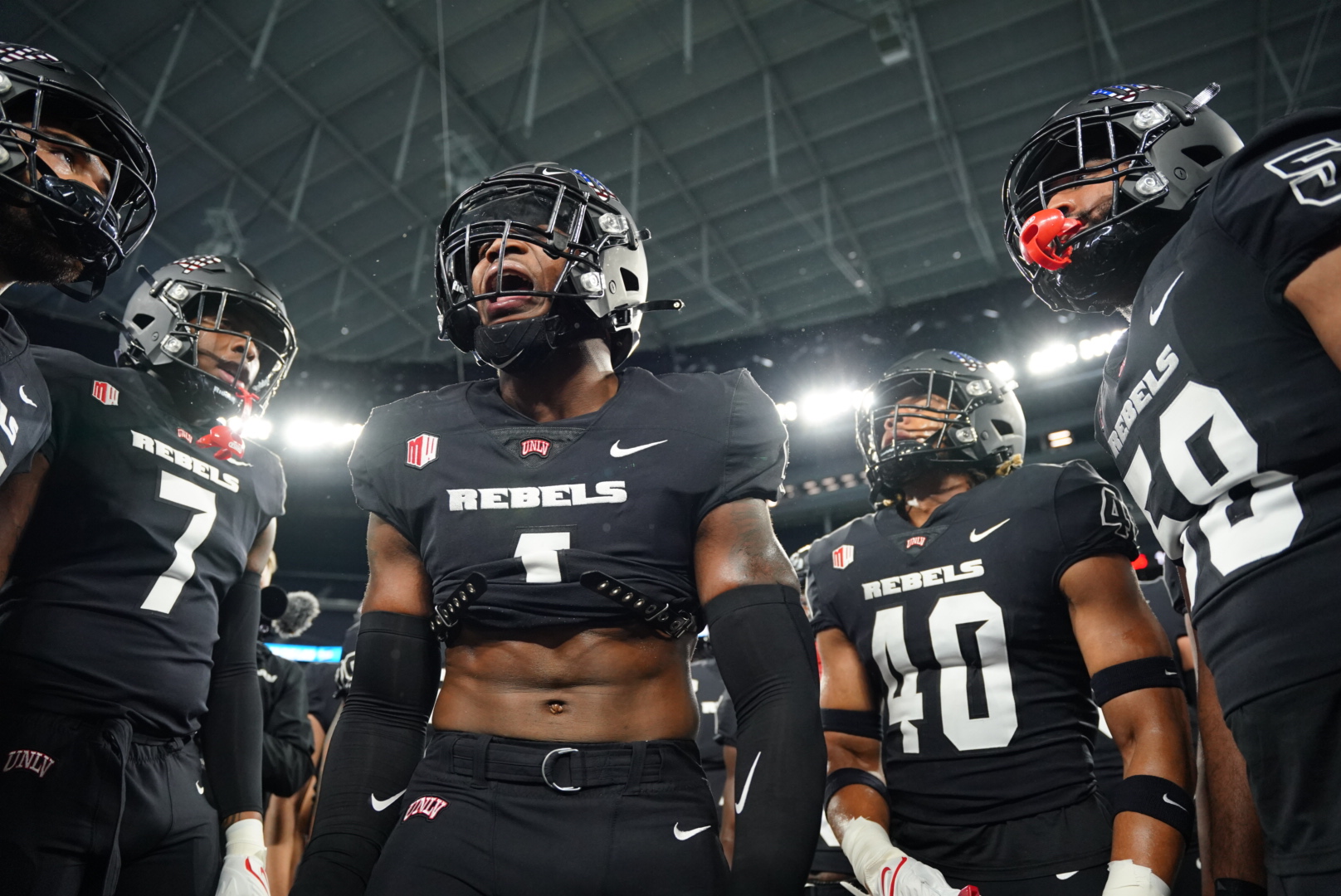 In this 10-part series, we will present to you with some of the most faithful fans in college football.

We’re not talking about the likes of Nebraska where its fans have sold out 283 games. One, because if you live in Lincoln or the surrounding areas, what beats a Cornhuskers game on a Saturday? Two, when your program is considered a blueblood of college football, there is still excitement to lead you to the game.

This series will be focusing on the fans that show up for a program with limited history, or maybe little hope moving forward. The series begins with the faithful of the UNLV Runnin’ Rebels:

Unlike Lincoln, there area lot of entertainment options in Las Vegas. UNLV plays at Allegiant Stadium — the $1.9 billion home to the NFL’s Las Vegas Raiders.

Allegiant Stadium has a capacity of 65,000. In 2021, UNLV had an average attendance of 22,356 in its six home games. Filling up 1/3 of the stadium is not to shabby for a program that has been below mediocre.

Granted, some of that is opposing fans and others just wanting to see Allegiant Stadium. Regardless, it is impressive.

Priority 1 season tickets for UNLV football go for around $500, and alumni get a 25% discount. Raiders games may be too expensive, but a UNLV game is an alternate way to view Allegiant Stadium.

The best way to currently describe UNLV football is rock bottom. Current head coach Marcus Arroyo is 2-16 in two seasons. Arroyo is the thid-highest paid coach in the Mountain West, and faithful UNLV fans will not be waiting around if there is another dreadful season.

As referenced in the video above, there are longtime UNLV season ticket holders. UNLV has invested in itself and it is time for those dividends to pay off for the loyal Rebel fans.