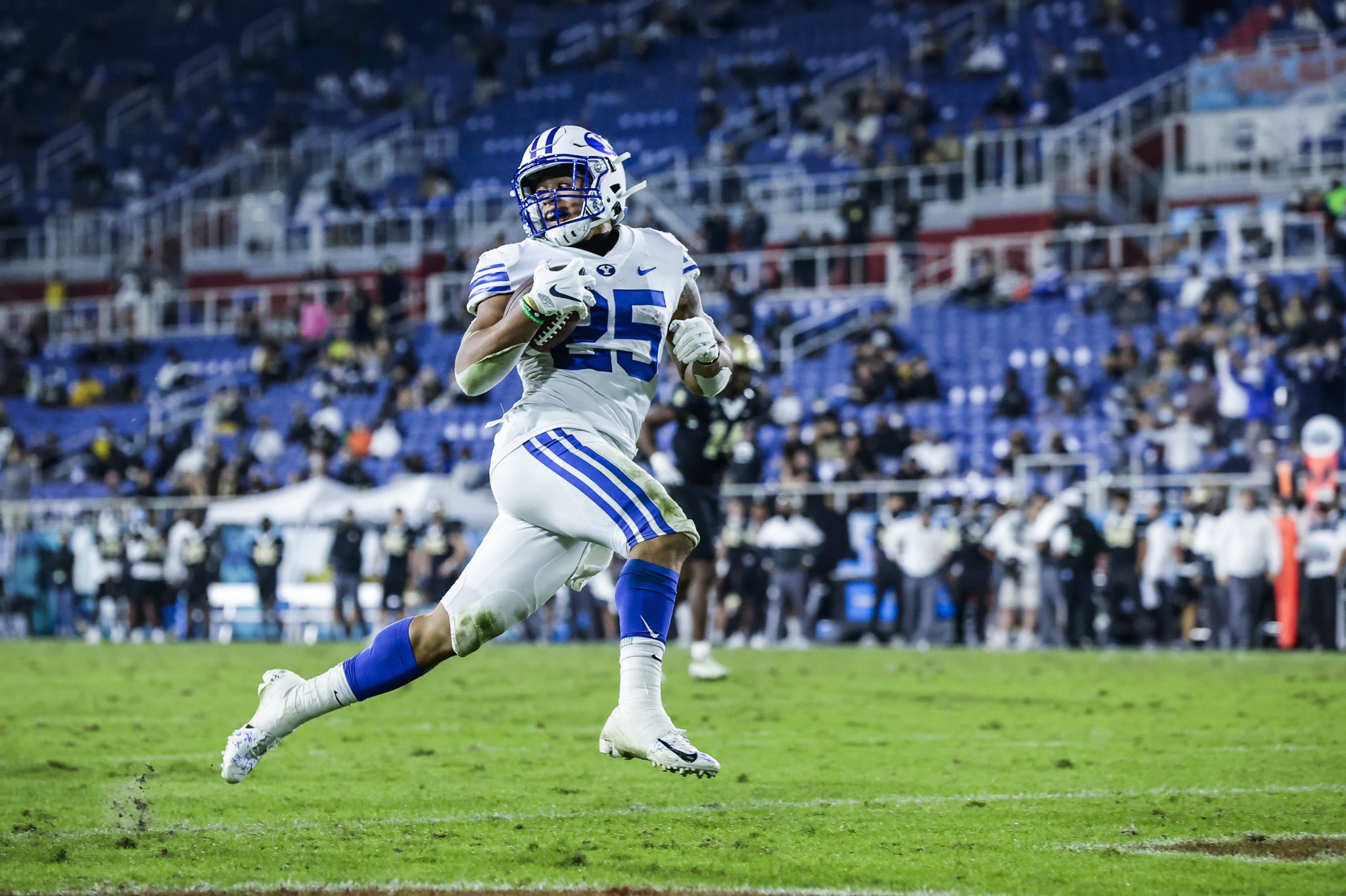 Prior to Tuesday’s bowl game, the BYU Cougars were 0-for-Florida.

BYU had dropped nine straight games to Florida schools, including a loss to UCF in 2014. In the Boca Raton Bowl, that streak fell by the wayside as the 16th-ranked Cougars dominated in a 49-23 victory.

Prior to Tuesday, the Knights and Cougars (11-1) had split the previous two meetings with both teams winning by exactly seven points. Tuesday night’s contest was not remotely competitive.

The 2020 RoofClaim.com Boca Raton Bowl started off slow offensively for the UCF Knights. They didn’t score until 20 minutes into the game.

BYU, on the other hand, scored 21 point before the first quarter ended. When it came to passing yards, BYU had four times more than UCF after 20 minutes of play.

A Strong End to the Half

It didn’t take long for BYU to go from having a big lead to complete domination.

On a seven-play, three-minute drive, the Cougars went 68 yards to score their fourth touchdown of the game. After the ensuing drive resulted in just one first down for UCF, BYU went back to work at its own 13-yard-line. Three minutes, 87 yards and a fifth total Zach Wilson touchdown later and BYU was in front, 35-7.

UCF was able to bleed the clock and kick a field goal before half to keep the BYU offense off the field. Down 35-10 at the break however, there was little doubt as to how the contest would turn out.

With somewhat a short field, UCF was able to finally show some life when it went eight plays and 68 yards for a touchdown. Following BYU’s only punt of the night with 13 minutes left in the game, UCF had its second touchdown drive in a row. Both ended in Gabriel touchdown passes.

BYU’s next possession began with just under eight minutes to play. UCF never saw the football again as the Cougars went 61 yards in 13 plays to run out the clock.

If there was one area where UCF held the advantage on Tuesday night, it was sacks. UCF’s Tatum Bethune had the game’s lone sack.

Tuesday’s loss to BYU ended UCF’s streak of 48 consecutive games without losing by 10 or more points. That was the nation’s longest streak.