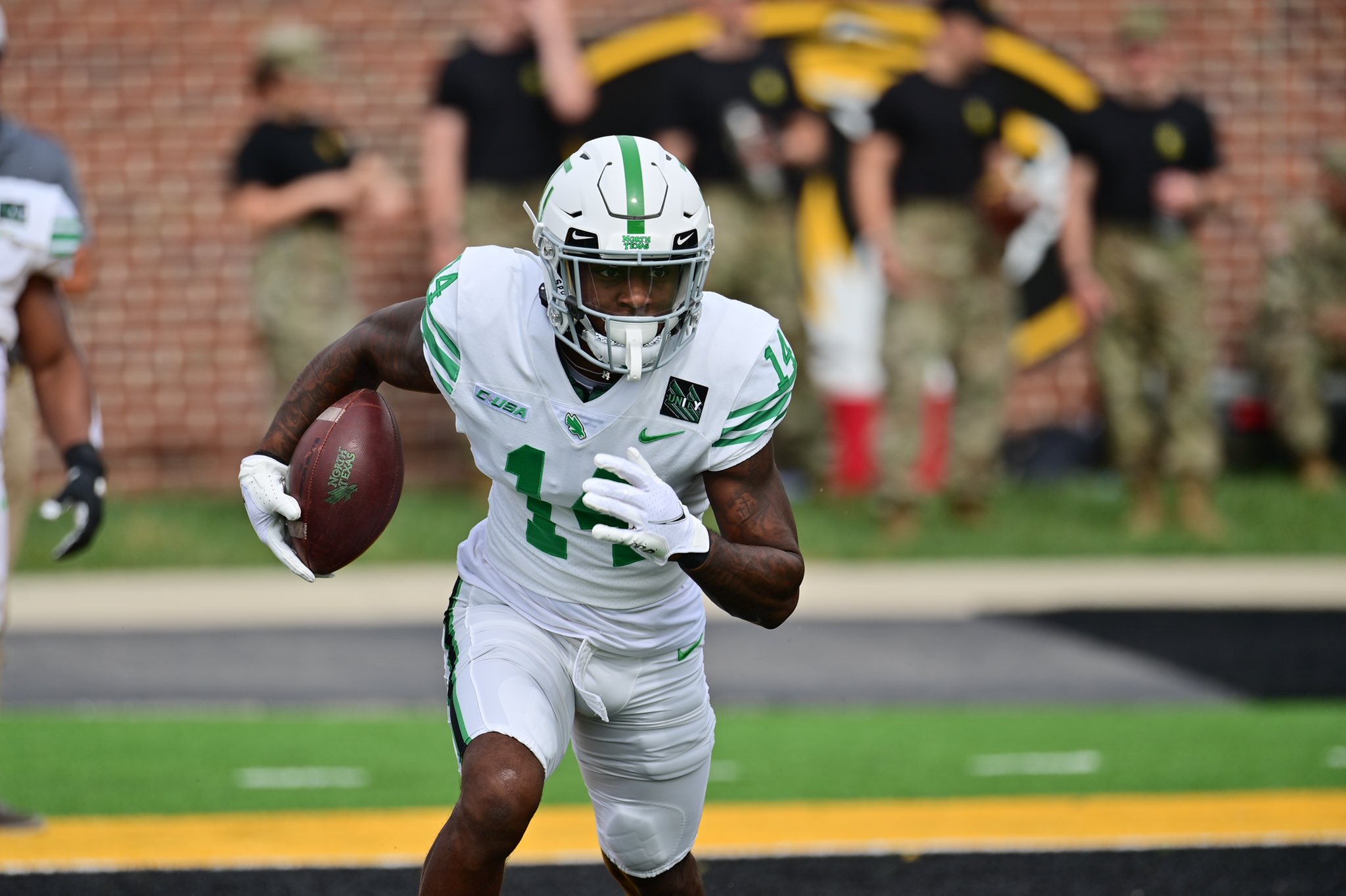 North Texas will host Hugh Freeze and the Liberty Flames on Saturday afternoon at Apogee Stadium.

The Mean Green accepted an invitation on Thursday to join the American Athletic Conference. That has generated plenty of excitement on campus. North Texas hopes this excitement and energy translates to the football field. Kickoff is set for 3 p.m. CT. The contest airs on ESPN+.

Liberty limps into Denton after being stunned by Louisiana-Monroe last week, 31-28. A late 53-yard field goal was the difference as the Flames fell as a 32-point favorite.

The Flames are 5-2 with their other defeat coming against Syracuse on Sept. 24. That one also came on a late field goal. Syracuse’s Andre Szmyt made a 35-yarder as time expired.

The Flames’ two losses have come away from Williams Stadium. They’re 2-2 on the road this season.

The Mean Green (1-5) had their lone win of the season at home in the opener against Northwestern State. They’re coming off a loss to Marshall last Saturday, 49-21. North Texas moved the ball well against Marshall, totaling 411 yards of offense. That included 277 yards on the ground.

Unfortunately, it fell into an early 35-0 hole and was penalized 17 times for 161 yards. There’s no question the Mean Green will have to clean that up if they want to stay in the game with Liberty, who is a 21.5-point favorite.

Junior quarterback Austin Aune and senior running Deandre Torrey lead the way for the Mean Green offense. Torrey has run the ball well all season long. He’s averaging almost six yards per carry on 135 attempts and is up to 780 yards rushing on the season. He’s found the end zone six times.

Aune has had an up-and-down season and has split time under center with Jace Ruder. Aune has been much improved in his last two games, but costly turnovers have haunted the Mean Green.

His counterpart on the opposite sideline is, of course, Heisman Trophy hopeful and Auburn transfer Malik Willis. Willis has thrown for 1,462 yards to go with 655 yards rushing and 23 total touchdowns. He’s a dynamic playmaker and will pose a huge challenge for a Mean Green defense that is allowing an average of 35 points and 433 yards per game.

North Texas looks to snap their 5-game skid and eliminate the mental mistakes that plagued it last week vs. Marshall. This is probably a must-win if the Mean Green have any hopes of making a bowl game.

Head coach Seth Littrell has stressed that North Texas must play well in all three phases and play complimentary football to have an opportunity to compete with Liberty.

“We got to be a lot more disciplined, play smarter…and eliminate pre-snap penalties,” Littrell said when of struggles in short yardage situations this season. “We got to throw and catch better.”

North Texas will need to use its big-play ability on the ground to stay in this one. Liberty and its defense however, will force turnovers late and ultimately pull away in the second half.