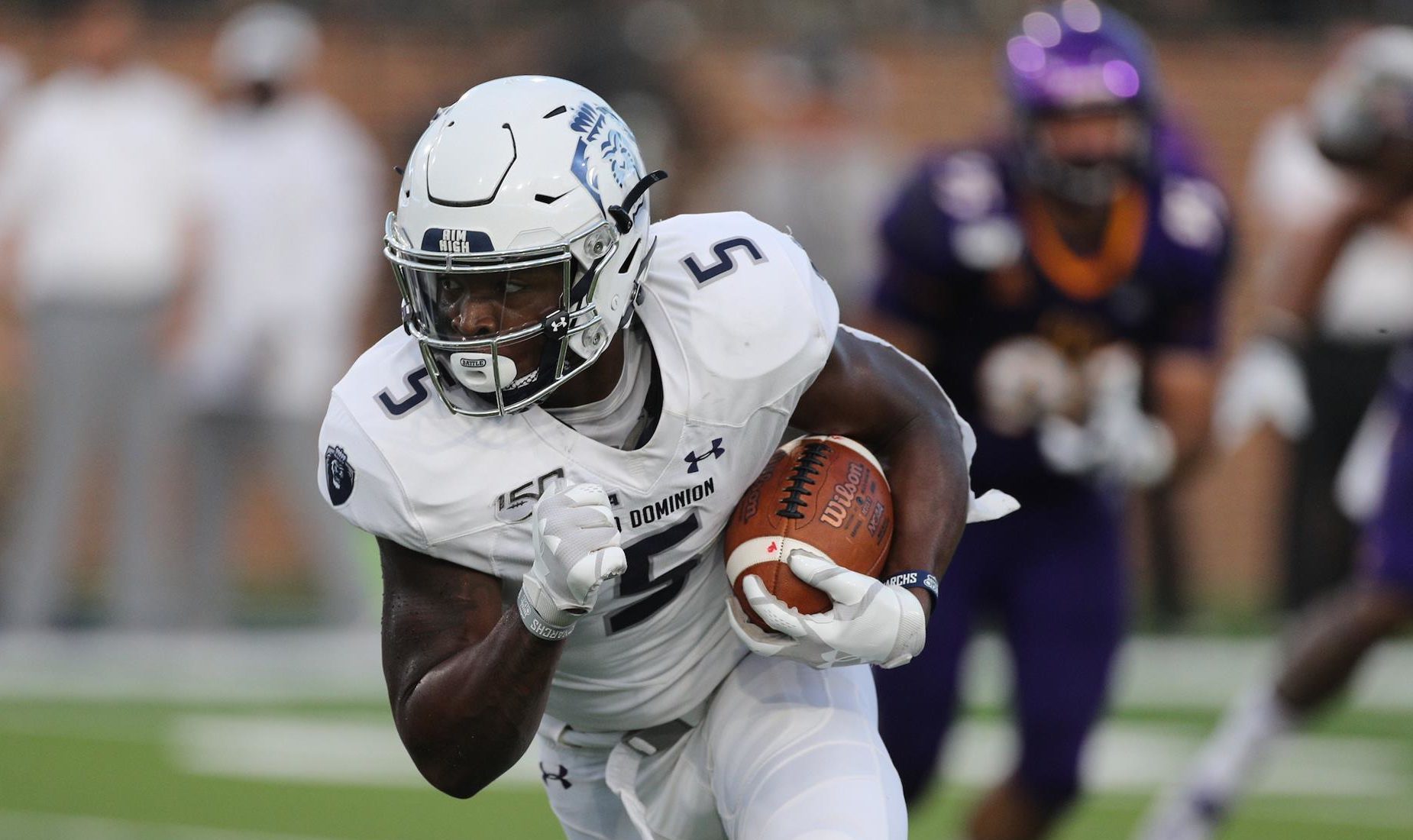 Steven Williams has been through it all during in his time at Old Dominion. As the former quarterback-turned-wide receiver attacks his new position, he looks back at his time at ODU.

A Washington D.C. native, Williams came to ODU as the No. 14 quarterback prospect in D.C., according to the 247Sports Composite. Williams played right away, earning Conference USA All-Freshman honors in his first season.

That first season was tough, however. Williams became the second-youngest quarterback to ever start an FBS game when ODU went on the road to Virginia Tech. That was, for many, hard to watch as ODU lost 38-0 to the Hokies.

Williams finished that season with six touchdowns and 11 interceptions. The next season, Williams would play his last games at quarterback for the Monarchs. He could only watch as Blake LaRussa led ODU to an upset of then-No. 13 Virginia Tech. Williams would be redshirted after playing four games.

The next season would see Williams transition to wide receiver, where he would have a supporting role in a struggling offense under Bobby Wilder. Williams caught 17 passes for 167 yards during his time at the position.

“I made the switch to receiver, because we needed it at the time, so I just made that decision,” Williams remarked. “I just love football; at the end of the day, it’s all about winning and playing ball.”

Fast forward to the present, ODU is in the middle of its first spring practices under Rahne after the 2020 season was called off. Williams is now at his third position. Instead of scoring touchdowns, he will now be tasked with stopping the offense, playing linebacker.

“Now playing linebacker, I have a whole different mentality,” Williams said. “I’m older now, so I’m in a leadership role, encouraging the young guys to get better, pushing them, and bringing that energy every day to practice. That’s my motto and I’ve been trying to carry that out this spring.”

All of these experiences have changed Williams, but it wasn’t just experiences. Williams also changed off the field.

“It’s been crazy and been an up-and-down journey,” Williams said. “It’s been a lot of a mental journey and I’ve grown a lot. It really was the maturity that helped me make this transition; back then, I was young and wasn’t really all the way there as far as maturity.”

No matter what Williams has been through during his time in Norfolk, he knows he had to go through those things to become the man he is today — on and off the field.

“It’s crazy. Sometimes, I get so far ahead and forget that it’s been a journey,” Williams reflected. “It’s been a good one at that, no matter the ups and downs and all of it. I appreciate all the little things — the positives, negatives, everything — because it helped me get to where I’m at right now. When I think back on it, man it’s great that it happened that way. This was my story and playing quarterback and wide receiver helped me so much at linebacker. If I didn’t play those positions, I don’t think I’d be where I’m at right now at linebacker.”

Over his now-four years at ODU, Williams has seen a lot of seminal moments in Monarch history. From playing in the first game against Virginia Tech to being on the sideline for the win over the Hokies the next season, the new Kornblau Field at S.B. Ballard Stadium, the departure of the only coach this iteration of ODU football has known, the hiring of Rahne and the next era of ODU football, Williams has been there for all of it.

“It’s been wild; all of those moments have been great,” Williams remarked. “I feel like that’s what makes this experience. Going through all those things and being a part of it is what makes football fun and enjoyable, a lifetime of memories. It’s how you build that camaraderie with guys and fans and donors, everybody.

“I think those moments are great,” Williams added. “I’m happy I’ve been a part of that. I couldn’t be more grateful for the opportunity Coach Wilder gave me, to offer me a scholarship to come here and play at ODU; I’m thankful for that always.”