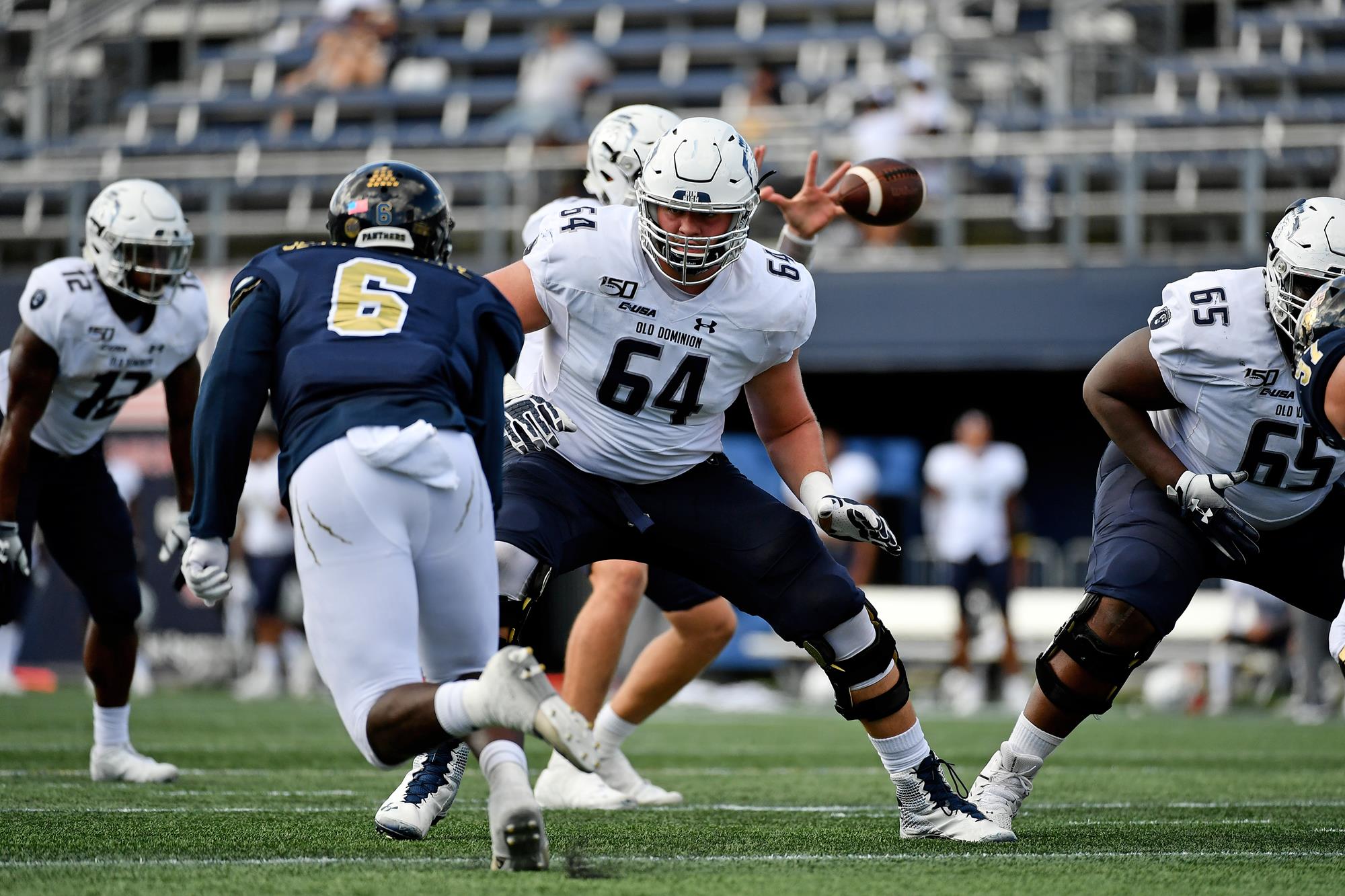 One of the few offensive linemen to have experience at Old Dominion, Nick Saldiveri joins senior Isaac Weaver as the only players to have started more than 10 games for the Monarchs on the offensive front.

While Weaver and Saldiveri share that distinction, the bond between the two goes beyond the field.

“My connection with Isaac is really good; he’s my roommate actually,” Saldiveri said. “When I first came in, he was the guy they wanted me to look up to because he did everything right like a blueprint. I feel like our connection has grown a lot over the past year or so since I’ve been living with him. I feel like we have a good bond. If he is getting an extra workout in, I want to get an extra workout in, just trying to compete and make each other better every day.”

Offensive coordinator Kirk Campbell was effusive in his praise of Saldiveri. He was also clear about what he expects out of Saldiveri’s second season starting on the offensive line.

“Nick, first off is a great person. Just being around him, he brings a smile to my face,” Campbell said. “He is a great kid to have around. He is a great leader, even though he is a freshman technically for the other guys in the room. His feet are phenomenal; he is a very powerful young man, very instinctual, and understands our scheme really well. I expect a lot out of Nick.”

As a third-year freshman, Saldiveri has learned a lot so far. He is passing that down to the younger guys on an experience-challenged offensive line.

“I’ve learned that it’s a day-by-day process,” Saldiveri commented. “You have to take every day for what it is, and try to get better. It’s not all going to happen overnight as a freshman. I was trying to make the jump immediately and get right as fast as I could, but you just have to know you have to build it brick by brick just like anything else.”

Brick by brick is exactly how the offensive line will be built. There’s no doubt that Saldiveri will be a huge part of it.