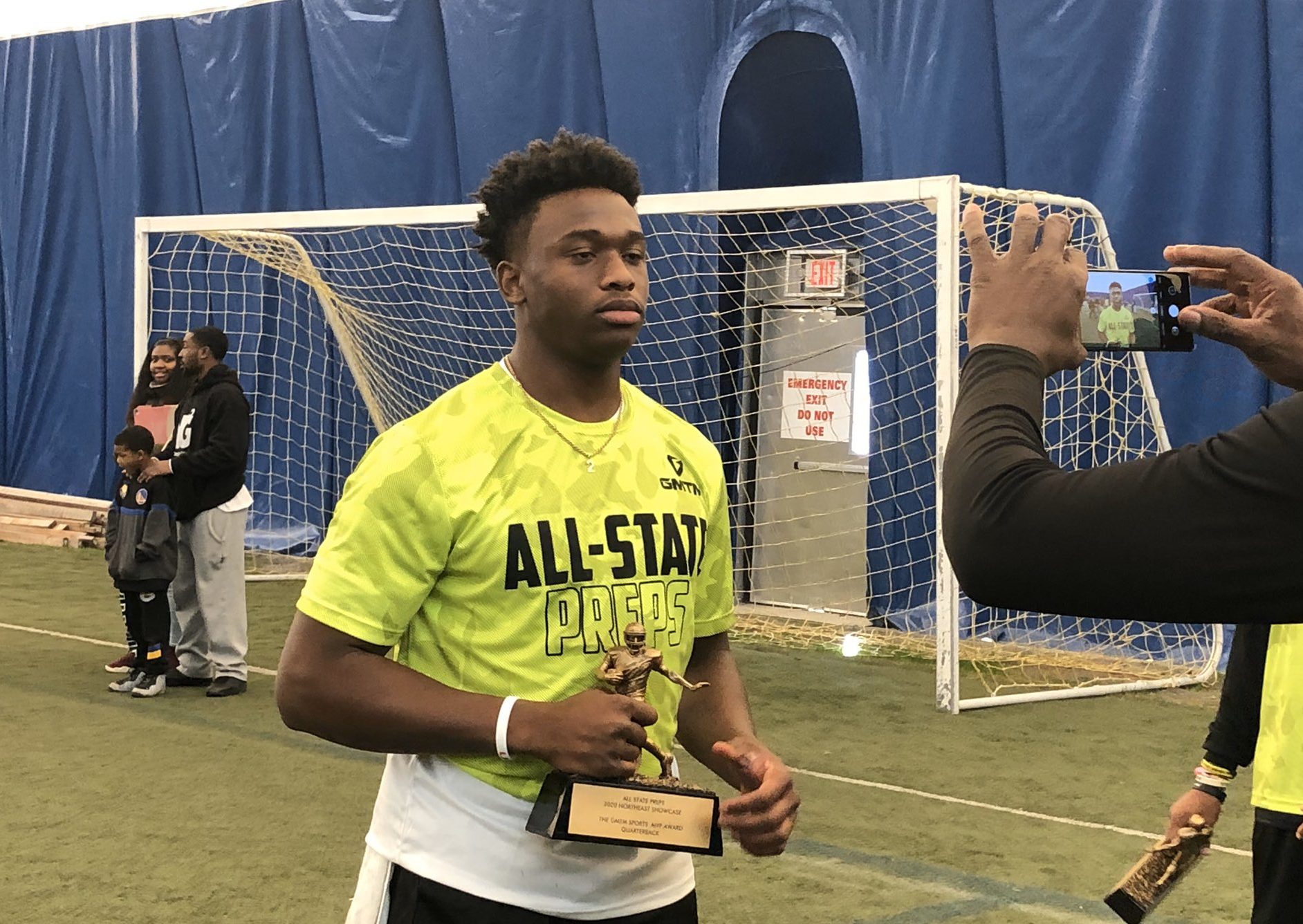 Out of Brooke Point High School in Stafford, Va, 2022 pro-style quarterback Noah Sanders is one for Old Dominion fans to watch in the coming recruiting cycle.

Sanders is rated as a three-star recruit by 247Sports and the 26th player in the commonwealth for the 2022 class. Sanders is listed as the 36th-best at his position for the class.

“I like their system,” Sanders said. “I like the new coaching staff. I’ve talked to (offensive coordinator and quarterbacks) Coach (Kirk) Campbell and I talked to (head) Coach (Ricky) Rahne Thursday and Friday of last week and they were selling me on some good things and I think I might fit right in. I want to keep seeing where it goes and hopefully get on campus and see it from there.”

When UCF quarterback Darriel Mack announced his transfer to ODU a few weeks ago, it was something that Sanders saw. While he may sit behind Mack for a year, it’s something the young signal-caller embraces.

“(Mack) is from that area and I kinda knew about him at UCF,” Sanders said. “He had an opportunity to start after an injury and then I heard he was coming to ODU. Ideally, everyone wants to come in and be ‘the guy’ on day one.

“I’m willing to take (the starting job), but if not, I have no problem sitting behind somebody for a year who can play and elevate my game to a higher level just by learning and watching. So, I don’t have a problem with that.”

The offer from ODU, and first conversation with Campbell had been building since New Year’s Day. That’s when Sanders got his first text from the ODU offensive coordinator.

“The first time talking to him was last Thursday and he texted me to congratulate me on the offer on Friday,” Sanders exclaimed. “(Rahne) is a cool guy. I think he and the young coaching staff relating to the players is something that I like in a coach — someone who can relate to me and know where I’m coming from.”

Sanders and his Brooke Point teammates hope to open their season in late February.