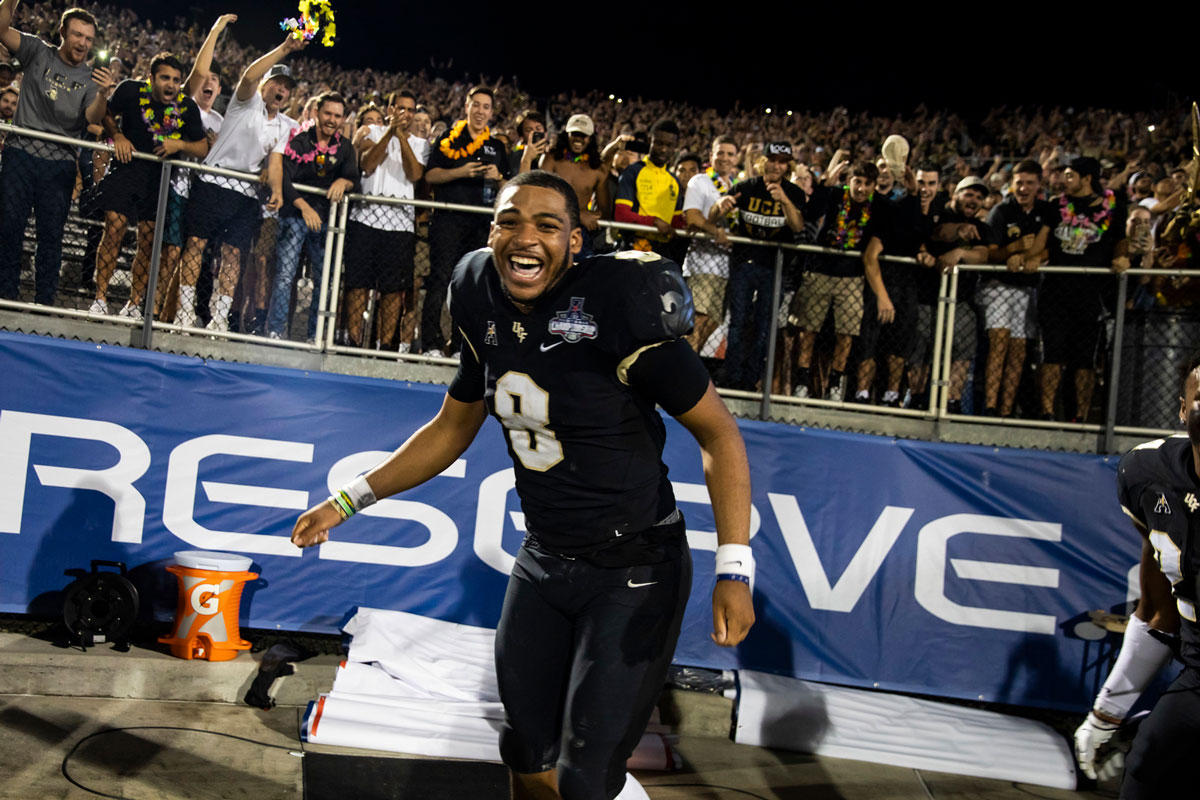 With a big question mark at quarterback for the upcoming Old Dominion football season, the Monarchs were looking to upgrade at the position. In comes UCF transfer Darriel Mack Jr., a graduate of Norview, who will be coming home to hopefully lead his hometown Monarchs to prosperity under new head coach Ricky Rahne.

Woke up feeling like I got the keys to my city #ReignOn 🦁👑 #Homecoming pic.twitter.com/pGxOSSaN4X

Mack, who opted out of the 2020 season with COVID-19 concerns, will come to Norfolk as a graduate transfer with two years of eligibility remaining. That means two years with the new Monarchs staff and the riches that Rahne and staff have accumulated and two years to bring a Conference USA title to Norfolk. He’ll have two years to ball out in front of his biggest supporters, and two years to help show the youngsters that they can become stars closer to home.

Mack is going to instantly rival Taylor Heinicke as the best quarterback in school history. He’ll operate alongside running back Ricky Slade, who is the biggest name to transfer to ODU in the program’s short history. Mack played in 19 games while at UCF — 10 as a freshman, and nine as a sophomore.

Mack, a true dual-threat will be electric in the new offense with his legs. He ran 110 times for 516 yards and nine scores while at UCF.

Now, allow us to paint a Picasso for ODU fans.

Next season’s starters on offense could include Mack at quarterback, Slade at running back, Georgia transfer Trey Blount and a supporting cast at wide receiver including Jordan Bly. Others include a hometown kid in Javon Harvey, speedy Isiah Paige from Varina, and last season’s leader in touchdown catches Aaron Moore among others.

With a cast like that, ODU games next year should be akin to a fast-moving action movie.

There are still moves to be made and positions to be upgraded. Currently for Monarch fans however, this is the best Christmas present ODU faithful could have asked for.

With Mack at the helm of the offense, a C-USA title (or two) is fully within reach for ODU when the Monarchs resume play in the fall of 2021.