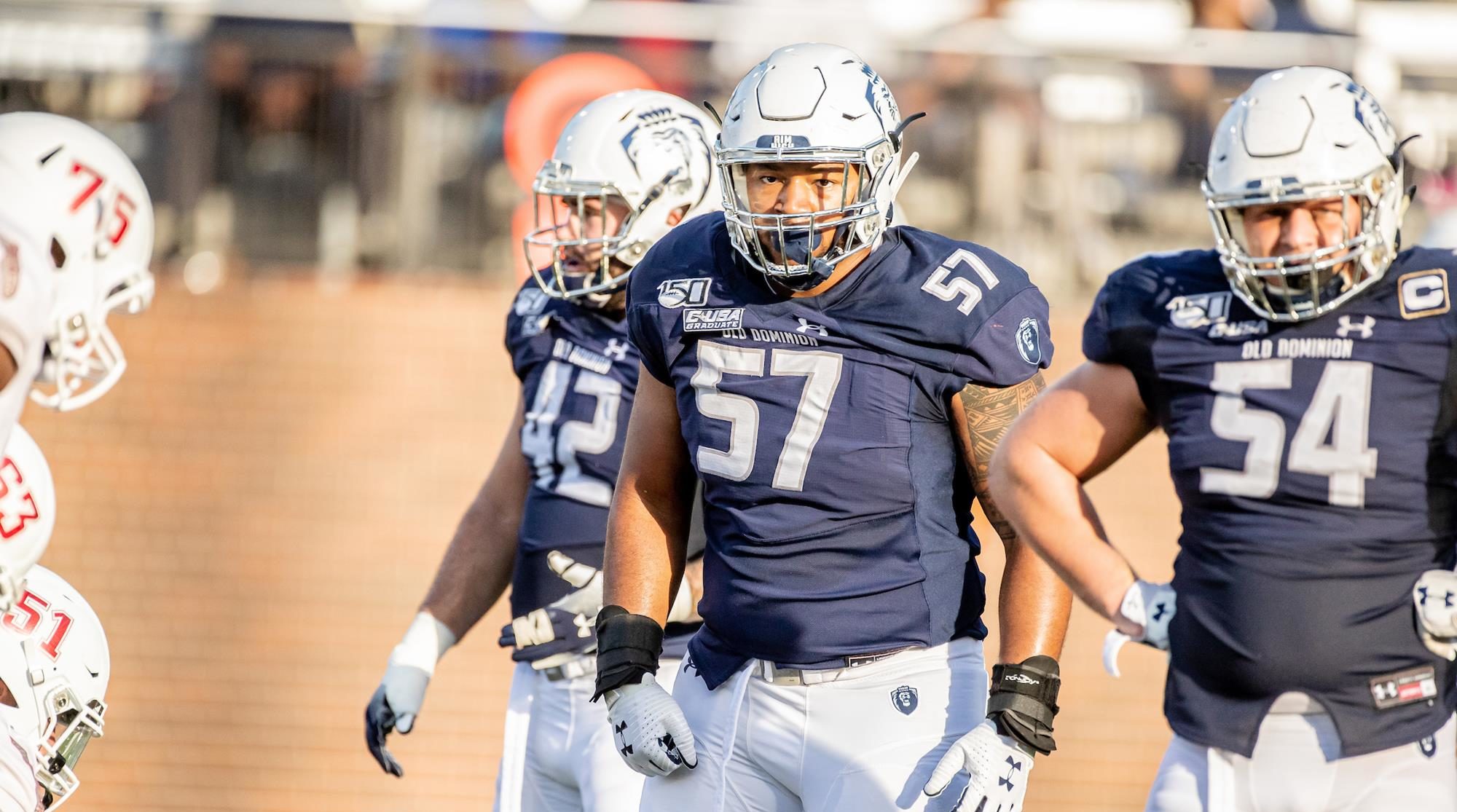 As the world reacts to the senseless murder of George Floyd and rallies for a change in the way police handle themselves, most colleges have spoken out. Old Dominion took it a little further.

On Thursday, a rally led by former Monarchs’ defensive lineman Mufu Taiwo was conducted at ODU. Taiwo however, wasn’t alone. He was joined by new head coach Ricky Rahne joined, school president John Broderick, other high profile administrators and about 25 members of the current Monarchs team.

“We had President Broderick, Coach Rahne, the provost of the university, vice president of student enrollment services, a lot of on-campus staff,” Taiwo said. “Basically, we came together with everything going on in the country and marched against social injustice. It was also a Black Lives Matter protest, everything. We wanted to do something at ODU to bring us all together.”

Taiwo spent five years at ODU as a player. He played in four after being redshirted his freshman season. Taiwo appeared in 15 career games for the Monarchs. What Taiwo did off the field though, might be even greater.

As a Monarch, Taiwo served as the president of the Student-Athlete Advisory Committee. Taiwo was also leading food drives, helping out with Special Olympics events and active with toy drives.

“Now that we’ve reached these higher-ups like President Broderick, he goes to the general assembly and goes and represents ODU at these bigger platforms,” Taiwo continued. “Now that he’s heard us and knows that the community is rallying behind this, he can speak on the matter. The fact that he knows that we felt we personally needed to do this on this campus, he is affected by that.”

The crowd had over 250 people — far more than Taiwo expected. While Taiwo never played for Rahne, the Monarchs’ coach still came and supported the march.

.⁦@ODUFootball⁩ coach Ricky Rahne taking part in the March for Justice. ⁦@RickyRahne⁩ joined by about 25 football players and much of athletic staff, including @ODU athletic director Wood Selig. pic.twitter.com/mTurcNFHgw

“He (Rahne) actually reached out to me,” Taiwo said. “He wanted my opinion on what’s been going on and everything and he knew about what I did in the community and the athletic department with my involvement with SAAC. I got the feeling from him and everybody else that they all wanted to do something but didn’t know what to do.

Not only did Rahne show up, but so did members of his staff, their kids, and about 25 members of the football team. Also present were various basketball coaches.

It is evident that ODU wants to be on the right side of history. As for Taiwo, he doesn’t appear finished. He’s said there will be another rally — this time throughout the city of Norfolk — in the near future.