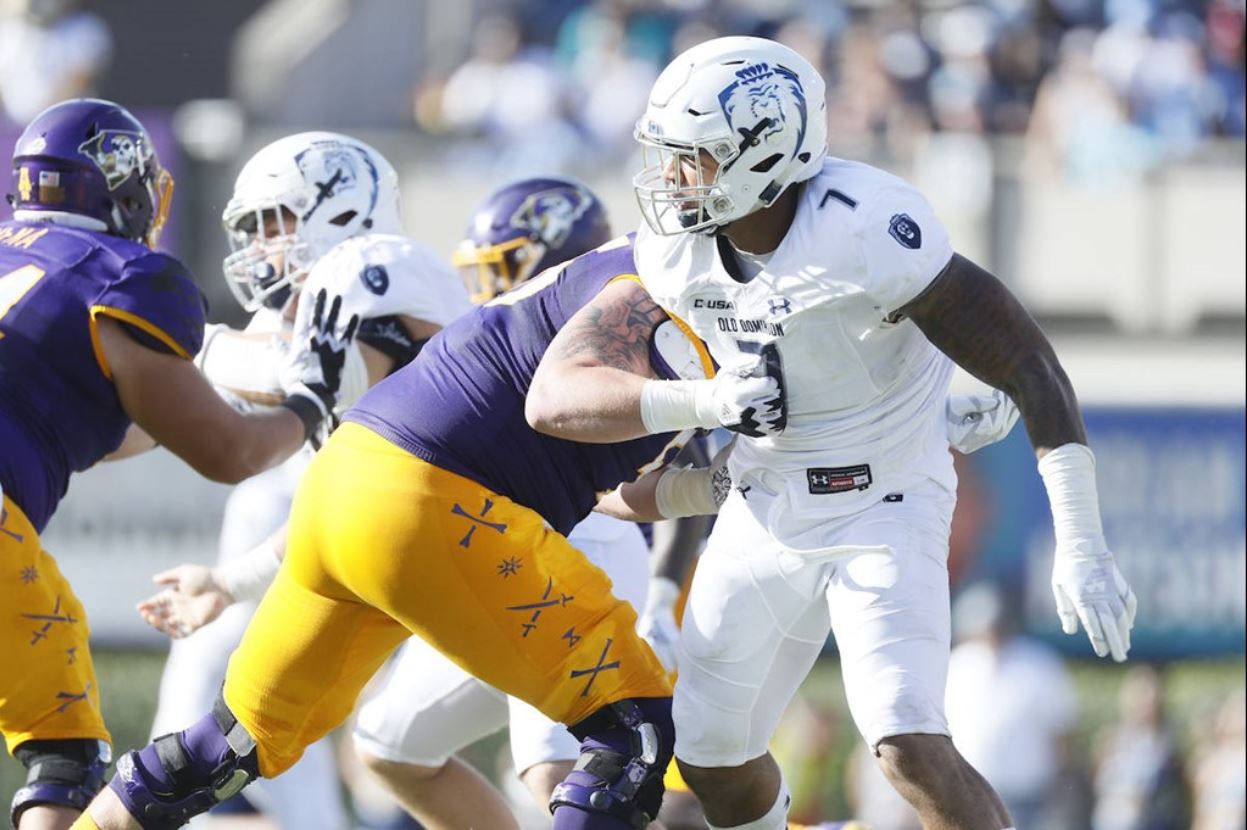 Old Dominion and East Carolina kick off a six-game series starting in 2022, which will end in 2031 for the Monarchs and Pirates.

With home games for ODU in 2024, 2027, and 2030, the series will see both programs through the end of the decade. ODU will travel to Greenville in 2022, 2029, and the finale of the new agreement in 2031. Only 2 1/2 hours from Norfolk, ECU is travel-friendly for the Monarch faithful, so Ricky Rahne’s club should see a good bit of support on the road.

History of the Matchup

I wrote awhile ago about ODU’s true rival and noted that the two, at that time, were not scheduled to play again. This renews that rivalry and also closes in on an answer to the earlier question.

In ten meetings, ODU is 3-6-1, with the one tie, a thrilling 0-0 game, coming back in 1934. ODU is 0-3 since the return of football to Norfolk. This includes the 2018 matchup when, fresh off the upset of Virginia Tech, a late reversal of an interception call handed ECU the victory 37-25.

The agreement tentatively rounds out the Monarchs 2022 non-conference schedule. ODU has home games against Virginia Tech and Liberty and road games with ECU and UVA. This is arguably the toughest schedule in ODU history, but one that could lead to special things if the Monarchs can run the table.

Dr. Wood Selig, ODU’s Athletic Director, said signing a long-term deal with ECU has been a major priority for his staff.

“With the exception of Virginia Tech, East Carolina is the one football opponent that most resonates with our fans,” Dr. Selig said.

“ECU has such a great football tradition and loyal fan base. This is a program that over the years has consistently competed well with ACC schools such as North Carolina, N.C. State and Virginia Tech.

“In many ways, ECU’s football program has been a model for our program. Old Dominion and East Carolina should be playing, especially given how easy it will be for fans of both schools to attend the away games as well. We’re so glad we were able to work out this football series.” per a release from Old Dominion.