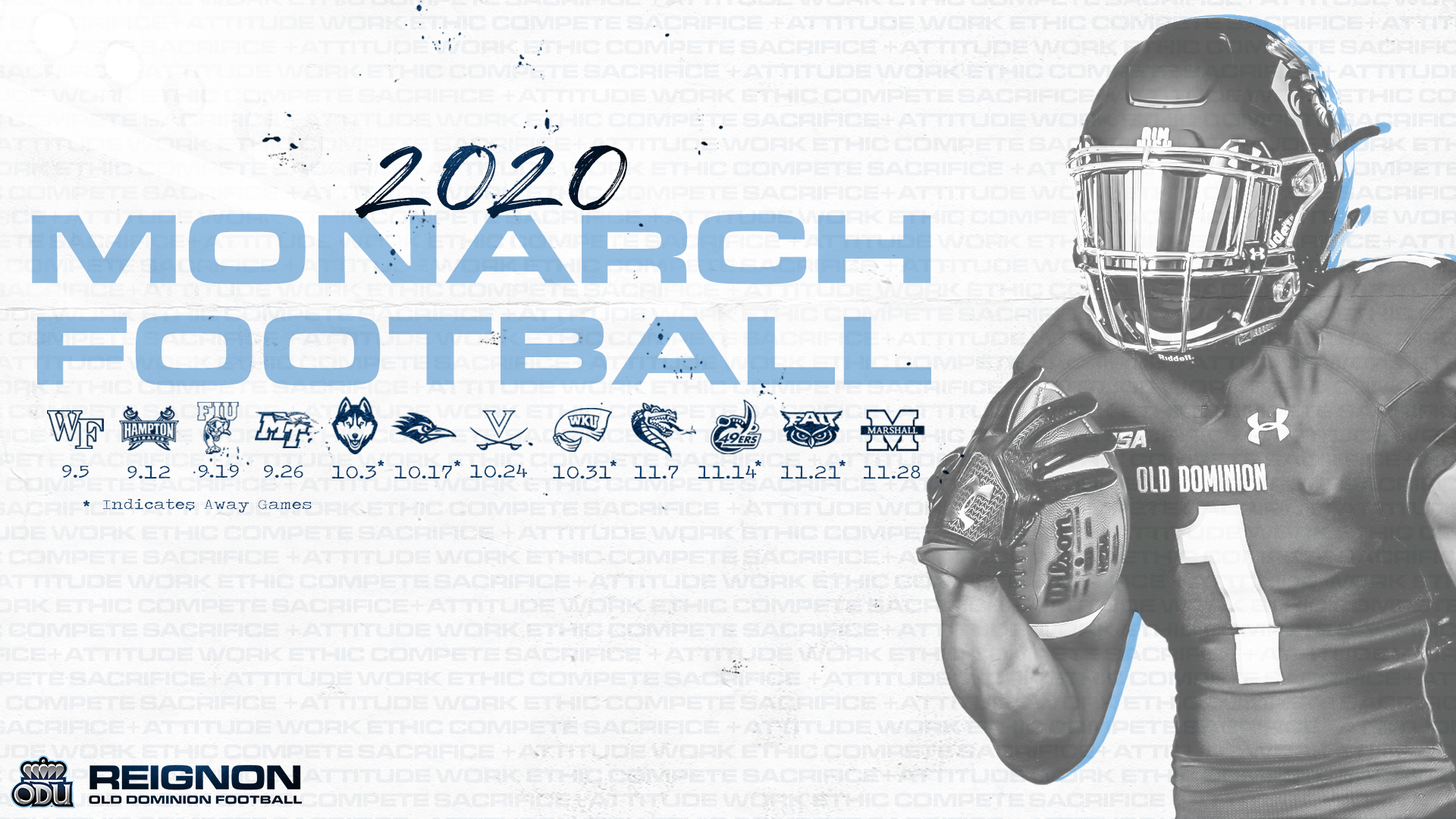 As the Rahne era begins, the Monarchs have possibly the toughest schedule since their football reboot in 2009. ODU is one of only a few “Group of Five” schools to schedule two “Power Five” schools.

The first season for new head coach Ricky Rahne begins when the Monarchs welcome ACC opponent Wake Forest to S.B. Ballard Stadium on September 5th. This will be the first matchup between the Monarchs and the Demon Deacons and will mark the first time ODU has hosted a P5 team to start the season. The last P5 team to visit Norfolk, period, was Virginia Tech in 2018, a game ODU famously won 49-35.

For the Monarchs’ second game of the season, they will host nearby Hampton University in the second of four home games to open the season for Ricky Ranhe’s Monarchs. ODU is 2-2 against the Pirates, with all four games being played at the old Foreman Field.

This is a game ODU should be expected to win, as the Monarchs are an FBS team up against an FCS team, and the FBS team should always be expected to pull out the win. Hampton is only about 15 miles from ODU and could see it as a chance to shake up things in the 757.

The third of ODU’s four home games to open 2020 is a home date with Conference-USA foe Florida International on September 19th. Last season, FIU got the win 24-17, but ODU is 3-3 against the Panthers all-time. FIU is on a two-game win streak in the series.

Last season, ODU failed to win a C-USA game, and turning that around certainly has to be the top priority for Ricky Rahne. That could start here, as this is a game ODU should be competitive in, if not have a chance to win. Hayden Wolff got his first career start against FIU in 2019, and performed well. The team will have to be a little bit better to top the Panthers this season.

The final of ODU’s four home games to kickoff the season is another C-USA matchup. The Monarchs welcome the Blue Raiders of Middle Tennessee, coached by Rick Stockstill. All-time, ODU is winless against MTSU, with their most recent meeting being a 38-17 Blue Raiders win in 2019 at MTSU.

The fifth game of the season, and the first road test for the Monarchs comes when they visit newly independent UConn for the first-time. UConn has been a bottom-feeder in FBS for a few years now. While ODU did go 1-11 in 2019, they are not as deep in the cellar as the Huskies. These two programs are heading in opposite directions, with ODU having a promising future, and many mulling over whether UConn should be playing FBS football. ODU could very well pull out the win in this one.

The sixth game of the season comes after a bye week, as ODU travels to San Antonio to face C-USA foes UTSA. ODU is 2-1 against the Roadrunners, with UTSA’s win coming last season as the Monarchs were in the midst of their worst season in program history. You would think that a win here wouldn’t be the hardest task for Rahne’s gang.

The Monarchs return home to face defending ACC Coastal Champions UVA, a team that ODU lead 17-7 at halftime last season in Charlottesville. This is the second of ODU’s two home games against P5 teams in 2020.

UVA went to the Orange Bowl in 2019, but will lose QB Bryce Perkins and CB Bryce Hall to the NFL. ODU is slated to return many of the same players that helped the Monarchs jump out to their 17-0 lead last season, so you never know.

For ODU’s eighth game, they head back on the road to face C-USA opponent Western Kentucky. ODU is 1-5 against WKU, with the Monarchs only win coming in 2018, 38-34 over the Hilltoppers.

Western is in the upper echelon of C-USA, and is a perennial contender for the conference title. A win over WKU would be big for the Monarchs and could send a statement that ODU is set to get back to the top of the conference.

ODU returns home on November 7th to face another team in the upper tier of C-USA, the UAB Blazers. The Monarchs and Blazers have played once, a 2019 UAB victory. Since UAB’s football reboot in 2017, they have been at or near the top of C-USA. Like WKU, the Blazers are a team ODU needs to beat in order to show they are back in the conference.

Both teams are young programs eager to contend and both could still be in the conference title picture when the two meet on November 14th.

The final road game for ODU comes against FAU. The Owls will be under the guidance of a new coach after Lane Kiffin jumped to Ole Miss. ODU is 2-4 against FAU, but has not won since the 2016 Monarchs win on the road, 42-24. Since that win, FAU has outscored ODU 151-64. That mark also conveniently marked the start of Kiffin’s tenure at FAU.

While the Owls do have a new coach, there may not be much falloff. Former FSU coach Willie Taggart took the job in South Florida. We will see if Taggart has learned from his mistakes in Tallahassee.

Overall, ODU has a schedule that could go either way. We assume that the Wake and UVA games are likely losses, but UConn and Hampton are games ODU should win. The conference games could be toss-ups, but it’s really too early for predictions. We don’t know how the Monarchs will look, as ODU will be under a new coaching staff for the first time in program history.

ODU has reduced their prices for season tickets this year. Reserved sideline benchback seats for $150, which is about $22 per game over seven games. The same seats were $200 in 2019. There are about 2,500 of these seats available.