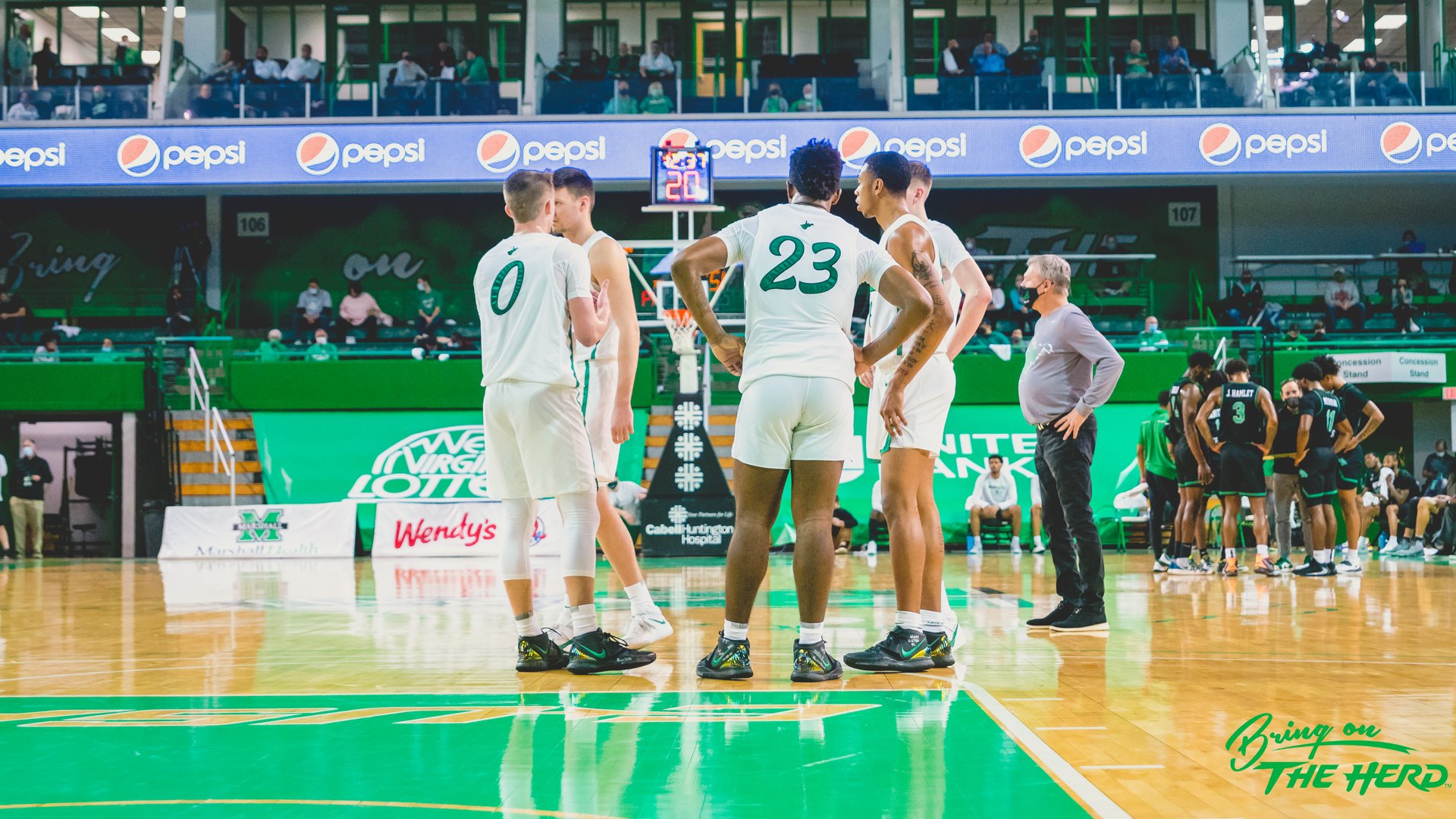 As Marshall men’s basketball prepares for its final series of the regular season against the Charlotte 49ers, it has one thing on its mind: getting the No. 2 seed in Conference USA’s East division and a first-round bye ahead of next week’s conference tournament.

“We’re definitely trying to get the (No.) 2 seed,” redshirt sophomore guard Andrew Taylor said. “That’s a big motivation factor for this week, just to give us a chance (for a bye). (The 49ers) are going to come out and play hard. They’ve lost six in a row, so don’t want to lose seven in a row.”

In order for the Thundering Herd to receive the No. 2 seed in the C-USA East and a bye in the first round, they will need to sweep the 49ers and have rival Western Kentucky (C-USA East’s No. 1 seed) sweep Old Dominion, who currently sits at No. 2 in the division.

Obviously, the Herd have a lot to play for this weekend, but there are also a few distractions that could get in the way of the two games.

The Herd are coming into the final weekend of the regular season with a quite a few injuries, most importantly to senior guard Jarrod West. West missed last Saturday’s win with ankle injury. Although signs point to West being back in the lineup this weekend, it is still to be determined how much he will play.

“If it’s at all possible, I know he will try (to play),” head coach Dan D’Antoni said. “We might start him and use him as we need him. He probably can go on it, but you don’t want it weak when you go to the tournament.”

Other players banged up include Taylor, Jannson Williams and Mikel Byers, but D’Antoni fully expects those players to be in the lineup Friday night and Saturday afternoon.

Taylor said that the Herd won’t overlook the 49ers this weekend with the conference tournament on the other side of the weekend.

“I definitely could be a trap series,” the Corbin, Ken. native said. “As for right now, we have (Charlotte) to take care of. I think this could be a great learning experience for us before the tournament because it just takes one slip-up.”

Staying consistent is something that will be on the team’s mind this weekend as it battles the 49ers.

“It just takes one missed shot, one missed free throw, so this weekend we just need to stay sharp,” Taylor said.

The 49ers come into Huntington eager to get back in the win column. They are on a six-game losing streak; junior guard Taevion Kinsey knows the Herd have to be ready for a team that’s hungry.

“It’s not going to be any type of walk in the park,” the Columbus, Ohio-native said. “They’re a very good team and have some all-league guards, (who are definitely) going to bring it come this weekend.”

Kinsey sees a similarity in style of play to the Herd’s last opponent.

“They play just like North Texas as an offense in some of the plays they run,” Kinsey added.

The Herd will have their hands full in trying to limit the scoring of sophomore guard Jahmir Young, who is fourth in C-USA in scoring, averaging 18.4 points per contest. Defensively for Charlotte, redshirt senior guard Jordan Shepherd ranks sixth in the conference in steals.

The Herd and 49ers will square off at the Cam Henderson Center in Huntington, WV on Friday at 7 p.m. ET and Saturday at 2 p.m. ET. Both games will air on Stadium TV.