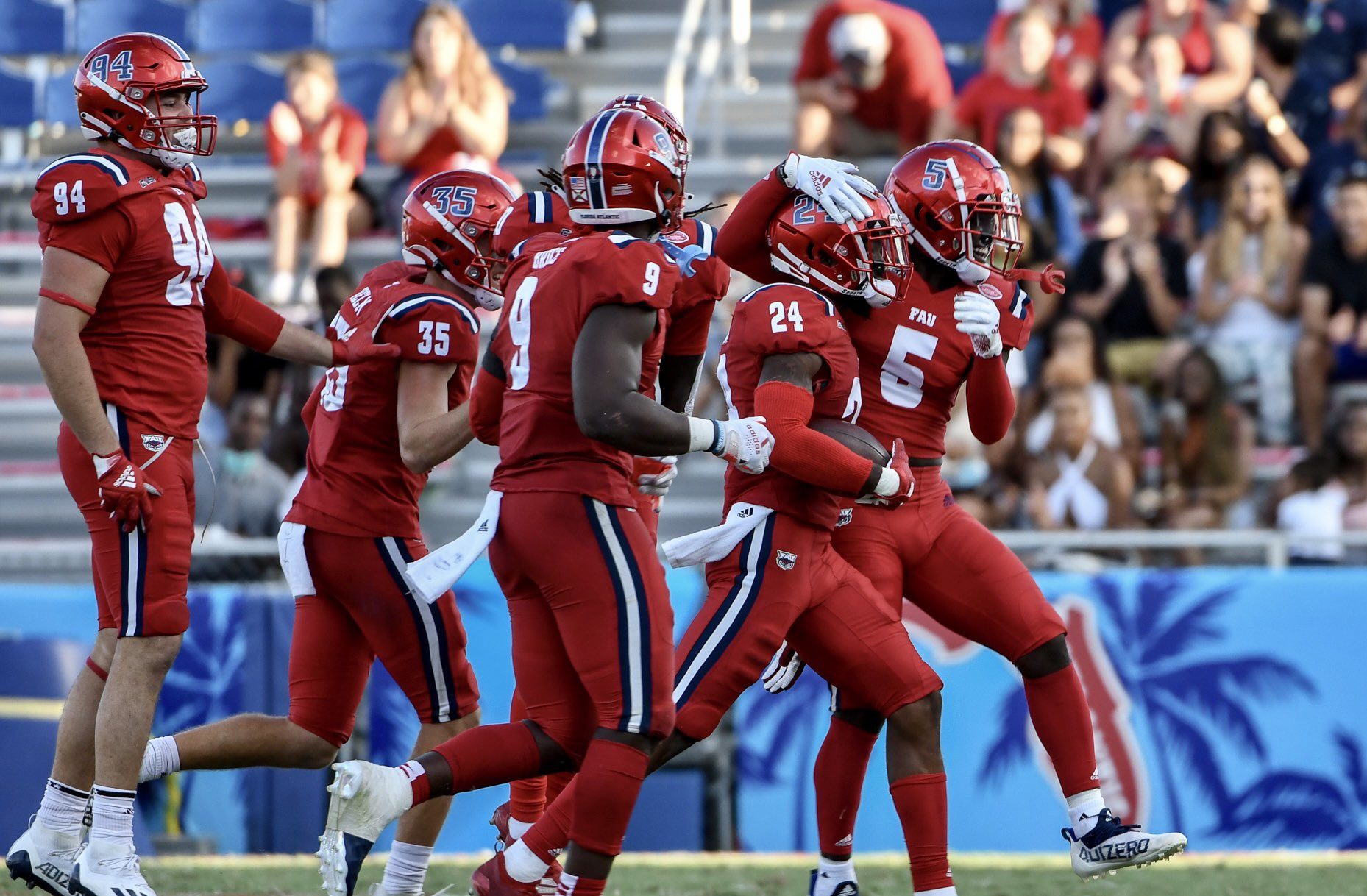 For the first time this season, Florida Football Friday will highlight a Group of 5 showdown.

On Saturday, Florida Atlantic will make its way to Birmingham to face UAB in a contest that will feature teams that have combined to win Conference USA in each of the last four years. Each comes in with a record of 3-2 and 1-0 in conference.

The Owls notched their fifth straight win over rival Florida International last week with a 58-21 rout. Despite being 3-2, FAU has still yet to play a game decided by fewer than 21 points. The Blazers are coming off a 36-12 loss to Liberty.

Both teams are headlined by their defenses. FAU has the second-best scoring defense in Conference USA while UAB has the fifth-best total defense.

The schools are at the bottom of Conference USA in terms of sacks, but FAU sophomore defensive end Jaylen Joyner ranks third in the league with three. Akileis Leroy is a veteran linebacker, who is the leader of the Owls’ defense. In the secondary, Zyon Gilbert and Teja Young are tied for the conference lead with two interceptions apiece.

For UAB, Keondre Swoopes leads the way with a pair of interceptions. He hasn’t gotten off to the greatest of starts, but defensive tackle Antonio Moultrie is a load for the Blazers.

Offensively, UAB isn’t flashy, but it is solid. Quarterback Dylan Hopkins averages 10.2 yards per pass attempts and has seven touchdown passes compared to just two interceptions. In the backfield, DeWayne McBride and Jermaine Brown Jr. are a solid 1-2 punch. Tight end Gerrit Prince is one of the best in Conference USA and leads the league with five touchdown catches.

For FAU, former Miami quarterback N’Kosi Perry has been a godsend. This season. the veteran signal caller has passed for nearly 1,300 yards and has 13 total touchdowns compared to just one interception. Perry is coming off perhaps the best game of his career, going 18-for-21 passing for 329 yards passing and four total touchdowns.

The Owls will have good skill players around Perry. Malcolm Davidson and Johnny Brown are a formidable duo in the backfield. Out wide, FAU has four different players with at least 175 yards receiving this season.

Saturday’s contest will be the first meeting between the schools since the 2019 Conference USA Championship and just the eighth all-time. Kickoff is set for 3:30 p.m. ET. The contest will stream on the Stadium Network.

Vanderbilt (2-3) at No. 20 Florida (3-2)
Saturday, Oct. 9 at 12 p.m. ET (SEC Network)
After a 1-2 start to SEC play, Florida will look to bounce back against Vanderbilt at home. The Commodores’ only two wins have come on last-second field goals. Florida has won 29 of the last 30 meetings.
Prediction: Florida 48, Vanderbilt 7

East Carolina (3-2) at UCF (2-2)
Saturday, Oct. 9 at 6 p.m. ET (ESPN+)
UCF let a 13-point fourth-quarter lead slip away last week at Navy for a second straight loss. With quarterback Dillon Gabriel out, the Knights will have to find a way to generate more offense. East Carolina looks to start 2-0 in American Athletic Conference play for the first time since 2014.
Prediction: UCF 34, East Carolina 30

Miami Dolphins (1-3) at Tampa Bay Buccaneers (3-1)
Sunday, Oct. 10 at 1 p.m. ET (CBS)
Since beating the New England Patriots in Week 1, the Miami Dolphins have lost three straight games and have particularly struggled on offense. Tampa Bay Buccaneers’ quarterback Tom Brady lost to the Dolphins at least once in six of his final seven seasons with the Patriots. The Buccaneers have won five of the last six meetings between the teams.
Prediction: Tampa Bay 34, Miami 17